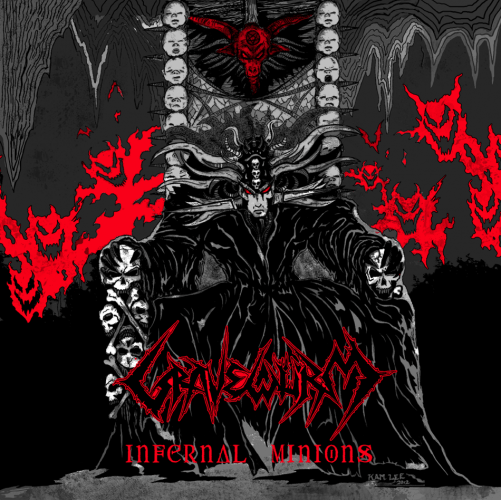 The track I heard last night is named “Mistress of Blood and Fire”. It’s available for download on Bandcamp and will appear on the band’s next album, Infernal Minions, which is due for release by Hells Headbangers on May 14. I got a Bandcamp alert about the appearance of this song yesterday, and once I saw the name Hells Headbangers, I knew I had to check it out. Damned glad I did.

This song is Grisly, with a capital G — rough, rancid, primal, and remorseless. It sounds like throw-back, first-wave black metal but with a thundering low end, both doomy as a mouldering crypt and hopped-up like a zombie rock club. Horrifying vocals, too.

I also listened to a second track from the album on Bandcamp — “Nocturnal Inquisition”. It’s just as distorted, ugly, stripped-to-the-bone, and infectious as the other song, with a little more speed but just as much gut-level ooomph. Makes me feel dirty just listening to it. Of course, I’m in love. 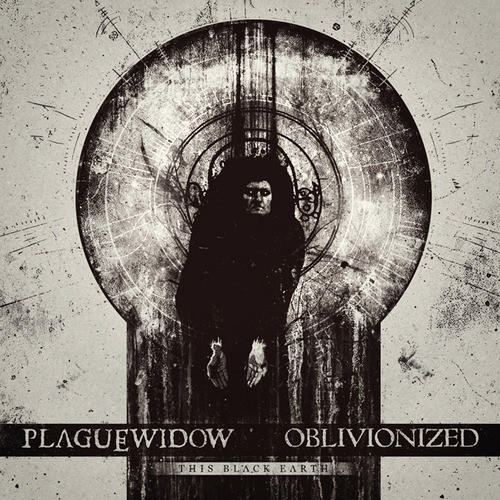 The sharp-eyed and quick-witted among you will recognize the very cool artwork above for This Black Earth. It’s a forthcoming split release by Sacramento’s Plague Widow and London’s Oblivionized, and we’ve already written about one of the Oblivionized tracks on the split (here).

Now it’s time to say something about one of the Plague Widow tracks, since the band started streaming it yesterday. This brutal, bestial bit of death/grind is named “Paralytic Levitation”. Think of it this way:

Your brain, in a meat grinder, spilling out the business end into a centrifuge, which then whips it into a fine slurry, which then gets pounded flat with mallets wielded by enraged gorillas. Get the picture?

This Black Earth can be pre-orderd on 7″ vinyl here. The split will include one more song from each band besides the two we’ve written about. For now, check out “Patalytic Levitation” below: 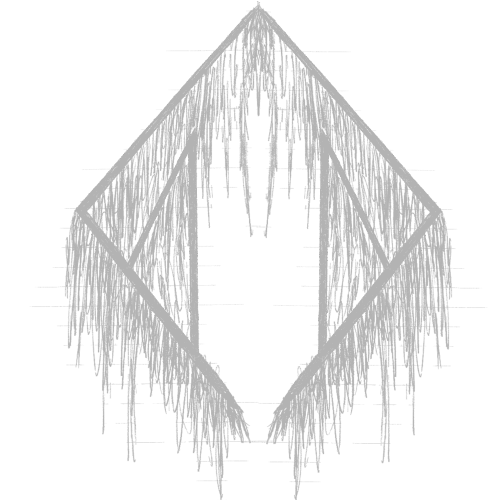 Cursed Altar is a one-man project from High Point, North Carolina. I gather from what I’ve read that the musical output until recently fell into the category of atmospheric/ambient black metal, but Cursed Altar’s creator is now moving into different territory. What I heard last night was a rough mix of an untitled song from Cursed Altar’s forthcoming split with a North Carolina black metal band named Heron.

I actually hope this track stays just as rough as it now sounds. It’s a crawling mass of distortion, feedback, and squirming maggotry. Completely bleak and inhuman, it’s a kind of experimental black metal cacophony that seems bent on grabbing hold of your head and fucking it so hard it won’t be able to sit down for a week. Of course, I’m in love.