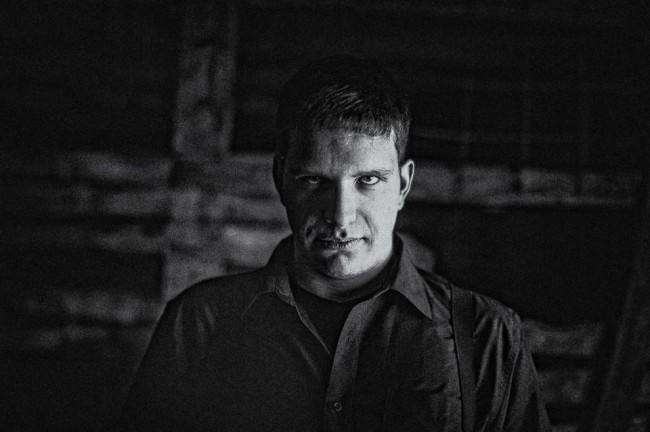 Nobody likes a fuckin’ whiner. This is an established fact, even among naturally sympathetic people. However, it does not prevent people from whining. It’s kind of like chewing your food with your mouth open. No one likes to watch that, but it doesn’t prevent people from doing it. So, I’m going to chew with my mouth open now.

I’m on Day 7 of being away from home on a work project that’s still going day and night and fucking up my blog time. I was up ’til 1 a.m. last night working. And when I got in bed I immediately suffered an attack of foot cramps that didn’t really go away until 4 a.m. Basically, I got about 3 hours of sleep and feel like death warmed over at the moment — with another long day and night ahead of me. Fuuuuuuuck.

Still, though bleery-eyed and in a fuckin’ foul mood, I did start my crappy day checking out some new metal, and found the following three items involving three under-the-radar bands that managed to improve my mood.

That photo above isn’t me, though it kinda looks like I felt when I started the morning. The subject of the photo is Davis Hay, the vocalist for an Eastern Canadian band named Kryosphere. The photo was taken recently by a really talented Edmonton-based photographer whose work I follow — Kafir Judas of Kefkism Design.

Seeing that photo sparked some curiosity about Kryosphere’s music, so I went in search of something to hear. I found a song streaming on SoundCloud called “Anthem of a Conscience”. Mr. Hay isn’t the vocalist on this song — his contributions will come on a new EP currently in the works. But his predecessor (JP Blais) sounds as scary as Davis Hay looks in that pic, sort of like a big red-eyed wolf that hasn’t eaten in a week.

The guitars swarm angrily, like a bag of hornets that’s being whipped around your head.  The percussion underscores everything with rolling thunder, and the song includes hammering rhythms and a nice melodic hook shooting through the skin-flaying riffage.

After I listened to that song I discovered that there’s a whole EP’s worth of music on SoundCloud, too. The EP is named At Six Feet and it was released in November 2011. I’m afraid I haven’t listened to the whole EP yet, but I’m including the player for it below. According to the band’s Facebook page, they’re recording a new EP now. 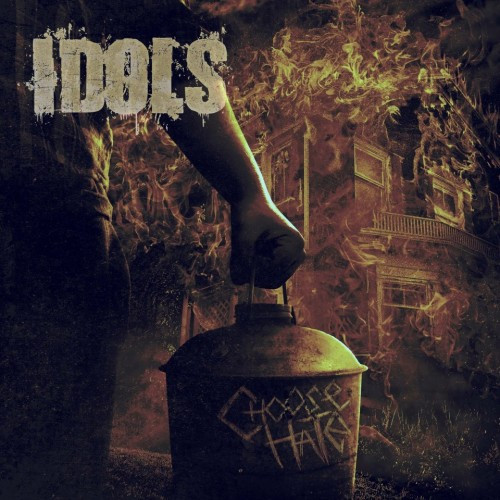 We don’t write much about deathcore here, but I have to give a shout-out to an unsigned Seattle band whose live shows I’ve enjoyed. The band’s name is IDOLS and they have a new album coming out called Choose Hate (which can be pre-ordered here).

Late yesterday they premiered one of the new songs — “Remnant” — on YouTube.

“Remnant” doesn’t waste any time bringing down a flurry of crowbar-heavy riffs — thick, blunt, and merciless. The breakdown caves in the floor, and then caves it in again. The vocals are gruesome, the drums are brutal, the winding lead guitar work is spicy. This mother woke me the fuck up today. I think it gave me a nosebleed too. 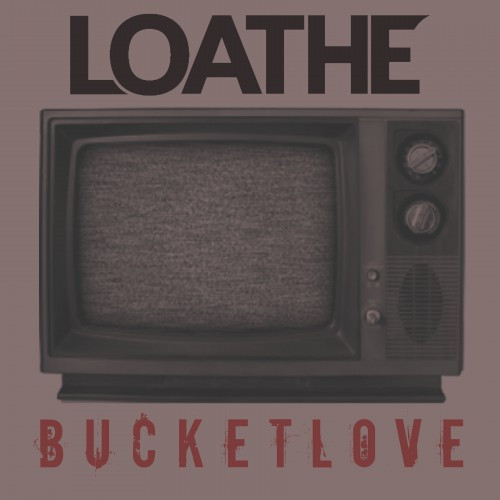 And last we come to a video that made me laugh out loud, which is a very rare occurrence when it comes to metal videos. Watching it made me feel like a shit for whining, because there’s so much spirited fun in this thing that being sour just seems . . . unseemly. Actually, being sour while watching this is nearly impossible.

The band’s name is Loathe and they’re from Malta. They’ve released three EPs, a 2010 debut album, and a new single named “Bucketlove” that saw the light of day in December. It’s destined to appear on a forthcoming EP named Lambs To the Slaughter, but it can be downloaded for free now on Bandcamp.

The song is a high-energy romp, sort of  a cross-over between melodic death metal and groove. Although the song itself is fun, it’s the video that landed it in this post. All the guys in this band seem to be natural-born comedians, though the drummer especially is off-the-charts, and the fast-paced video is filled with all sorts of other good-natured, smile-inducing activity that I won’t attempt to describe.

And man, is this thing well-made. I would like to give a standing ovation to everyone involved in the production of the video, but especially director Cedric Vella and his co-editor Stevan Pecorella. Watch below.

5 Responses to “WHINING, plus KRYOSPHERE, IDOLS, AND LOATHE”