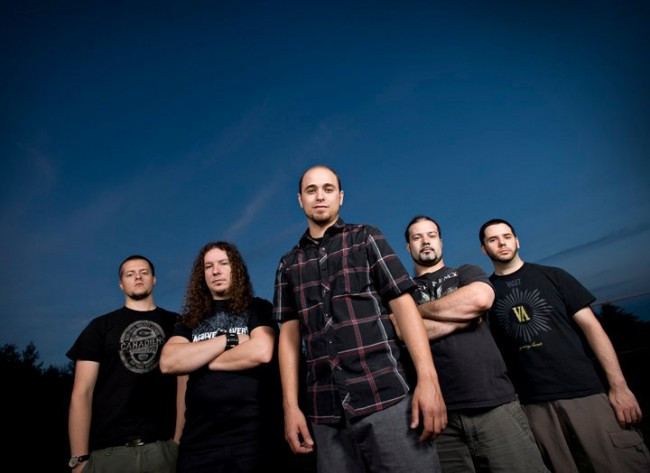 (Here’s a news update from DGR.)

It sucks to come home from work and start your day off likes this, but sometimes that is the way the world works. Melo-death group Archons are calling it quits, as posted in this message here on their Facebook page. The opening section is in French so I grabbed the pertinent bit for you guys here

We have an important announcement to do today. We officially announce you that ARCHONS has decided to disband. The decision was taken in good will from everybody. We all want to pass on to something else. Sadly, this means the second album won’t be released. Even if most of the recording is done, there is still too much to do. We thank all of you for your incredible support for all these years. We will never forget what we lived with Archons. Thank you!

I really enjoyed these guys and their debut disc The Consequences Of Silence, and while I don’t think the group from Rouyn-Noranda, Quebec, fully escaped sounding a bit like “Arch DarkTranquilArsis”, as one joking user put it, I still thought it was a damn good hybrid and Archons did do a lot with the genre – given its inherent scent of stagnation. They had excellent guitar work and were able to write some damn good music.

Not all things about the breakup are heart-wrenching though, as the band have made the two demos they previous published available for free download at their Reverbnation Page now that there is no chance of a second disc. I enjoyed both tunes as they came out and highly recommend “The Slumber”; it was the song that got me incredibly excited for the new album (you can tell, because I pretty much rammed it down Islander’s throat when we posted about it.) “Risen by Scars” is pretty good on its own, but if you only choose one then get The Slumber.

As a send off, here is the first song I ever heard by these guys and the one that got me into the band – “Wandering The Burning Land”.