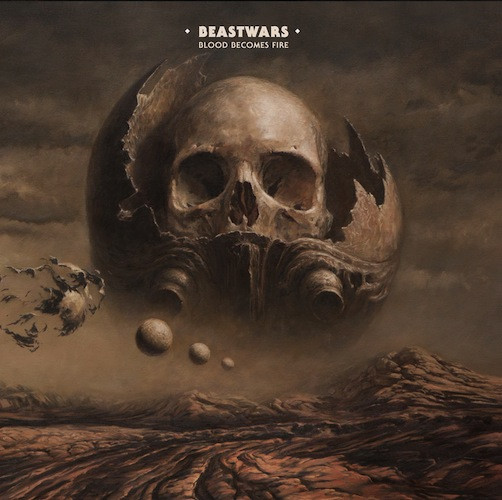 Matt Hyde has soul, and when he sings it sounds like he’s hacking up hot, smoking chunks of it. And while he vomits up his own soul in a vocal conflagration, his bandmates in Beastwars will pull yours down into an abyss. But you won’t mind. You’ll be too busy banging your head, caught up in the power of the riff.

I don’t mean to take anything away from the united contributions of the band as a whole, but when I think back on Beastwars’ stellar second album, Blood Becomes Fire, those are the two ingredients that leap to mind first — Hyde’s utterly dominating vocals and a phalanx of compelling, sludgy Clayton Anderson riffs. Add in James Woods’ bass lines, which mimic the grinding of tectonic plates deep in the Earth, and Nathan Hickey’s bone-breaking drumwork, and you get metal that’s as apocalyptically heavy as it is neck-snapping.

As far as I’m concerned, this New Zealand band had nothing else to prove after only one album. Their 2011 self-titled debut was that good. But although Beastwars may not have needed to prove anything after their first album, they have proved that they will have staying power, because their second one is even better than the debut. 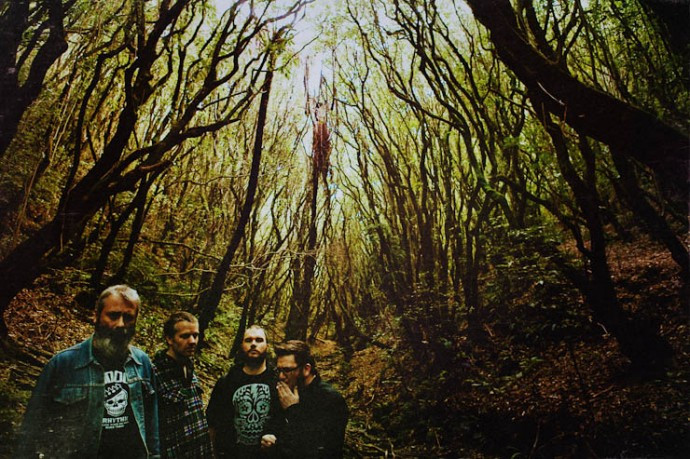 Blood Becomes Fire is a concept album, its evocative lyrics devoted to the dreamlike observations of an astronaut from another planet stranded on a dead or dying Earth 1,000 years into our future. Consistent with the apocalyptic theme, the music blows like the howl of a black wind scouring a blasted wasteland. It’s dark, primal music for the end of times.

Compared to their work on the debut, the new album reflects even greater self-assurance and an even more complete mastery of their musical vision. It pulls no punches: the weight is crushing and the atmosphere is utterly catastrophic. This isn’t pretty or uplifting, but it’s emotionally arresting and the songs are quite memorable.

The pacing never reaches high speed. As close as they come is on the opening track “Dune” and on “Caul of Time” in the album’s middle. Both songs are marked by massive chugging, the bass guitar grinding like giant grit-encrusted gears about to lock up, and by riffs that punch and rumble. They’re high-intensity tracks, and probably my favorites on the album (and I swear I can hear a blues harmonica in “Caul”).

But my favorite moments are lodged elsewhere on Blood Becomes Fire: Like brief rays of light through the murk, unexpected and immediately captivating guitar melodies surface in the last part of “Rivermen” and in the slow, eerie song called “The Sleeper” at the album’s end. I’m also partial to the mammoth stomp of “Shadow King” and its squalling guitar lead. 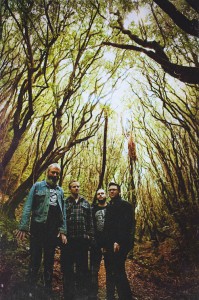 There is a dichotomy in the music. On the one hand, it’s visceral; it penetrates deeply into the guts and the bones; it’s physically powerful. On the other hand, it’s a head trip, like waking dreams of a dying sun, with psychoactive guitar moments salted throughout the album that will have their attractions for fans of stoner metal as well as consumers of doomy sludge.

Which brings me back to Matt Hyde, because there’s a dichotomy in his vocals, too. A steady diet of his gritty, no-holds-barred, agonizing vocals over the course of the entire album’s length might be overpowering; I can think of few vocalists in metal today who are capable of matching him for raw emotional honesty.  But he pulls back here and there, just enough, dropping into subdued clean vocals that are like a balm for the wounds he inflicts on the listener — before he resumes clawing fresh ones.

In a nutshell, what we have in Blood Becomes Fire is one of 2013’s best albums to date. I have no doubt that I’ll still be saying that come December.

And finally, a word about the Blood Becomes Fire album art. It’s another creation of the stupendous Nick Keller, whose phenomenal work graced the first Beastwars album. The new pieces, in all their gatefold glory, both outside and inside, are below. You can see higher-res versions of them at this page, where the album is also available for pre-order on CD, vinyl, and digital.

Now for some music. Here’s the band’s official video for “Tower of Skulls”; I also recommend you visit the band’s web site (here) and look for the music player at the bottom of the page, which is a taster of the “Side A” songs on the album.