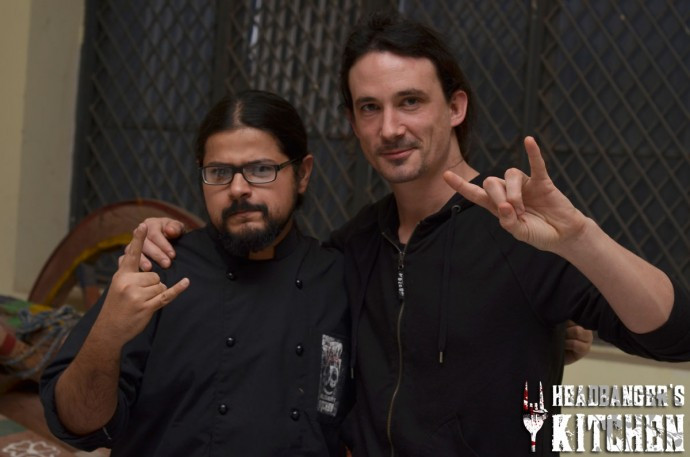 I’m not an aficionado of Indian food. Hey, I grew up in Central Texas: a plate of Tex-Mex enchiladas smothered in chopped onions and sliced jalapenos or a slab of brisket served on wax paper is my go-to comfort food. So chole bhature was a discovery for me. But the chole seems to be prepared with green chile and onion, so it can’t be bad, can it?

The new video begins with Demonstealer’s preparation of the food, and then at about 10:40, you’ll see the interview with Joe Duplantier, who is as engaging, intelligent, and good-hearted as ever. And it’s cool, once again, to think about the contrast between the laid-back, gentle personalities of these two guys off-stage and their bestial aspects while performing with their bands.

This 20-minute conversation is worth watching in full. I learned, for example, that Joe played session bass and one live show for The Cavalera Conspiracy, something I never knew, and you’ll also discover Joe’s favorite dish, which may surprise you as it did me. Plus there are some insights into Gojira’s music and how they achieve their unique sound. And eventually, of course, Joe chows down on the chole bhatura.

So, I wrote at the beginning that there would be one more bit of Demonstealer news in this post, and here it is: 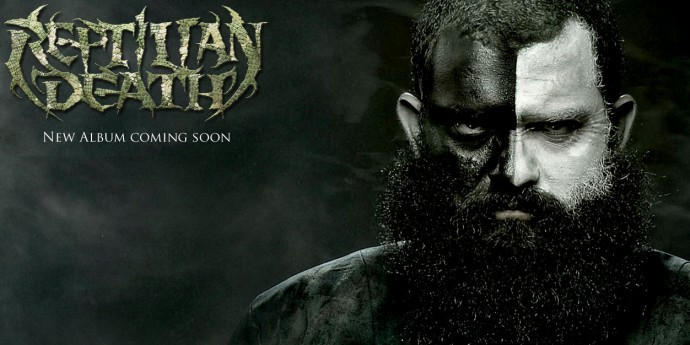 Reptilian Death is a side project of Demonstealer whose last release (the Intestinal Feast EP) came out all the way back in 2006. I like the list of lyrical themes provided for the band at Metal Archives: “Gore, Violence, Body Parts, Reptiles”.

After several years of inactivity, Reptilian Death are working toward the release of something new. I suspect it will be something badass, judging by the promo photo by Roycin D’souza of RD’s new vocalist Vinay Venkatesh (Bhayanak Maut). Well, not just for that reason. There’s also this teaser to judge by — a brief tempter for a forthcoming video of the rejuvenated band’s surprise performance at “Domination: The Deathfest 2013”:

The video of this live Deathfest performance will be premiering on April 1 (no foolin’).

And here’s a taste of the music in a video of Demonstealer’s guitar tracking for one of the new songs:

And finally, here’s an oldie but a goodie from the band’s last EP. If you’d like to check out more historical Reptilian Death material, there are four more older tracks to stream and download for free at this location.

One Response to ““THE HEAVIEST CHOLE BHATURE IN THE UNIVERSE”: GOJIRA AND DEMONSTEALER IN THE HEADBANGER’S KITCHEN (AND A BIT OF NEWS ABOUT REPTILIAN DEATH)”