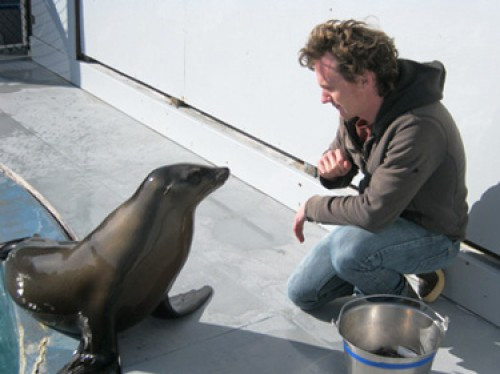 Late yesterday I got an e-mail from an NCS reader whose initials are MV, pointing me to an article that appeared yesterday on The Verve web site. According to the article, researchers at the University of California at Santa Cruz successfully trained a sea lion named Ronan to bob its head in time to music.

The article said that this achievement was published in The Journal of Comparative Psychology and called it “a study that may change our understanding of how rhythm is acquired.” It reported that Ronan is “the first non-human mammal that can keep a beat”.

The article also included a YouTube video of Ronan bobbing her head to the beat of . . . gulp . . . The Backstreet Boys. It stated that once Ronan had been trained to keep the beat to one song, she was able to easily do the same thing to different beats in other songs.

This seemed like something worth featuring here at NCS, but I was cautious. Yesterday was April Fool’s Day, and I’d already gotten burned once by completely falling for Full Metal Attorney’s post about recording a Mercyful Fate cover album. So I decided to roll up my sleeves and do some actual in-depth research.

First, I found what appeared to be an official press release by the University of California at Santa Cruz (USSC). The release pointed out that before the achievement with Ronan, scientists believed that keeping a beat required the ability to engage in vocal mimicry — the kind of thing you see in parrots and cockatoos. But sea lions aren’t known to do that. So the study seems to suggest that musical ability may not be unique to humans after all — or so says the USSC press release.

But the press release is also dated April 1.  This could have been a USSC April Fool’s conspiracy! So my next stop was the Journal of Comparative Psychology, where the Ronan study was supposedly published online on April 1 (according to the USSC press release).

I found the site (here), but saw nothing about the Ronan study on the home page and saw nothing to indicate that anything had been published on April 1. All I saw was a link to the last edition of the Journal — published in February. So I checked out the table of contents to the February issue, just to be safe. I found nothing about the Ronan study there, but I did find titles such as these (I shit you not):

Does a nonprimate mammal, the Northern tree shrew (Tupaia belangeri), exhibit paw preference in two forms of a grasping task?

Turtle vocalizations as the first evidence of posthatching parental care in chelonians.

In the company of cowbirds.

I fought down the temptation to dive into the article on turtle vocalizations and continued hunting.

Eventually I found a press report about the Ronan study on the web site of the American Psychological Association (APA), which publishes the Journal of Comparative Psychology. This was a much more detailed report than the others I’d seen. For example, I learned this:

Ronan’s first musical “dance” lesson was to the tune of a simplified section of John Fogerty’s “Down on the Corner,” the study said. Once Ronan was trained to bob her head to music, the researchers tested her with two pop songs, “Everybody” by the Backstreet Boys, and “Boogie Wonderland” by Earth, Wind and Fire. Without any prior exposure to the songs, Ronan was able to bob to the beat of both songs over the course of multiple trials, according to the study. She then showed that she could follow along to five different tempos of “Boogie Wonderland.”

By this point I was pretty sold that the Ronan study was a real thing — despite the fact that the APA press release was also dated April 1. I mean, what are the odds of an April Fools conspiracy this widespread and well-organized?

The clincher was when I found an abstract of the Ronan study on a page that offered the option of buying a download of the complete study for $11.95. Now, you might think that having gone this far to establish the bona fides of the head-bobbing sea lion I would fork over the $11.95 for the complete study. 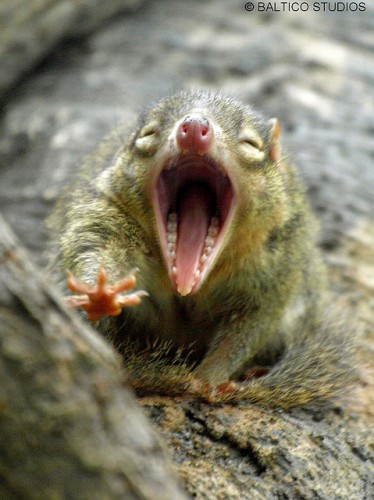 I assume this photo was taken when the little fucker was listening to the Backstreet Boys.

Anyway, back to the original article on The Verge. Leaving aside all the people who thought the Ronan video was an April Fool’s hoax, these were my favorite comments about the video that appeared at the end of the article:

“I’d listen to that crap for a fish too.”

“Just after the 0:53 mark, I thought it was having a seizure…. which I was kinda expecting.”

“How does he react to Seal?”

“They should have played Rick Astley.”

“You know this guy got high as shit one night to come up with this study.”

Which brings me to the words of MV when he linked me to this article in the first place: “Obviously the next phase of training involves Meshuggah.”

3 Responses to “APRIL FOOLERY? OR IS IT TIME TO MOVE THIS SEA LION UP TO MESHUGGAH?”