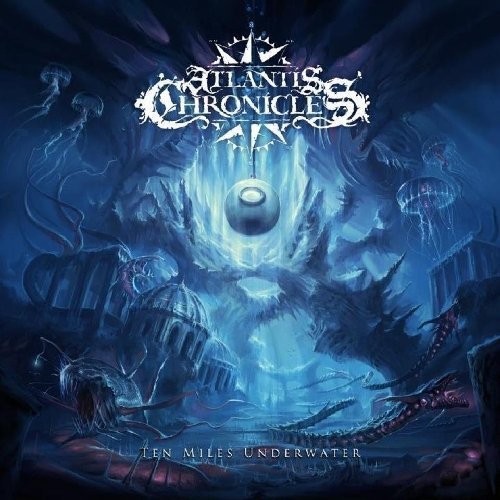 Here are a few reviews and music for several new groups, one slightly older but awesome group, and (in Part Two) also a review of the new Okular album, Sexforce. Okular aren’t new to this site, as Islander reviewed their debut Probiotic way back in the olden days of 2011. Part Two will come tomorrow.

For many of us death metal fans,  the introduction of metalcore, deathcore, or djent into the music of modern bands is an irritation that often times is the weakest link in the music, instead of being used sparingly to build the songs. Atlantis Chronicles are here to wash away the tripe of others in a dizzying showcase of melodic core-influenced metal that uses those ideas to build up the music, but never overpower it.

Atlantis Chronicles remind me quite a bit sonically of Beyond Creation, with their quite apparent and similiar virtuosity and musical scope. They differ from just a technical death metal sound as they also tackle a progressive thrash element, similar in a way to Revocation. Then, on top of all that, they have a very unique and varying recipe for switching between and combining ethereal leads, stuttered headbanging grooves, and frantically played riffs.

Formed in 2007 under the name Abyss in France, they released their first EP in 2009, then changed their name (due to legal reasons) to Atlantis Chronicles and released this, their debut: Ten Mile UnderWater. The album is a conceptual tale based on well-known early diver William Beebe and an odd device he had designed for himself as a diving apparatus called the Bathysphere. The concept catalogues a fictitious account of a dive where he encounters monsters and madness.

Atlantis Chronicles have riffs for days, buttloads of mindblowing leads, loud creative bass playing, solos upon solos, intriguing groove contrast, killer drumming, and nary a moment of filler. Traces of metalcore and deathcore pop up occassionally but never overpower the music. Ten Miles Underwater has a spacey melodic feel that perfectly matches the theme of feeling trapped underneath waves.

Atlantis Chronicles deliver a feeling of drowning, a cerebral floating embrace of death that kills with intrigue. It’s mesmerizing and eloquent, with a refined bombastic embrace that stands above the soulless feeling of many technically oriented groups. Lots of bands throw weaker or too-similar tracks at the end of their albums, but luckily Atlantic Chronicles doesn’t fall into this trap. The album goes out on a absolutely massive kick with total crushers, one after the other: “Stomias Boa”, “Behold Kraken”, and the epic closer “William Beebe”.

The album can either be bought physically through the band or through Itunes. 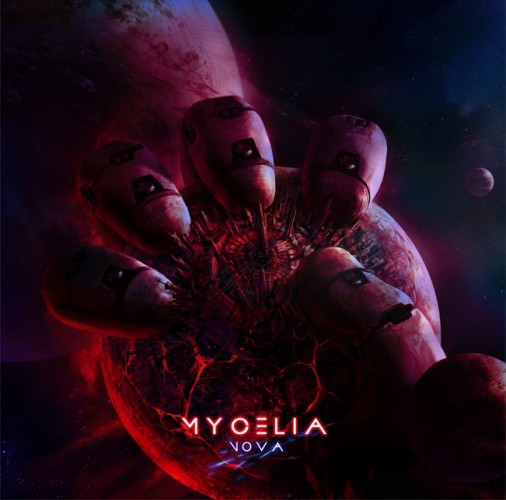 Since I’m in the ballpark of discussing new diverse death metal bands, I need to draw your attention to Mycelia from Zurich, Switzerland. They have a crushing deathjent thing going on but have the good sense to write intricate tasty riffs beyond just grooving and core-ing out with lots of faster technical death metal parts.

Nova is a big meaty feast of thick, well-thought-out riffing, vicious vocals, and hard-hitting drums. Mycelia have a wonderful tendency to let their music shift constantly and progress instead of just repeating the same parts. For every idea they include that would be merely a trope in others’ hands, in theirs it is just another songwriting tool used to advance the music.

The first two tracks, “Smashmortion” and “Ectoparasite”, offer up the opening palate for the album: Savagely robotic-toned death metal, equally fond of trippy, uniquely played djent diversions, finds a fluid alternating rhythm in the audible slap-happy bass playing.  The three instrumentals differ from this framework; one is dubstep-themed, and I personally don’t hate it, but the other two are intriguing groove-based numbers that I like more.

The best of those two comes in the spacey waves of instrumental “Dopamine”, which builds up to an ungodly heavy bouncing mass of robotic rhythms that unfold in beautiful hypnotic drops. The slightly more chaotic instrumental that unfolds from “Event Horizon” is another psychedelic, propulsive back-and-forth mechanical sea that sucks you in with its entrancing, lead-heavy grooves.

A slight misstep is found on the weak clean singing that nearly ruins “C.O.R.P”, which is also guilty of a rather straight-foward  ballad structure. Fortunately, after this song the album get’s back to business.

The album ends strong on a three-part suite: “The Golden Ratio”, which from the first part to the third becomes increasingly experimental and stronger. Powerful piano playing and synth arrangements collide with shred-heavy guitar and some of the sickest bass playing of the album on “The Golden Ratio: Prologue”. Part two continues the piano integration and offers a melodic ripper that catches a couple of slick grooves on its way out. Finally the third part, “The Golden Ratio: Epilogue”, wraps things up in a symphonic wellspring of sophistication, beginning with frenetic piano melody quickly caught up by slick angular  riffs and clean singing similar to Mastodon’s.

All in all, a diverse album with something for everyone and most every bit of it done very well. Nova can be found found on their Bandcamp for around $11, give or take based on your currency!

2 Responses to “UNDERDOGS IN THE UNDERGROUND: THE DOGS . . . WHO LET THEM OUT?”