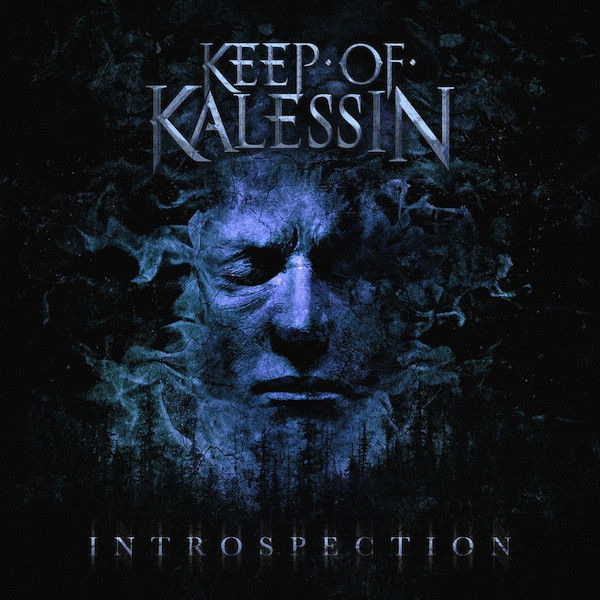 Over the last week Norway’s Keep of Kalessin began another mysterious countdown on their Facebook page, similar to the countdown that led to release of the band’s official video for a hot new song named “Introspection”. Today the new countdown ended, and what came at the end was the release of a new digital EP by the same name — Introspection. The EP is now available at the following online digital services (the iTunes link below is to the Norwegian site — it’s not yet available on iTunes U.S. or Amazon U.S., but the band say that will happen soon):

The band have  also announced today that Introspection is the first of several new EP’s and singles that they plan to release throughout the year, leading up to a new album that’s projected for October 2013.

In addition to the new single “Introspection”, the EP includes another new song, “Flight of the Hatchling” (the band’s first instrumental-only recording), and what KoK call “an extreme version of ‘The Dragontower'”. Here’s a more complete statement by KoK’s songwriter, guitarist, and new frontman Obsidian C:

“The new digital era opens some opportunities for bands and releasing digital EP’s makes it possible for such a diverse band as Keep Of Kalessin to release some tracks and new versions of tracks that would not necessarily fit on an album.

“Introspection is a very personal song for me and deals with some issues I guess many can relate to when they start questioning themselves and what’s really important in their lives. As a musician you’re always sacrificing personal life for the band and lately I’ve been wondering if it’s all worth it. Girlfriends, friends and family have always come second and I guess it’s only natural that some priorities change as you grow older. So….basically I guess this is my midlife crisis caught on tape.”

“Flight of the Hatchling is our first instrumental song and shows the band from a very different side. As the title suggests this is our own type of Flight of the Bumblebee kind of song, even though it’s not a cover version, but a song entirely written by me.

“We also added a version of The Dragontower, which I’ve wanted to release for some time now. The only change to this version is in fact how the drums are playing and shows that the song is very much Keep Of Kalessin and now sounding more like The Divine Land or Ascendant type of songs.

“On Reptilian we had mostly blastbeat songs and the reason why we chose the “slower” version of The Dragontower was simply to make it stand out and to give the album more diversity.

The extreme version is the same tempo and same recordings as previously released except from the drum tracks which have been re-recorded with more of Vyl’s furiosity.”

We’ll hold off commenting on the new music until later — the main point of this post is to get the word out about the new release. Band links are below: