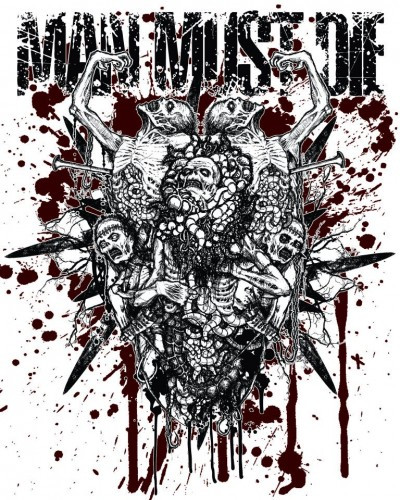 More and more bands are resorting to on-line fundraising campaigns in an effort to finance the recording and self-distribution of new music. Some of those campaigns have succeeded beyond the band’s wildest dreams, and some have turned into big disappointments. It appeared that the recent fundraising efforts of Scotland’s death metal juggernaut Man Must Die — a band whose past music we’ve backed hard at NCS — would fall into the latter category, but the tide is turning. It’s time for a final push.

MMD launched their on-line fundraiser via pledgemusic.com in early February, setting an ambitious target of. As late as last week, the band admitted defeat in this statement on their FB page: “We would like to thank everyone who tried to help make the new album happen but with only a few days left the reallity is we will not make our goal. MAN MUST DIE will try our very best to release something this year and we will include the names of all the people who pledged in the credits as a token of our appreciation.”

But it turns out that all was not lost. Today brought the following update:

“We have some great news, we have negotiated with pledge to extend our campaign by 7 days, and to reduce the target a little in order for us to get this album moving. We have 9 days left to do this guys and we are almost there, would be amazing to go over the 100%, the more we make the more time we get to make this album killer, thanks everyone for your continued support and lets see if we can make this happen, \m/ the steel is close”

And get this — when I checked just before putting this post up on our site, the band was 98% of the way toward meeting their revised target amount.

If you want to hear new music from this band, do what we’ve done and contribute now. There are 9 days left to put MMD over the top. Here’s the link: