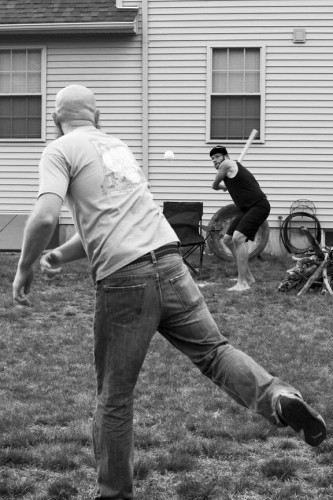 (Andy Synn is back with yet another of his five-item lists of favorite things.)

TheMadIsraeli’s review of the newest Killswitch album (which I still haven’t actually gotten around to listening to) got me thinking, mostly about missed chances and wasted potential. As a fan of KsE, even I have to acknowledge that, due to a variety of factors, some beyond their control, some due to their own decision-making, the band may have squandered some of their early potential.

That may sound rather harsh; it’s not meant to be but it may sound it. But I think it’s unfortunately an accurate assessment of things as they stand. Losing Jesse, the stalling of their initial momentum while they recruited Howard, the more simplistic, mainstream leanings that sanitised their most recent work… all these combined with the general state of the music industry and some unfortunate timing, have meant that the band never reached the “megastar” status which was, however fleetingly, hinted at by their early potential.

Now I know what you’re thinking. Killswitch Engage are pretty damn mainstream, at least by metal standards, right? Well that’s kind of my point… we often forget, we proud underground warriors, that for most bands, being part of the metal “mainstream” means fuck all to the “actual” mainstream. Bands with legitimate underground cred who get the merest sniff of wider exposure are immediately attacked for “selling-out” even when they’ve not changed a thing, they just happened to be in the right place at the right time.

But what I’m talking about here are five bands who had the possibility, however slight, of achieving real recognition (mainstream or otherwise), real status, without sacrificing their integrity or identity, but for whom it never quite “happened”.

I’m sure you’ll disagree with some of my choices, but please bear in mind that I’m a big fan of all five of these bands, and would have been happy for them to blow-up big, because I trust – as a fan and as a “critic” – that they’d have stayed true to themselves despite all that. And, as a result, I’m actually quite sad that these bands never received the success or rewards that I feel their hard work deserved. 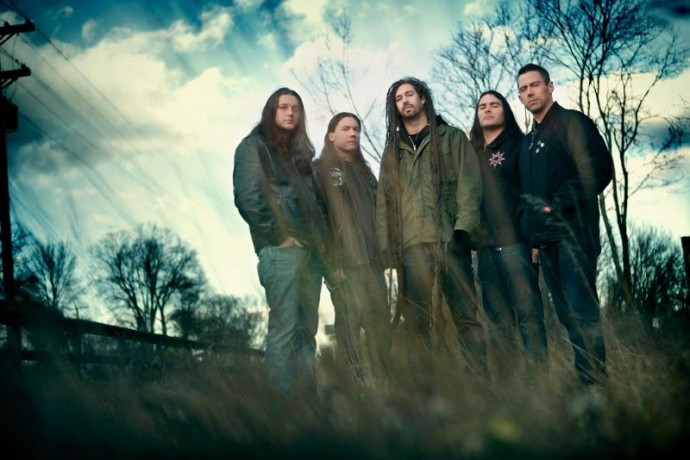 Buddies, bros, and bffs of the Killswitch boys, it’s arguable that Shadows Fall had the best potential out of all the “New Wave of American Heavy Metal” to carve a long and successful career for themselves at the top of today’s metal dogpile. And I’m not sure why they never really “broke big”. They certainly have all the tools:

I’d argue that, since getting Fair on board, they’ve not produced a single “bad” album, with only Threads Of Life letting the side down somewhat… although I still contend there’s some killer songs on the second half of that record. 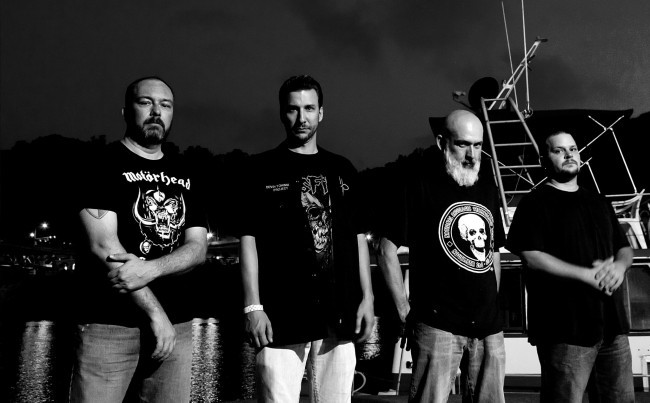 Another band whose basic ingredients suggest that, on paper at least, they should have been absolutely huge, Byzantine have the hooks, the songwriting, the technical skills (along with the wherewithal to know when/when not to use them), the soaring clean vocals, and the melodic heaviness, to have been a huge crossover smash.

The hints of Meshuggah and Opeth endear them to the underground crowd, the soaring clean vocals stand head and shoulders above most mainstream dross, and the memorable, distinctive riffage and solos provide a perfect rallying point for those in search of something both challenging and instantly accessible. Plus they have more killer riffs than you can shake a stick at.

If Lamb Of God had ever taken a chance and brought these guys out on a major tour as support, I would put money that the exposure might have put the band over the top. Let’s hope that the second chapter of the band sees them get the attention and accolades they deserve. 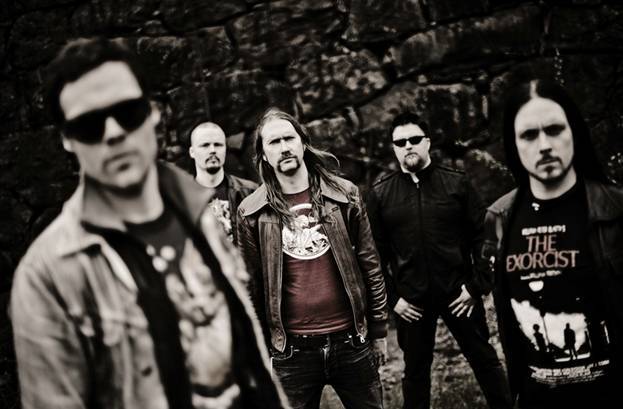 Look, I know they’ve had their issues, their ups and downs and what-not (a fluctuating line-up, crowned by multiple singer changes, an extensive hiatus, record label blues, etc) but my god this band should be being worshipped as absolute kings by now.

They crush, they pummel, they bludgeon… they don’t sell out… they won’t sell out… hell, they probably COULDN’T sell out even if they tried. Molten riffage just pours from their fingers every time they’re set to a guitar, and no matter who’s behind the microphone we’re treated to a snarling, unrelenting vocal performance designed to piss on, and piss off, the neighbours.

Potential Superstar song – “(I Am) Hell” 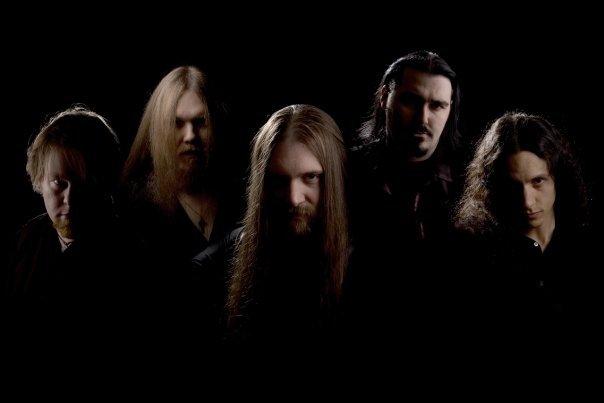 You may have noticed there’s a fair bit of clean singing in amongst these five chosen bands. It’s not surprising, as the ability to sing cleanly certainly opens up a lot more potential avenues for bands, regardless of whether you consider that “selling-out” or not. Metal began with clean singing. Heck, music itself began with clean singing. It’s a real skill and it’s most definitely art. It always has been. I’d argue that only with the advent of the distorted guitar did the way open up for “harsh” vocals at all.

So clean singing certainly has the history and the pedigree as a musical art form over death growls and the like. And yes, bands with clean singing can be just as “metal” as bands who eschew the style.

Case in point: Novembers Doom. This band should be huge. Don’t argue. It’s true. Effortlessly emotive. Plaintively romantic. Melancholic and melodic, but thunderously heavy when they want to be, they epitomise the perfect balance between clean melody and death-growled brutality. In fact with the recent (arguable) decline of Opeth in the eyes of many, it’s the perfect time for people to switch their allegiance to this Chicago quintet.

What’s more we need to remember that bands can achieve impressive success and recognition without ever going near the Billboard charts, as there’s an untapped market of prog-rockers and fringe-dwelling goths out there who’d doubtless fall in love with the band if we could only get them out of the metallic ghetto they seem to be stuck in.

Potential Superstar song – “A Eulogy For The Living Lost”

Always the bridesmaid, never the bride. That pretty much adequately sums up the situation for Peter Tagtren’s other main musical venture. Major support slots with Rammstein and Nightwish (of all bands) have certainly done a lot for the band’s profile over the last 5/6 years, but they’re still consigned to the mid-to-low-level club circuit on their own tours, and can barely get arrested across the Atlantic.

Maybe it’s because Peter has to split his time between so many different endeavours (not just Hypocrisy, but also the studio he runs and the town he’s mayor of) that the band haven’t taken the sort of leap into the mainstream consciousness (at least in Europe, where things are certainly different than the mainstream in the US) that might be expected of them. Maybe it’s just a case of bad timing, or of “too little, too late” with regard to their recent exposure.

Whatever it is, it’s an unfortunate state of affairs – particularly after seeing how devoted (and mixed) their core fanbase actually is. They’re the sort of band I’m equally happy recommending to someone transitioning into heavier music as I am offering up to someone with more “serious” tastes, who want to relive the sort of shameless sense of fun and exhibitionism that they might have lost along the way. Shoulda, woulda, coulda.

EDITOR’S NOTE:  What do you think of Andy’s picks?  And what bands do you think should have blown up a lot bigger than they did — or have so far?

39 Responses to “FIVE OF MY FAVOURITE . . . BANDS WHO SHOULD HAVE BEEN HUGE”