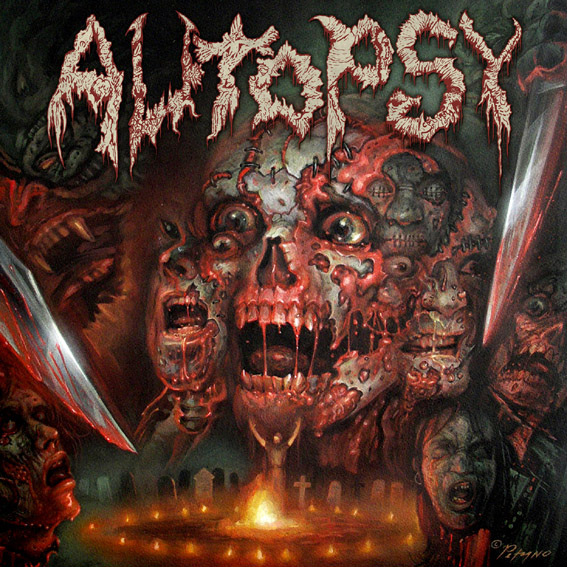 I nearly fell out of my chair when I saw the artwork up above sitting in my e-mail in-box. I’m surprised it didn’t scare my e-mail program into a state of catatonic non-functionality. It was created by Joe Petagno (Motörhead, Pink Floyd, Led Zeppelin) and it graces the new album by the legendary Autopsy, The Headless Ritual.

In addition to unveiling that eye-catching piece of grisliness, the band also announced today that the album will be released on July 2 via Peaceville Records. The press release I got also included this quote by drummer/vocalist Chris Reifert:

“Expect nothing less than the monstrous brutality that Autopsy has been known to offer. Laurels will not be rested upon, trends will not be followed and mercy will not be shown. Mark your calendars for June and pick out a coffin to lie down and die in. Darkness and death await…”

Fuck yes. Have a look at the track list after the jump.

9 Responses to “AUTOPSY: “THE HEADLESS RITUAL” IS COMING”