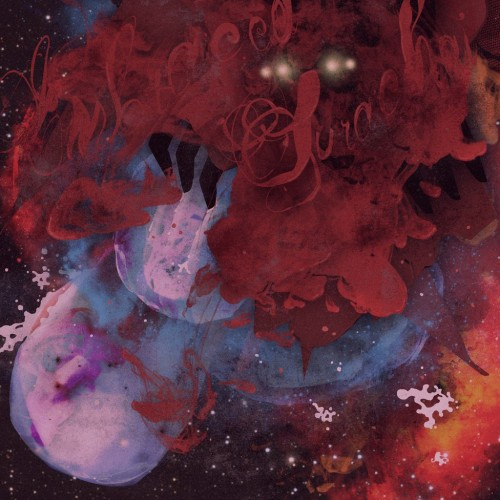 (We are delighted to bring you the premiere of “Surrender” by Surachai, preceded by the following review by NCS writer BadWolf.)

Industrial black metal has not historically produced very many good bands or records—or that many records at all, for that matter—but 2013 is bucking that trend. I’ve heard several records that mix contemporary black metal with electronics and samples to excellent effect so far this year. Spektr and Altar of Plagues immediately come to mind, and now we can add Surachai’s new record, Embraced, to that list.

Ostensibly Surachai is another one-man black metal project, the brain child of Surachai Sutthisasanakul, who has been working as a sound editor by day and making experimental records by night for the past few years. Of course, he is working out of Chicago, home of many such avant-black metal projects such as Nachtmystium and Chrome Waves (and ex-Nachtmystium guitarist Andrew Markuszewski is one of many session contributors to this album).

Embraced sounds richer than your average bedroom black metal record. Surachai layers samples with guitar and various electronic effects to create an almost symphonic atmosphere. That mix is perfected by some of the most intricate black metal drumming I’ve heard since Cobalt’s Gin, courtesy of guest drummer Charlie Werber of Guzzlemug. That percussion absolutely makes the record whole. The magic of Surachai is his ability to make soothing music out of so much abrasive noise.. 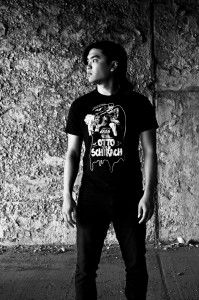 Take for example, “Surrender,” which closes out Embraced. The track begins with a hail of sampled noise before breaking into what, at first, sounds like a traditional Norwegian-style tremolo riff, complete with muted blast beats, but before things feel like so much Burzum worship, more odd percussion floats in overtop the sound, lending everything a tribal feel. The song slowly cycles from mellow to blasting to mellow again, before breaking into a third section anchored in a completely gorgeous melodic guitar riff, with a hook that could be a lullaby in some language I don’t speak, from a place I’ve never been.

That lullaby closes “Surrender,” as well as all of Embraced, but the first two tracks on the record are at least as twisted and imaginative as this song is. Together, they make a very solid half hour (did I mention these songs are long?) of avant-garde metal.

Embraced will be released on April 23 through Trash Audio and Surachai’s Bandcamp. It comes highly recommended. All hail the year of the industrial black!

You can hear “Ancestral”, the first song on Embraced, at Surachai’s Bandcamp page, and the second track, “Sentinel”, is streaming at Invisible Oranges. And now, here’s “Surrender”: