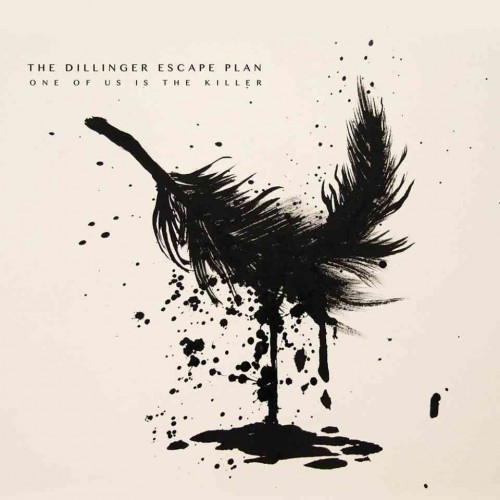 I’m going to pretend I’ve never heard of The Dillinger Escape Plan. I’m going to imagine that I have no idea what their music is like. I’m going to forget that I’ve heard “Prancer” from their new album and develop temporary amnesia about the fact that they convincingly lose their minds on stage, just as they often do in the studio. I’m just going to watch this brand new DEP video for a song called “When I Lost My Bet” and react to it with no preconceptions. I know I can do this. Here we go:

HOLY FUCKING SHIT, WHAT DID I JUST HEAR AND SEE?!?

The music is totally off the chain — bursts of grind-like freakazoidica, explosions of spastic riffing and un-strung rhythms, vein-bursting yells, fast and slow, loud and soft, insane and . . . insane.

And the visuals? Thoroughly surreal — umbilicals that go where they don’t go in nature, walls with mouths, feathers and blood, faceless heads, dust and dirt, and too many other things to even comprehend on a single viewing. Mitch Massie directed this video, and you can’t not watch it once it starts. So, brace yourselves . . . and watch it!

“When I Lost My Bet” will appear on DEP’s new album One of Us Is the Killer. It comes out May 14 on Sumerian. DEP will be headlining this year’s edition of the SUMMER SLAUGHTER TOUR, which runs from July 19 through August 24 in North America. The full line-up is as follows:

The full schedule of dates hasn’t yet been announced.

9 Responses to “THE DILLINGER ESCAPE PLAN: “WHEN I LOST MY BET” (THE VIDEO)”