“Nothing endures but change.” – Heraclitus of Ephesus

This maxim holds as true today as it ever did, and it’s one that Altar Of Plagues seem to have taken to heart with Teethed Glory And Injury, their third full-length album.

Previous records, both EPs and albums, conjured a sense of dramatic, living decay. The lengthy songs pulsed with a heartbeat of draining entropy, a shadowy warmth, and a visceral, elemental feeling of life – albeit a life in inevitable decline. But at some point even entropy has its end. Every decline reaches its conclusion. Nothingness. Nullification. Void. What comes after?

Teethed Glory and Injury is a rebirth unlike any other. This is no phoenix-like triumph, no glorious resurrection. It is a cold, malevolent awakening. A sound born from the other side of nothing.

“Jagged” is perhaps the perfect word to describe this album. It’s broken, fractured, difficult to grasp and to hold, all sharp edges and indistinct dimensions. On first attempt it bites the hand that tries to seize it, eluding attempts to capture and contain it. The very nature of it seems to preclude understanding, abandoning the body and the physical elements of its past life, with only the faintest of elements –the intangible soul, inchoate and indistinct – left over to maintain the slightest thread of continuity.

What once was has been inverted.

Stark, almost industrial tones replace the flowing, organic auras of their previous work. Songs shift shape in sudden spasms of transformation and transfiguration, where once they metamorphosed with a dark, fluid grace. What melody exists is strangled, drained, colourless – reflected in the band’s artistic shift from dark, naturalistic tones to a harsher palette of hardened blacks and whites, shaded by amorphous, insubstantial greys.

Stabbing thrusts of abrasive guitar work seem to leap out of nowhere, their crippling, jarring contortions shattering the uneasy balance of baleful ambience and brittle atmospherics that underpins the album, and which serves as the closest thing to a unifying foundation it possesses.

Born out of willing self-annihilation, the birth and growth of the music here is at times unnatural, almost aberrant, in its sudden leaps of bizarre evolution and twisted synthesis. Its dissonant vibrations and claustrophobic, droning underbelly seem to shudder and shimmer while standing still, moving without motion, unchanging yet never the same. The ceaseless transformation of sound is unrelenting and undeniable, yet at times almost imperceptible, creating an atmosphere of unbearable tension and unyielding pressure, resisting all attempts at categorisation, juxtaposing lifeless monotony with moments of shocking aural violence.

In amongst the hypnotic cadences and atonal cacophonies there remains a tiny remnant of the band’s early humanity. Buried beneath layers of post-apocalyptic electronics and half-drowned by staggering waves of bleak, inhuman aggression there is a faint voice, a desperate cry, of human frailty and vulnerability. Awash in loathing and alienation, dehumanised almost to the point of extinction, there is still a spark of life at the core – a soul, a sense of self – whose existence resonates in fine lines and exquisite shades throughout the album. 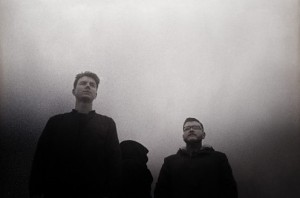 Where once the band’s sound was a reflection of a universal truth – all things must end, all life must pass – now it expresses something far more obscure, something more individual, both disturbed and disturbing. Every note transmits a sense of things seen that cannot be unseen, of revelations unwanted yet inescapable. It paints a vision of hideous beauty and cold, unblinking horror – motion without life, existence without purpose, sound and fury, signifying absolute nothingness.

With its willing denial and deconstruction of the band’s identity Teethed Glory and Injury occupies the same mindscape as Ulver’s infamous Perdition City, a rejection of what was in favour of the stark truth of what is.

Both records exist as conceptual entities, art for art’s sake, and both albums conjure an unsettling soundtrack to things not yet realised, a window into a non-existent reality. Yet the world inhabited by Altar of Plagues is a darker place, a reality painted in shades of black and white, its edges made indistinct by feverish greys, where emotion is suppressed – yet never quite annihilated – beneath the breaking weight of a world spun off its axis, tormented by the relentless and irresistible forces of change.

Altar of Plagues understand that when change is constant, nothing remains the same. Life, continuity, existence, are just the illusions we use to deny the true nature of reality. Teethed Glory and Injury is perhaps the closest expression, the closest approximation, of what it feels like to confront this terrible revelation. It’s a void into which we all must stare, a black mirror that reflects the haunting truth.

EDITOR’S NOTE: Teethed Glory and Injury is now streaming in full at Pitchfork Advance. It can be ordered here. Two songs that have premiered to date, including one official video, are below:

6 Responses to “ALTAR OF PLAGUES: “TEETHED GLORY AND INJURY””