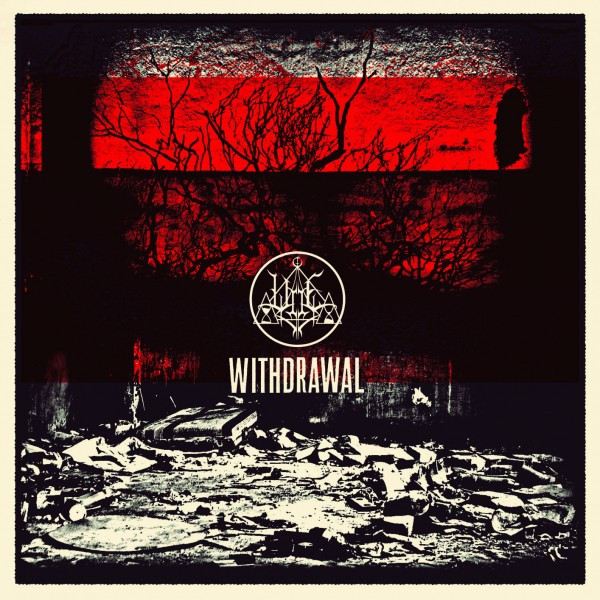 There’s a sense of urgency that pervades Woe’s new album Withdrawal, the kind of urgency you might feel if an arsonist threw a gasoline bomb through your bedroom window at 3 a.m. Which is to say, it’s scorching, and it delivers the kind of adrenaline rush triggered by the fear of being burned alive. Speaking of being burned alive, Chris Grigg shrieks his way through the album as if that’s what was happening to him, crying out in astonishing pain or rage, or maybe both, his vocal chords seared by emotion until surely they reached the limits of their endurance by the time recording ended.

I don’t know about you, but I’m perfectly happy listening to music that sounds like it’s been fueled by an accelerant. The cathartic effect of hailstorm riffs and blasting drums coupled with barely human screams is a pearl of great price, even when I remember nothing of the experience after the fire has been extinguished. But if that’s all Withdrawal offered, it wouldn’t be one of the best black metal albums of the year — and it is.

Even on the first listen to the first song, it began to dawn on me that there would be surprises in store on Withdrawal. I began to anticipate them in each song, and I wasn’t disappointed. In both small and large ways, the music pushes beyond the boundaries of conventional black metal (and yes, by now what was once revolutionary has become conventional), warping the form into something not merely cathartic but also fascinating, and ultimately quite memorable. 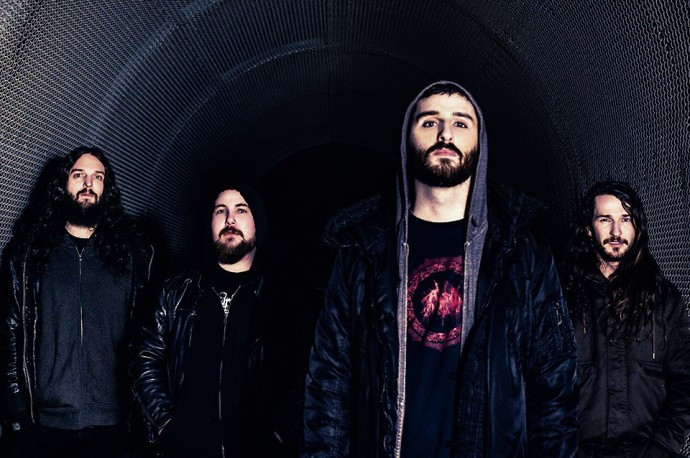 The surprising moments are often passages of change within the songs. The changes aren’t jarring. It’s more the opposite of that, where the main thread of the music is jarring, even harrowing, where tension is built to the snapping point and the change brings a release — a momentary reprieve until the tension begins to build again.

It would be boorish of me to spoil all the small surprises, but I’ll mention a few, just to make more concrete what I’m trying to describe: the clean vocals (which are quite good) and strummed chords that suddenly appear amidst the blasting drums, needling guitars, and swarming melodies in that first track (“This Is the End of the Story”); the change in drum rhythms and riffing and the melodic solo that segments “All Bridges Burned” (and the appearance of a second vocalist in that same song); the sweeping, somber tremolo melody that rises above the frantic percussion in “Ceaseless Jaws” and the solitary strumming of guitars that breaks the song’s tension; the space created for a soulful guitar solo in “Exhausted”, a song that’s otherwise a storm of razored riffing and off-the-chain drumming.

But the changes come in larger as well as smaller ways. “Song of My Undoing” is one continuing series of transitions, from simple rock beats and infectious punk chords to a slow, entrancing melodic passage (again featuring strong clean vocals) to hammering riffs and gut-busting bass notes to a full onslaught of tremolo whirring and percussion blasting. And the album-ending, mid-paced title track opens up into ringing chords and an appealing dual-guitar melody that echoes in the mind long after the final notes have been played.

Although Withdrawal is in many respects a challenging listen, one that burns with instrumental and emotional intensity, it also consists of actual songs, with structure, well-placed transitions, and melodies that grab the listener’s attention even when they’re woven subtly into tapestries of unsettling bleakness. My own favorite track, the one that for me may best sum up all the songwriting ingredients that make the album so magnetic, is “Carried By Waves To Remorseless Shores of Truth”. It incorporates rock and punk stylings into the black metal storm, it’s loaded with melodic transitions and thematic variations, and it’s catchy as hell. I already know it’s one of those songs I’m going to revisit a lot even while trying to stay focused on the next new thing.

Woe has been a band to watch from the beginning, when it was just Chris Grigg’s solo project, but on Withdrawal the now-expanded line-up has hit a new high. This is a gripping, creative, wonderfully executed album that deserves a wide audience.

Withdrawal is available digitally on Bandcamp via this link, and on CD and limited-edition vinyl via Candlelight’s online store. Woe’s Facebook page is here. And this is the music: