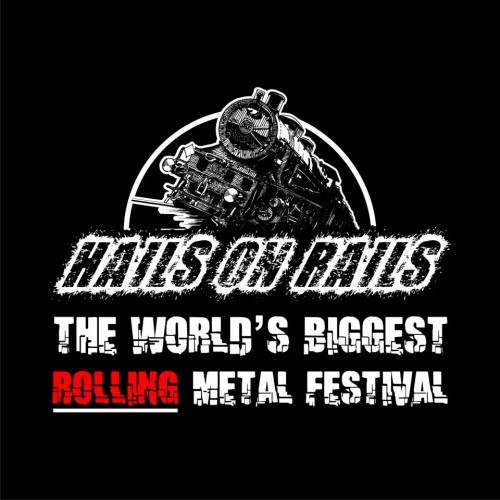 Yes, ladies and gentlemen, about two weeks ago HAILS ON RAILS set up a web site and made its appearance on Facebook, billed as “The World’s Biggest Rolling Metal Festival” — “3 Days, 7 Cities, 10 Bands, 400 Fans, 1 FREIGHT OF HATE.” This movable feast of metal goodness is supposed to start rolling across North America in the Spring of 2014, with band announcements to come . . . someday.

There aren’t any other details to share with you at this point, because HAILS ON RAILS hasn’t provided any other details, like where the trip starts and ends and how the hell you get back to where you started. However, this won’t stop us from filling in the information gaps with our own rank speculation. Half the fun of being “slow-rolled” on these marketing “roll outs” is guessing what’s coming, am I right? So, here we go.

I’m guessing that the organizers are going to charter a string of Superliners — the double-decker passenger cars used by Amtrak on long-haul trains. In the Superliner coach cars you get an upper and a lower level with wide, two-and-two reclining seats that include footrests, retractable legrests, and a 50-inch”pitch” (the distance from one seat-back to the next) that makes for very comfortable and commodious seating, and near lie-flat reclining angles. 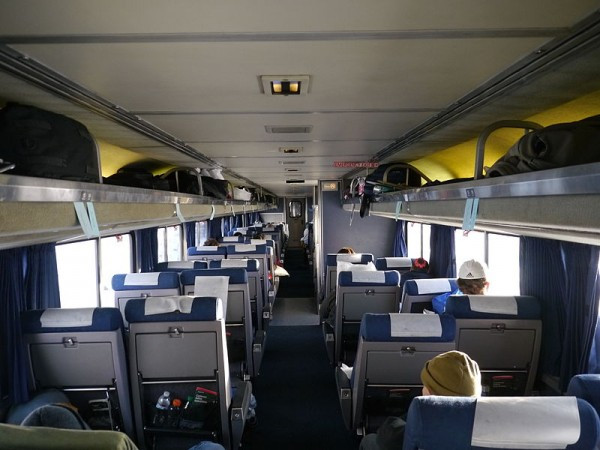 And man, wait until you see the Superliner lounge cars with enormous windows on the upper level that wrap upward into the ceiling, providing lateral views of scenery along the train’s route and the twinkling of stars above you at night. 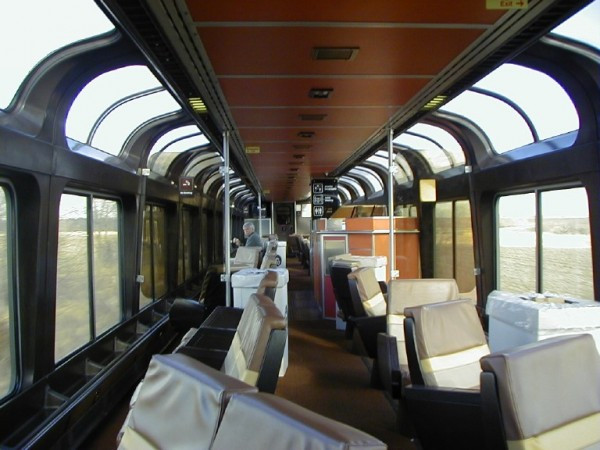 Pretty fuckin’ rad, am I right? Of course I’m right.

Of course, with the festival lasting 3 days, you’ll need a place to park your worn-out asses at night, and that’s where the Superliner sleeping cars come in. Some of them are configured with deluxe bedrooms that include your own shower-equipped private toilets and some of which are configured to provide “Roomettes” on both sides of the car, with upper and lower bunks on both sides of a central corridor. And what says “metal community” better than sleeping in bunk beds over and under your fellow metalheads and sharing a toilet with them? 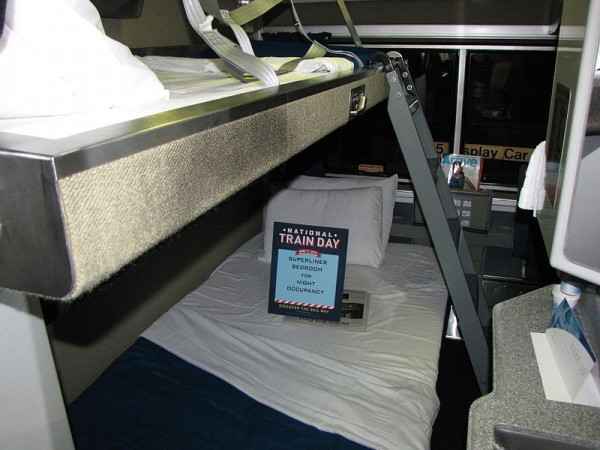 Of course, no self-respecting movable metal festival would be complete without 24-hour bars and restaurant facilities, and that’s where the Superliner dining cars would be ideal, like this one on the California Zephyr: 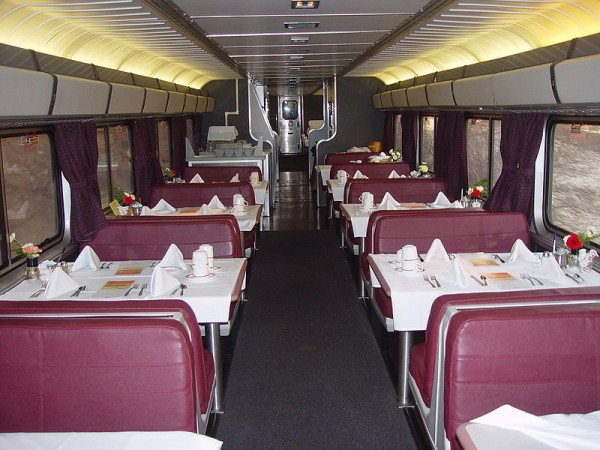 The more I think about it, the more this idea has got those ocean-going metal cruises beat to hell. I mean, on those things you get a fire in the engine room and before you know it the toilets have stopped working and you’re wading in feces with no food or electric power. Fuck that shit!

The train won’t have swimming pools like those festival cruise ships, but so what? Every metalhead I know looks like they’ve been living in a cave for the last 5 years anyway. Seriously, if you don’t look like a damned vampire then you’re not really a trve metal lover; I don’t care what those posers on 70000 TONS OF METAL were doing out in the sunshine. And if you really just felt like you had to catch some rays on this tour, take another look at the photo of the lounge car — you get some sun AND you’re not swimming in someone else’s urine in order to get it.

And between band performances, whenever fans got tired of drinking, staring at passing scenery, or star-gazing, they could engage in fun outdoor activities and thrilling contests like these: 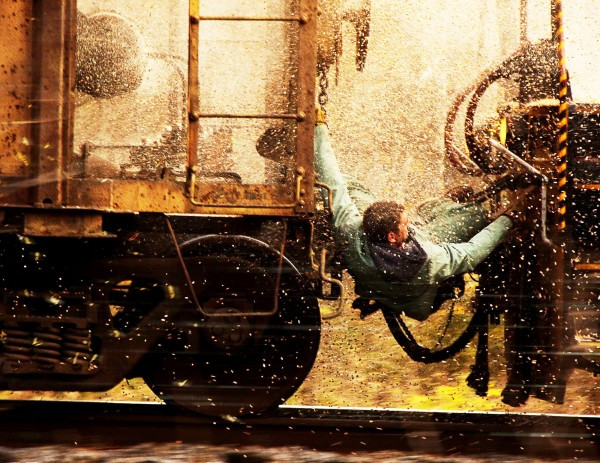 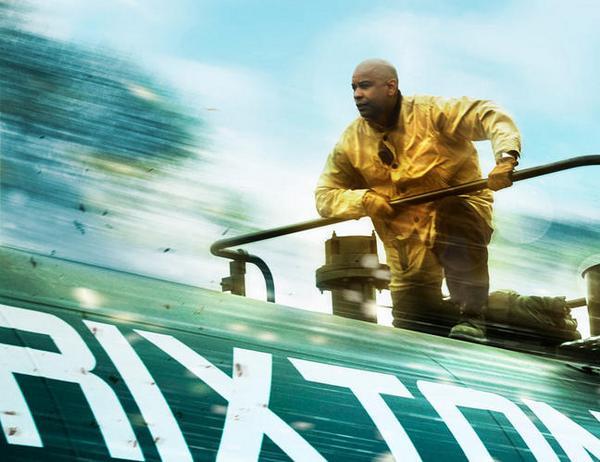 Of course, the organizers would have to make sure that none of the paying customers got into the locomotive cab for a turn at the controls, or you’d have this kind of fun: 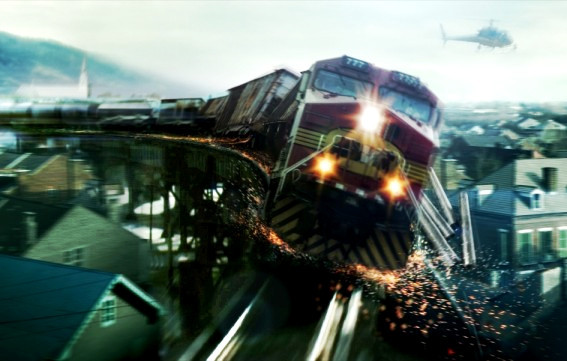 I can already imagine the kind of bands that ought to be lined up for this thing. One of them would have to be Sorcery, because with an album cover like this one it’s just an obvious choice:

Devil’s Train would have to be another one, because this: 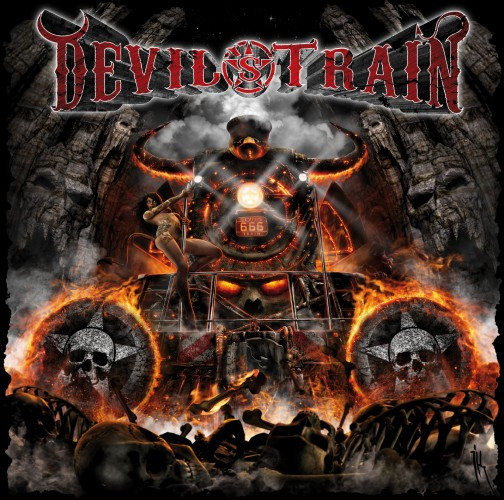 There’s only one little problem that’s got me scratching my head. Just one small issue, though I’m sure there’s a solution, even if I haven’t thought of it yet: Where the fuck are the bands supposed to play?

I guess you could clear out one of those Superliner cars and just turn it into a really long, really narrow floor, with the band backed up at one end. That would be some sweet moshing, particularly if the train were making a sharp turn at about 100 mph.

So yeah, HAILS ON RAILS! The FREIGHT OF HATE! Setting a new standard for moving metal festivals. Gimme my damned ticket!