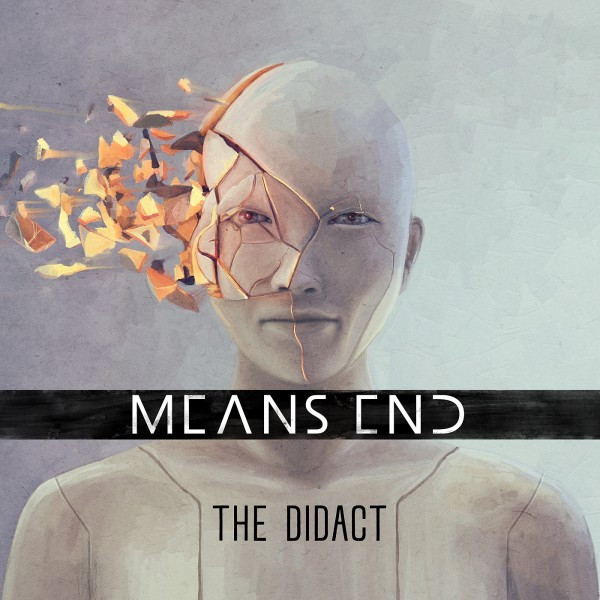 (In this post we deliver unto you a full-stream of the new album by Sweden’s Means End, which we preface with the following introduction by NCS writer TheMadIsraeli. And yes, it’s an exception to our usual rule . . . the one about singing.)

Means End are the final link in a triad of bands who are all conjoined by “that word”, mainly because Vildhjarta, Uneven Structure, and Means End have all shared members at some point or another.  Something about this seems to have produced a certain magic that’s undeniable.  All three bands have taken a style of metal that at this point, in other hands, has become trite, overdone, and less appealing than chugging a jug of smegma and rotten milk, and somehow managed to rejuvenate it while establishing distinctive identities for themselves.  Means End certainly have a sound all their own.  Yes, they have recognizable influences (and who doesn’t in this day and age?), but what they do with those influences really shines and stands out.

The Didact is fifty-one minutes of jazzy, funky, rhythm-driven, progressive groove metal with one of the best vocalists in metal right now.  The music is cinematic, enigmatic, but still seething, with fangs dripping in battery acid.  It’s this band’s sense of dynamics, moving between the gorgeous and moments when they bring the hammer of thall down upon you, that really stands out.  The soft parts don’t really feel “soft” per se, because this band’s tendency toward ever-evolving key transitions produces more a sense of unease than a simple break from the heaviness.  However, when the heaviness does hit, it pretty much implodes your intestines.

We have the awesome privilege of streaming The Didact today for you. While this is most definitely a band I’ve been backing as much as anyone else featured at this site, this album really is a stand-out, and I hope you’ll all be as impressed with it as I am.  The jazz texturing on everything, the heaviness and brutality they achieve once they commit to it, and the overall atmosphere are qualities I think a good chunk of the audience will be able to appreciate.  My personal favorite tracks are probably “Candle In The Dark”, “Omega Barrier”, “Lied Von Lied”, and “Sun Wukong”.

I won’t say more about the album — the fact that I pushed to get this stream speaks for itself, and I’m not sure I could write a review that really does the album justice anyway. Instead, just listen and form your opinion.  I hope you enjoy The Didact as much as I do.

(Order The Didact via this link and you can find the Means End Facebook page here. The physical copy is worth the money for the amazing booklet artwork alone.)

6 Responses to “FULL ALBUM STREAM OF “DIDACT” BY MEANS END”