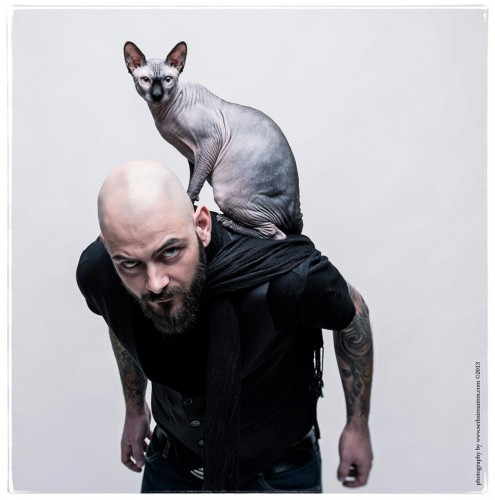 Yeah, hairless cats. We don’t have enough hairless cats here at NCS. Actually, the only other time we had a hairless cat at NCS was in this post from three years ago, of which I’m still awfully damned proud. But today I saw some hairless cat photos that just seemed to cry out for a feature.  Voila!

The first photo is up above. It was taken by none other than Seth Siro Anton (Septic Flesh), and the subjects are Alex S. Wamp of Greek “swamp metal” band Potergeist and Sethi. That’s Sethi on top. I think it’s a badass pic.

Before seeing it I didn’t know anything about Potergeist, but now I know that they have a new album on the way named Swampire and that Mr.Anton will be doing the cover art for it. In hunting for Potergeist music, I found two things that I liked. The first is a cover they recently recorded of Black Sabbath’s “The Wizard”, which appears on a Greek tribute to Sabbath named Sabbath Cadabra that Metal Hammer Greece is giving away with issue #340 (it went on sale April 2). Some fuckin’ juicy riffs in this thing, not to mention a sweet blues harmonica, a nice guitar solo, and some squalling vocals.

Before I get to the second thing I found, here’s another photo of Alex and Sethi: 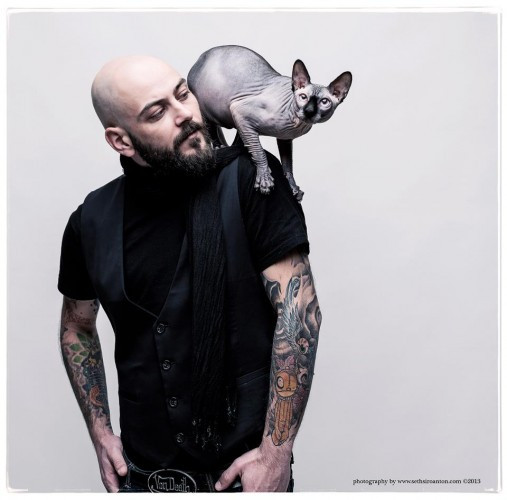 So, the second thing I found was an official video for “Rivers and Oceans”, a song off the band’s second album, Muddy Mermaids (2012). Diggin’ this song, too. It’s a big ol’ helping of bluesy, swampy, rifftastic, Southern-fried stoner and it maketh my head to bang something fierce. Check out these two offerings below. 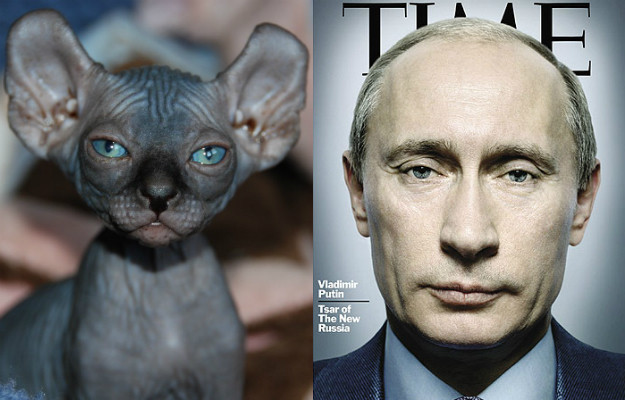 The other hairless cat pics I saw began with the one above. It’s kind of a separated-at-birth thing, with an innocent creature on the left and a massive douchebag on the right. Funny as shit.

Here are three more, and you can see even more of these ingenious pairings at this location. 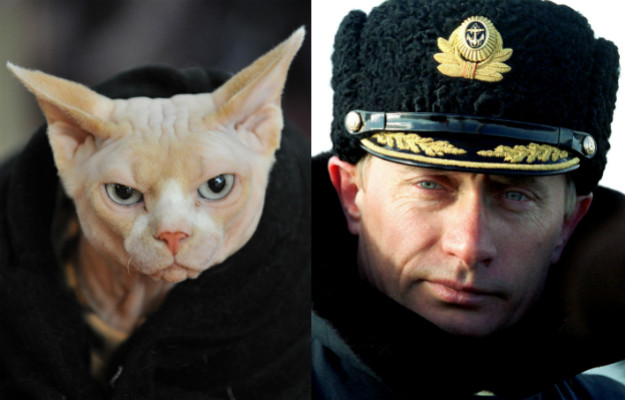 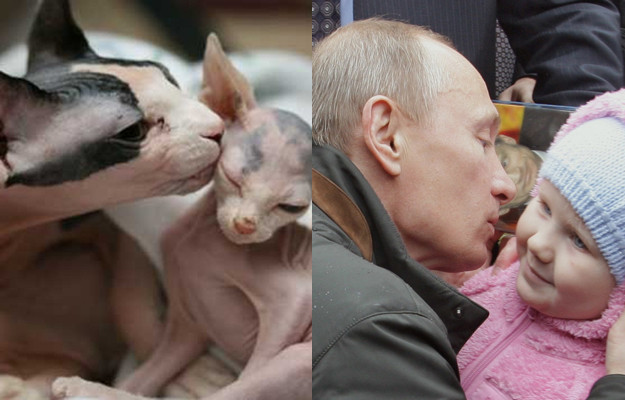 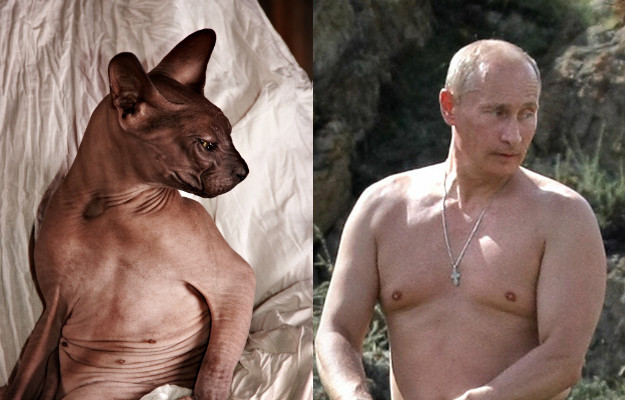 5 Responses to “YOUR HAIRLESS CAT PHOTOS FOR THE DAY”