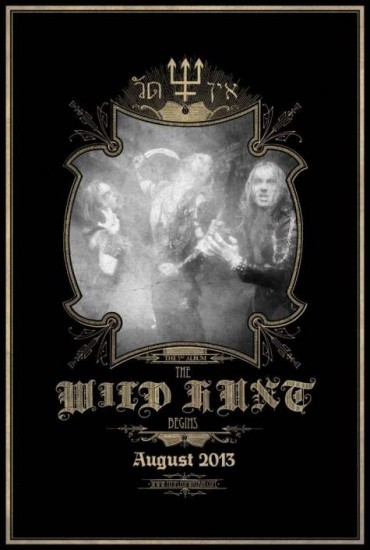 The Wild Hunt is coming.

We learned in January that Sweden’s Watain had begun recording a new album, the follow-up to 2010’s Lawless Darkness. Today the band announced that the album is finished and will be released on August 19 in Europe and August 20 in the US via Century Media Records. The title is The Wild Hunt. I don’t have anything else to say, except to note that I’m excited about the news. So, here’s the posting that appeared on Watain’s Facebook page about an hour ago:

After 120 nights of iron will and ardent magic, the fifth fullength album of Watain is now complete. With broken bones and burning hearts we have ploughed our way through deepest winter into a new wilderness, to which we will open the gates at summers end. THE WILD HUNT will be released on August 19th in Europe and August 20th in USA. Beware!

Might as well use this as an excuse to post some Watain music, so have at it following the jump . . .

2 Responses to “SHARPEN YOUR BLADES: A NEW WATAIN ALBUM IS COMING IN AUGUST”