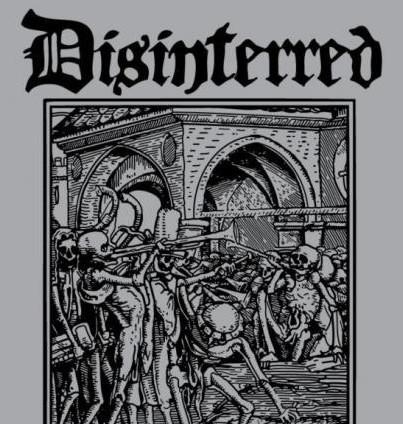 In April of this year a Belgian band named Disinterred released their first demo. They wrote us to see if NCS might review it. I made a mental note to check out the music. Unfortunately, it was a mental note instead of a real note. You see, mental notes depend on my mind, so at least half the time that means they’re fucked. Fortunately, yesterday a friend independently suggested that I check out Disinterred. This time I did it before I had time to forget.

How does this music work? The basics seem pretty simple. You figure out how to tune the guitars and apply the right distortion pedal (an HM-2 will do nicely), so the chords sound radioactive. This is a matter of technology and ear. I presume it helps to be possessed by an undead spirit. I’m pretty sure Disinterred are possessed.

You figure out that you want to go with up-tempo pacing, and you get a drummer who can hit that simple, old-school, d-beat, two-step kind of Swedeath drum thing . . . no blasting or double-bass needed. You find a vocalist who can get down really low but sound like he’s barking with a throat full of phlegm, or possibly blood. In the case of Disinterred, I’m pretty sure it’s blood. Is that it? Nope, it’s not.

You also need a guitarist who can deliver bursts of pure shred, like a welder’s torch that’s been opened wide and then dropped on the concrete and left to skitter around like a demented snake. You also want that vocalist to be able to elevate, get up into some ghastly shrieks, and hold them for  long time. Check.

Will that do it? Unh unh, not yet. 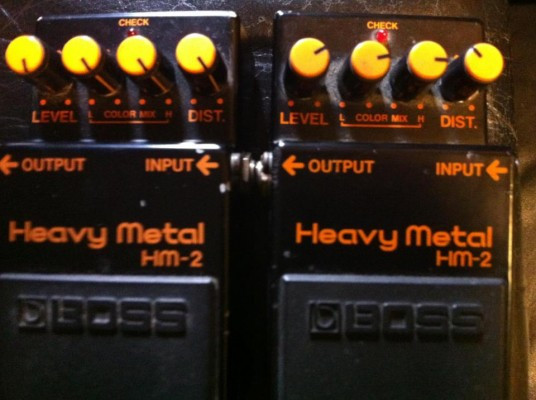 You need some fuckin’ riffs, the kind of riffs that will grab a listener’s head and compel it to move, up and down, side to side. Riffs that will put a smile on faces but still sound grisly and evil. I don’t know, kind of like having a zombie go down on you. Or something. Not that I fantasize about such things. I’m just using my imagination for descriptive purposes. Really, that’s all I’m doing.

Are we done yet? Not quite.

You need to really love this kind of ramped-up, venerable, legendary death metal sound. You need to love it so much that you can charge your music with the spirit of the thing. You need to believe in keeping the sound alive. You need the skill to help keep it alive by making your music interesting and vibrant, even though the style has been kicking along for decades.

And all those things you need? This band from Belgium named Disinterred, they’ve got ’em. They deliver them on their first release, Demo MMXIII. Did I mention that the songs also include samples from Monty Python and the Holy Grail? Yeah, they do. Is that icing on the cake or what?

By the way, when they want to, these dudes can slow down and crawl like a golem with both legs severed at the knees. Check out the way the second and third tracks on the demo begin, if you don’t believe me. Sounds cancer-causing. You can feel the tumors begin to grow. I’m pretty sure Disinterred could do a whole song’s worth of Bolt Thrower- or Asphyx-style DM if they wanted to. Maybe they will some day.

I’ll admit it, I’m in love. I have a wandering eye, and I’ll be in love with someone else tomorrow, but today I’m in love with Disinterred. Their demo is a free download on Bandcamp, and you can get it on tape, too. They also have a nice shirt for sale. Details can be obtained via the links below. Anyone who still loves old-school, Swedish-style death metal, and loves it done right, needs to jump into Disinterred with both feet.