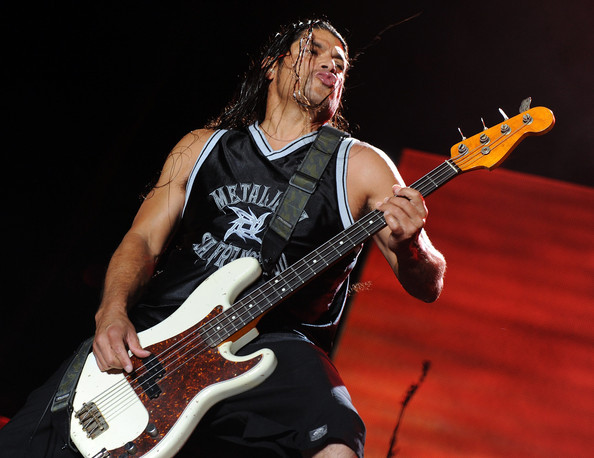 (Andy Synn offers some observations about two seemingly divergent perspectives within metal that may not be so divergent after all.  Discuss!)

Let me make something clear from the outset here: I am not trying to build up an argument with this piece insomuch as I simply felt like writing down and acknowledging some stuff that (to me) seems pretty self-evident in the metal scene.

The two points I am going to address are, largely, intertwined – though at first they might seem almost diametrically opposed to one another.

First, I’m going to address the issue of “privilege”. Now “privilege” is a word that often crops up in feminist discussions (often I think to the detriment of that discussion) referring to how supposedly Middle (and Upper) class feminists can’t really relate to the issues affecting other women because they speak from a position of “privilege”. Their position of “privilege” might come with certain specific problems of its own, but ultimately it invalidates their experience, as it can’t be generalised. The same things happen in the metal media.

Many metal musicians speak (unconsciously) from a position of privilege. Unaware of this – through simple misapprehension mostly, not wilful ignorance – they universalise their experiences to the entirety of the metal scene. And mostly this occurs when bands with a certain level of success try and comment on the metal scene as a whole, when what they REALLY refer to only really applies to the most mainstream and over-exposed of metal bands.

The most recent example comes from Robert Trujillo of Metallica who, when asked about the state of metal today, said the following:

“There’s a part of me that feels that there are bits and pieces missing from the ingredients. I think the purity of what metal was in the early ’80s and ’70s, and even in some sense the ’90s, has been lost. Every band back then had an identity and I think today for me, I lose track of the identity. When you go back, you knew if you were listening to Led Zeppelin, Black Sabbath or UFO. In the ’80s, you knew if you were listening to Van Halen or Judas Priest and Metallica. In the ’90s, you had Alice In Chains, Soundgarden and Suicidal Tendencies. There always has to be an identity.”

Now, tellingly, here we at least get a lot of “I think”s. He’s not trying to present this as fact or as gospel. But it does raise some obvious issues, particularly for those of us who ARE immersed in the metal scene. I for one simply don’t recognise the world he’s talking about here. And I can suggest why.

He’s talking from a position of “privilege”. He’s in the mainstream. That’s what he knows and we shouldn’t begrudge him it, as he’s talking from within his own sphere of experience. And heck, the mainstream has (inarguably?) become more homogenised over the years. I certainly couldn’t tell you the difference between the multitude of female-fronted “pop-punk” bands or the plethora of breakdown-heavy fashionistas that litter the charts with their generic drivel.

But Trujillo’s position of “privilege” means that although he sits atop the musical mountain, he doesn’t really know much more than where he is right now. His vision is pretty limited. But worst of all it seems like his memory is most at fault. It’s like he’s forgotten there’s an underground scene at all. And I’m not talking about the “extreme” scene in particular. I’m talking about the large numbers of bands who sell a LOT of records, and a LOT of tickets to their shows, without mainstream media recognition.

And I don’t want you to think I’m singling Mr Trujillo out for censure here. It happens to a broad array of musicians. Upon reaching a certain level they develop a really blinkered view of things. They generalise to “This is all I’m aware of, so this is all there must be.” Trujillo’s comments about the “purity” of metal definitely smack of a rose-tinted view of things (and continue to perpetuate the artificial stereotype that there’s some “special” way of doing things that bands have forgotten), while his suggestions that bands today lack an “identity” of their own is the sort of thing that could be torn down with impunity, as we could offer endless examples that contradict him.

So what these sorts of statements actually tell us the most about is the person making them, and very little about the music scene itself. There are unspoken caveats to what he’s saying. For one thing, he’s obviously talking only about American metal. I doubt very much he’s aware of much from outside his own country (not a criticism by the way, just an observation – he won’t have the time or inclination to do the sort of digging and searching like we do here at NCS for example). He’s also very clearly only really talking about the bands Metallica interact with, or encounters vicariously – and Metallica exist almost in their own stratified little world. Ultimately he comes across here, through no fault of his own really, as a man very much out of touch with the scene as it is today. His “privileged” position only exposes how detached he is.

(By contrast, and as, little side point, compare his simple statement here about his personal perceptions with something the members of Disturbed said back around the time they released the Believe album. That was the album where the band abandoned nu-metal for the pretensions of “serious” metal – with guitar solos and lyrics about religion and junk… and it was also the time they started disappearing up their own collective arsehole and thinking that they were, in some manner, more important than they really are. The band name-dropped, without any sense of irony or shame, Shadows Fall, Atreyu, and Avenged Sevenfold, as bands who they felt were following in their footsteps by bringing back the guitar solo!

That’s right… in one fell swoop they took credit for “bringing back” guitar solos, while also conveniently forgetting/ignoring the fact that the bands in question had existed longer than, and had more albums than, Disturbed themselves.

This one was just wilful ignorance, and a far worse case than anything Rob Trujillo might have said. This was the case of a band with no real underground or pre-mainstream career to speak of (something I’ve always found incredibly suspicious) trying to take credit or claim influence that they didn’t deserve, while also exposing their own blinkered view that bands apparently don’t exist until they are “legitimised” by the mainstream. That wasn’t just privilege, it was unearned privilege!)

The second point is linked to the first one, and in fact shares many of the same features, even though the bands in question dwell largely on the opposite end of the spectrum in terms of success/exposure. This is the issue of punk “ethics” or “punk purity”, which has been rearing its ugly head again recently, largely as a response to KickStarter and its ilk.

Several bands (most recently A Life Once Lost) have kicked up a bit of a fuss about KickStarter ruining the “purity” of how metal (in particular recording and/or touring) should be done.

Note the emphasis (mine) on “should” there. The general gist (one shared by almost all the bands involved) is that there is a certain way metal should be done, and doing it differently is apparently a major moral/ethical no-no.

Now, isn’t there a similar sense of “privilege” shining through here as well? This perspective is coloured by the fact that these bands interpret how they have done it as being the right way to do it. Objectively right. As if the so-called “rules” of metal were set in stone long ago. And to be honest I find that incredibly restrictive and (irony of ironies) painfully dogmatic.

The thing is, KickStarter is just one way of doing things in today’s fluctuating musical climate: there ARE still bands doing it the “punk” way, the right way, just as there are bands finding even more alternatives that allow them to function. Programs like KickStarter and such, at their best, foster a direct connection between bands and their supporters (I hesitate to use the word “fans”). They remove the middle man. They allow for communication, of a sort, between the two that is more direct and more efficient than the traditional divide fostered by mediation between record labels and cd stores, etc.

Though there have been some rather questionable, often stupid uses of the system – it’s hard to support the ethics of a band offering idiotic bonuses (often with a significant price tag attached) that have little to do with the music itself – it’s allowed me personally to support a band directly. Bands who live halfway around the world. Bands who wouldn’t exist without the direct support of their fans and listeners. It’s far from perfect yet, but it’s an incredibly useful new paradigm. Like any tool though, it’s open to abuse or misuse. But to presume to judge the whole system, instead of on a case-by-case basis, is absolutely the height of arrogance.

That’s the “privilege” of punk though. It allows you to sneer at anyone who does things a way you consider too “easy”. They’re not as good as you, not as real as you, because YOU did it the right way. YOU did it the proper way. And anything different is tantamount to selling out. It’s the worst form of confirmation bias. You’ve already decided that you’re the real deal. Therefore anyone unlike you can’t be real, right?

Now I’m not saying that we should support everything that pops up on KickStarter, et al. Not at all. Groups using it for frivolous purposes, or simply because it seems easier than doing it any other way. Bands who could get an album recorded or a tour booked without KickStarter but who use it anyway… I get it. I see how that looks bad. And the ethics of using it are a separate discussion unto themselves.

But what we’re talking about here is what right has any band to tell another how to work, how to run, how to live?

That’s the privilege of punk – the seizing of some tenuous moral high ground that allows you to judge others who don’t live up to your set of underground standards.

And the thing is, the sorts of bands who trumpet their moral outrage over this AREN’T necessarily wrong – it’s a complex issue and Facebook posts, Twitter feeds, etc, aren’t exactly the best place to provide a coherent argument or analysis of things – but they ARE being incredibly self-righteous. The fact that you choose to act one way does not mean that others who choose differently are wrong.

So here we have it. Two sides of the same coin really, both trying to universalise their own perceptions and experiences. The first type seem to forget where they’ve come from, and can’t even conceive of an existence outside the mainstream. The second know exactly where they’ve come from, and refuse to give credit to anyone who’s come up a different way. Neither side would probably acknowledge the other, but both seem intent on perpetuating the same cycle of competing ignorance and arrogance.