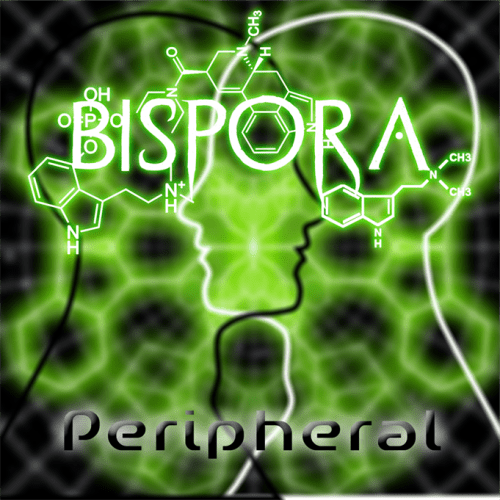 (DGR brings us this little round-up for your Saturday.)

This right here is probably going to be the most throwback to my old writing assignments post that I have written here at NCS because just about every single band in this post will be one that I used to champion about two years back. You might already recognize it from the headline, but yes, I will in fact be resurrecting the spectres of Bispora and Dagoba, groups whom I haven’t really been presented much of an opportunity to chat about here simply because there hasn’t been much to show in terms of activity (outside of the occasional concert review in the case of Bispora).

However, within about three days of each other each group released new material – stuff they had been hinting at for a long time but finally got out there for people to hear. Both have huge plans for 2013, too, with Bispora changing up their live setlist quite a bit and hoping to put out a full release some time this year and Dagoba nearing the release date for their new disc Post Mortem Nihil Est – which translates to something from Latin….I think, although to be fair it sounds like Post Mortem Nihilest and that is something completely….ooooooooooh, I get it.

I thought Bispora absolutely nailed it with their 2011 release The Cycle. I’ve spoken countless times about it, but I think the group did an excellent job hybridizing differing influences into one solid mass that sounded like a mixture of Between The Buried And Me and the djent scene in its infancy. They’ve somewhat played down those elements in their live shows by showing a desire to be more prog-focused – including little improvisational jam sessions in between each song, which gives hearing stuff like The Cycle all the way through a whole different feel.

The group recently released the song “Peripheral” off of their upcoming full-length The Pineal Chronicles for everyone to hear, and you can sample for yourself how the band are attempting to shift directions and stay creative. They’ve played the song live a couple of times (or so I think?) and they’ve posted up the occasional live bootleg of it so it should be somewhat familiar to folks who have been following them, but this is the first studio sample of it. It’s up for “pay what you want” pricing, too – which is similar to what they did with The Cycle, so it’s probably expected that you can get the whole song for well….a song. I’ll stop now.

Dagoba, on the other hand, have been quiet for a lot longer. They really impressed me with 2010’s Poseidon, but then it seemed like some inter-personal band issues and drummer Frankie keeping busy with his industrialized black metal group Blazing War Machine really sidelined this French metal group for a little bit. I know they don’t have the most sterling reputation amongst the heavier metalheads out there (I’ve seen them called all sorts of horrible shit, like a French Five Finger Death Punch) since they do incorporate quite a bit of clean singing in their performances – and their frontman’s name is Shawter.

Guy has an amazing singing voice though, and they’ve never done it simply because they needed to have a clean sung chorus. Out of all their material, they’ve made use of it as effectively as they can without seeming to just shoehorn it into songs. That said, “I, Reptile” – the lead-off single from the new disc Post Mortem Nihil Est, contains none of that aforementioned bullshit, sticking to yells about the dinosaurs and their extinction the whole way through.

It’s actually a really dark song compared to much of what was happening on Poseidon and its more seafaring focus. I guess given the wonderfully pleasant album art that the music would have been a bit heavier, but wow, they’ve already matched up to the heaviest moments of what they did on Poseidon.

Which leads us to this thing right here, the dumbest piece of crap that I have ever posted about here. This will only be hilarious to three people, as far as I know: Me, the guy who posted this up on Soundcloud (under the name Hennessy Youngman), and the guy who blasted this all over the web a few days ago. This is – and I shit you not here – a playlist known as the CVS Bangers. It is literally the muzak you hear on a PA at a store like CVS (for those of you who don’t know what that is, it’s a pharmacy/grocery store), but done up like one of those late night DJ mixes you hear on a hip hop station on Friday night.

That means you get songs like “I Want To Know What Love Is” + excessive use of airhorn. I think it’s great, because if you have ever worked retail you know that every store has the exact four same muzak stations, so even someone who might work in a pretty big chain of home improvement stores like myself might be very familiar with this stupid playlist of songs – and for some reason blasting an airhorn through it just makes it absurdly hilarious.

“CVS BANGERS IS THE AUDIOSCAPE FOR WHEN YOU’RE BUYING TAMPONS OR A 12 PACK OF CONDOMS, A SAMPLING OF THOSE MAGIC TUNES THAT PLAY WHEN YOU’RE CONTEMPLATING HOW RIDICULOUS YOU WOULD LOOK CARRYING 24 ROLLS OF TIOLET PAPER ON THE TRAIN, THOSE BITTERSWEET TUNES OF YESTERYEAR THAT SKIP THROUGH YOUR MIND AS YOU READ THE NUTRITIONAL INFORMATION ON THE BACK OF A BOX OF FROZEN PIZZA AND OPT FOR A PINT OF ICE CREAM INSTEAD, THOSE SPECIAL DITTIES THAT ACCOMPANY YOUR SMASHING THE BAR CODE OF A CAN OF RED BULL AGAINST THE SCANNER OF BROKEN SELF-CHECKOUT MACHINE. CVS BANGERS IS COMMERCE ITSELF, AND COMMERCE, MY FACELESS INTERNET FRIENDS, IS BEAUTIFUL.”