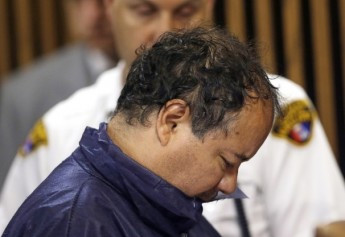 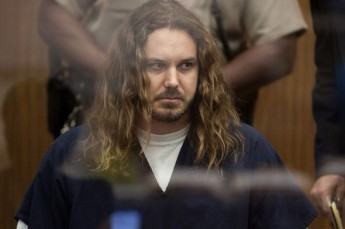 Last weekend, I was rocking a doom metal song—“Chainmaker,” by a band called Nightbitch. I love Nightbitch’s new single. It’s a great rocking slice of Danzig-worship, with a great groove and a great lead vocal performance.

But after this week, I’m not sure when I’ll care to listen to it again. Listen to those lyrics.

And speaking of metal, we had our own crimewave, courtesy of one Tim Lambesis, lead singer of As I Lay Dying, who was arrested for attempting to hire a hit man to murder his wife. The arraignment video was released this morning.

Lambesis’s music was never my favorite, but at the very least he wrote mostly about liberty and self-empowerment, and even though he was, apparently, a very religious man, he put that influence into his ylrics in a way that did not proselytize. Those things I respected. So hearing those allegations about him disturbs me deeply.

And it should. This is a twisted situation. If Lambesis is guilty of these accusations he is a deplorable wreck of a human being.

Metal fans—At least some of us—form an international community. A tribal identity, as Kim Kelly has written. And like it or not Lambesis and Nightbitch are part of that community. If we are not linked by ideology, or any specific strand of metal music, at least we are linked by economics. Lambesis, to an extent represents me, and probably you, too. 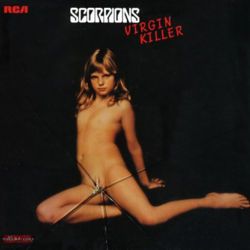 Heavy metal, as a genre, has a long history of poor relations with women. For example, the cover of Scorpions’ Virgin Killer album, or any number of gore-related death metal songs ostensibly about torturing, raping, and killing young women.

We, as a community, have come a long way toward accepting women as necessary equals, from Decibel Magazine covers to What Are You Doing Here?. And Lambesis’s actions spit on all that. I feel like if I joyfully listened to, say, “Vicer Exciser” by Whitechapel right now, I would be doing the same.

I’m not saying gore-metal is wrong, or evil, or will make people do evil things. We can separate fantasy from reality. And I also admit that such music can be cathartic. Millions of years of evolution have conditioned our biology for violence. The willingness to hurt or kill—perhaps even the desire to—is an indelible part of the human condition. To deny it would be inauthentic. To try and suppress it? Dangerous. Which is why I still fully support taking those fantasies, urges, and feelings and expressing them safely, through art, song, and dance.

But after this week, I’m not going to listen to a Cannibal Corpse record for a bit. Right now, I’m going to reflect on the cruelty of the world. This is a mean reality we exist in. And our society is organized in such a way that people like the captor in Cleveland and Tim Lambesis can take advantage of it at women’s expense.

As before: fuck that.

So for a little bit, I’m going to find my peaceful place. I’m going to center. And think deeply. And grieve for those women in Cleveland, and for Lambesis’s wife.

I”m not going to listen to anything too degrading during that time. That doesn’t mean I’m abandoning the music, or the community, it just means when I next hit the gym it’s going to be Nile on my iPod, not Aborted.

I’m going to continue to do my best and live my life as a better man than these scum with whom I unfortunately share the greater part of a genome.

And when I find my peace, I will come back to some really nasty, sleazy heavy metal, but I will do so in an authentic way. In a way that feels true to myself, and in good enough taste.

But I just think we should remember: life makes enough chains for everyone. We should keep focused on taking them off—both ourselves, and others.