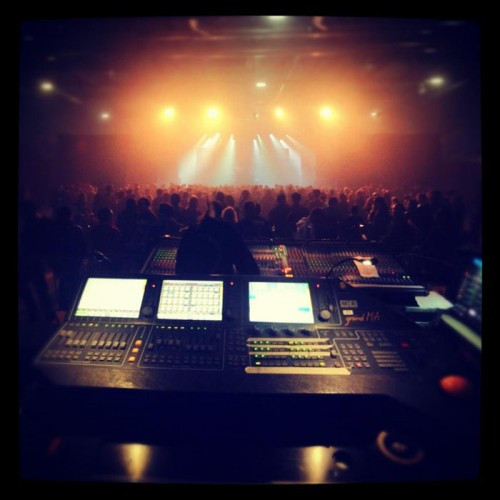 In late April you may have seen a video that showed Edvard Hansson — the light technician for Sweden’s Meshuggah — operating the control board for the band’s show in Paris last December (I saw it via The Monolith). By all accounts, the lighting on the band’s current tour is a true extravaganza, and what made the Hansson video such a jaw-dropper was the realization (in The Monolith’s words) that, “Rather than having programmed a static lighting show, he actually ‘plays’ along with with them, triggering parts of the setup in time with the complex rhythms of the music.

Unfortunately, the Hansson video didn’t show the light show itself, other than through the strobing flashes in the corner of the screen. But I just saw a video of the band performing at the Cirkus venue in Stockholm on May 9 that provides a good view of what happens as Hansson pushes all those buttons. It’s really amazing.

WARNING: For those prone to strobe-induced seizures, don’t watch this. It comes next . . . .

One Response to “YOU MAY HAVE SEEN MESHUGGAH’S LIGHTS OPERATOR AT WORK; NOW SEE THE LIGHTS”