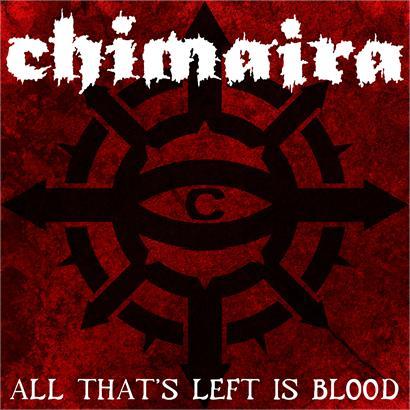 Chimaira have had their ups and downs over the years, but at their strongest they’ve made some powerful, compelling music, and I’ve had the pleasure of witnessing a couple of their live shows that were an absolute blast. In recent weeks they’ve grabbed press attention with a successful indiegogo campaign to finance a special fan edition (a combined CD/DVD) of their next album, Crown of Phantoms, which will be released by eOne on July 30; they exceeded their $30,000 goal in less than two weeks. And now they’ve started streaming a new single and video.

The song is called “All That’s Left Is Blood” and it will appear on Crown of Phantoms. Like much of what Chimaira have done in the past, it’s a genre-bender. It incorporates elements of hardcore and melodic death metal, with hammering riffs, thundering breakdown moments, and a flashy guitar solo by new guitarist Emil Werstler (Daath, Levi/Werstler).

4 Responses to “CHIMAIRA RELEASE A NEW SINGLE: “ALL THAT’S LEFT IS BLOOD””