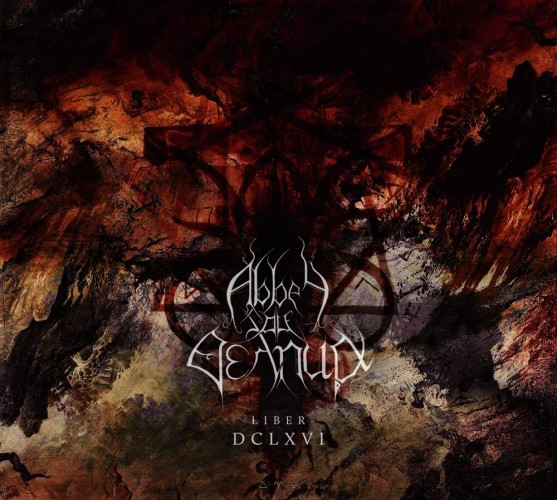 As occult band names go, Abbey ov Thelema is a good one. I didn’t immediately recognize the reference, but when I began to do a bit of research about this band, I quickly came across an article at The Font of All Human Knowledge which explained as follows:

The Abbey of Thelema refers to a small house which was used as a temple and spiritual centre founded by Aleister Crowley and Leah Hirsig in Cefalù, Sicily in 1920. The name was borrowed from François Rabelais’s satire Gargantua and Pantagruel, where an Abbaye de Thélème is described as a sort of “anti-monastery” where the lives of the inhabitants were “spent not in laws, statutes, or rules, but according to their own free will and pleasure.”

Based on what I’ve heard from the band so far, the name is appropriate as well as kvlt: the songs are eclectic musical manifestations of the mantra “Do what thou wilt”. In two words, it’s utterly wild.

In its current incarnation, the band itself is the brainchild of Delgrast, a Slovakian musician who handles vocals, synths, and programming. He and Polish guitarist Quadrun have recorded the most recent Abbey ov Thelema album, Liber DCLXVI, a conceptual work of almost 80 minutes concerning the Apocalypse of John, with lyrics entirely in Latin. It’s now planned for release via Wraith Productions, and two songs from the album have surfaced to date.

Both of the songs are long ones, one of them 10 minutes and one of them 15. The extravagant, ever-changing music is like a night of frenzied, hallucinatory coupling between Dimmu Borgir (at their most orchestrally bombastic), Blut Aus Nord, and Deathspell Omega, with occasional post-coital pauses for a smoke and a few shots of absinthe. It’s like the inmates of Bedlam have taken over the asylum, but they’ve got musical skills and are pursuing an obscure mission that may bring about the end of the world.

Of the two songs, “De Ascensione Imperii Peccati” is the more melodic. It includes an affecting, waltz-like keyboard melody that appears and reappears from time to time, and an intriguing, classically-styled piano solo, as well as operatic female vocals (choral voices also appear briefly in “De Septem Signis et Septem Salpinibus”). But the two songs also includes elements such as these:

pounding riffs and discordant piano chords; the sound of orchestral strings and the sound of thunder; bounding bass lines (and gravelly bass soloing) and bursts of blast-beat drumming (and acrobatic drum soloing); the notes of a calliope, as if at an infernal carnival, and harrowing crescendos of electronic noise; distorted riffing and skittering guitar leads; long moments of near-silence with strange electronic noises in the background; and what sounds like an incessant conversation between two crazy men — one who shrieks acidically and one who roars like a demented bear.

There are times when the cacophony of sounds is almost overwhelming, and other times (admittedly brief) when the music will carry you away to a dreamlike place that’s almost peaceful. The experience is never dull. It’s so bursting with musical ideas that it often seems in danger of exploding into smithereens — or melting down — but it never quite does. I found it riveting, even at its most uncomfortable moments.

Liber DCLXVI is being released by Wraith Productions in Digipak format, with a release expected in June, and that can be pre-ordered here. Below are the two songs described above; “De Septem Signis et Septem Salpinibus” is available for free download here.

One Response to “ABBEY OV THELEMA”