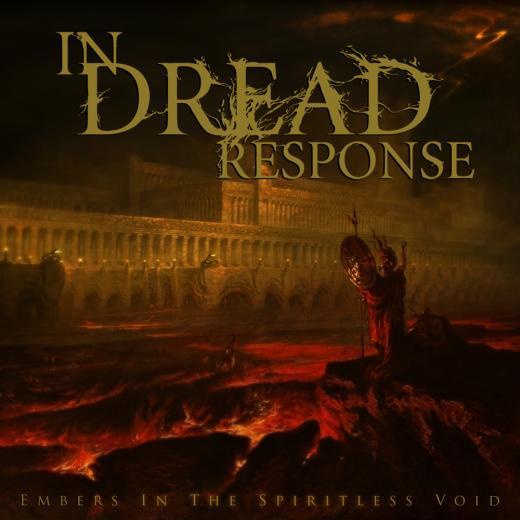 In Dread Response are an excellent New Zealand metal band that we’ve mentioned a couple times in the past, but not recently — and it’s past time that we checked in with them again. TheMadIsraeli reviewed their debut album From the Oceanic Graves in August 2011 (here). We miserably failed to review their second full-length, Embers In the Spiritless Void, but our NZ blog sister Steph Metal did name that release as one of the 10 best 2011 metal albums from Down Under in a guest feature we published in January 2012. Here’s what Steph had to say about it:

Thanks to a tip from NCS supporter Booker, I’m pleased to tell you that as of yesterday In Dread Response made Embers available as a free download in a .zip file that also includes hi-res images of the entire CD album booklet (and it’s a feast for the eyes that includes paintings by the stupendous John Martin). But that’s not all . . .

Thanks again to Booker, we’ve learned that the band are now at work on their third album (Heavenshore) and have released a pre-production version of one of the new songs, “Wanderer Over the Sea of Fog”. From the band’s Facebook page, it appears the line-up has changed again — every new release has featured some changes — but the core trio of guitarist Trajan Schwencke, vocalist Sean O’Kane-Connolly, and bass-player Steve Boag is still in place. Since the last album they’ve added a new beast of a drummer in Nikolas Kissel.

So, as a reminder of why this band deserve your attention, I’m including below their official video for “Through Chasms” (a scorching track from Embers), that pre-production version of “Wanderer Over the Sea of Fog”, and a video of Nikolas Kissel in action, spicing up “Gangnam Style” (more of his performances can be viewed at his Vimeo channel).

The link for the free download of Embers is HERE. You can learn more about the band at their Facebook page.

3 Responses to “IN DREAD RESPONSE”