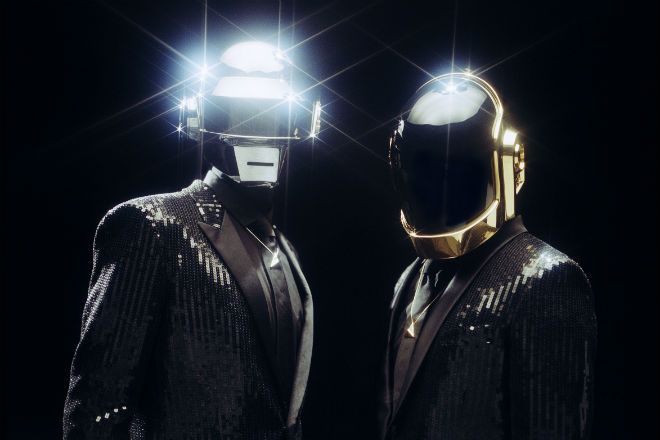 (After a six-month absence, guest writer Tyler Lowery is back with some thoughts that I suspect will draw some disagreement.)

I’m going to start by referencing a band that may or may not be appreciated in these hallowed halls. Recently, EDM titans Daft Punk released their highly anticipated follow-up to 2005’s Human After All, titled Random Access Memories. The album opens with a phenomenal song called “Give Life Back to Music.” At first listen it sounds like what you would normally expect from Daft Punk, but as you go along, you notice that everything sounds a bit crisper, more organic. The entire album is performed on live instruments, using no loops, programming, or anything of the such. Now, I promise this isn’t an attempt to slip an album review in here, so just bear with me. In a recent interview, Daft Punk stated that they believe music has no soul anymore. I think that “Give Life Back to Music” is a plea not only to the realm of EDM, but to all genres of music…including metal.

Now I can honestly say that metal music has so many excellent releases each and every year that it’s hard to conceive the idea of it becoming a dying genre, but there are signs in the tea leaves everywhere. Metal, much like EDM, is subject to fads that spread like wildfire. Once something comes along that is remotely successful, countless bands, both new and established bands, latch on and quickly drive it into the ground. Sometimes it’s for the better, but that may not always be the case. In addition, once a band finds something that worked for them, many of them assume that they can settle down and crank out just that, until they’re fat enough to retire happy. Again, sometimes this weeds out a number of false starts from the get-go, but more than a couple of bands come to mind who had a good idea but let it ruin them in the end.

These trends of following audio fashion statements and refusing to progress as musicians are scary when looking at the big picture. When you consider jazz musicians, classical composers, and even early heavy metal bands, progress wasn’t the exception, it was the rule. As Leonardo da Vinci wrote, “Iron rusts from disuse; water loses its purity from stagnation… even so does inaction sap the vigor of the mind.” What does it mean for this genre, or music as a whole, when the majority of the tours and labels are filled with bands who sound exactly alike or haven’t changed their sound in over a decade?

Now, for each rule, there are of course the exceptions, and in this genre, there are plenty. But what happens when these bands reach their expiration date? Will they be replaced by a new breed of trailblazers or instead by a lackluster troupe of trendsetters who set the wrong trends? This has happened in a number of genres already: Pop was left in the hands of Britney Spears…now we have Lady Gaga running around rampant. Rock music, which was once in pretty capable hands, now rests on the shoulders of bands like Nickelback, Adelita’s Way, and Three Days Grace. Should we be focusing on finding the next titans to carry heavy metal through this golden age of copy-and-paste riffs, or am I just being a little too paranoid here?

For that matter, should we as a community be worried when bands like Lamb of God and Ghost are playing before bands like Papa Roach and Korn at Rock on the Range? Now granted, I understand that this site caters more to extreme metal fans, so there might not be as many Lamb of God fans here as on other sites, but I’m sure it burns up plenty of people that there was hardly any good representation of the extreme metal community at the New England Metal and Hardcore Festival this year. Sure, if you’re in Europe, you are swimming in amazing festivals, but that isn’t the case on this side of the pond. Is it possible that the fate of music is no longer in the hands of the musician? That’s the question. Right there.

Now, I’m sure plenty of people are still jamming on the new Arsis and The Ocean albums who aren’t worried about the apocalypse in the distant future, but here’s something to consider: When was the last time you listened to something that was so incredible that it gave you chills? I’m not talking about the “Oh, that was so sick” chills. I’m talking about that feeling when you first heard that defining album, the overwhelming feeling of amazement that something so big could be held on a CD (or cassette even). When’s the last time you listened to an album that changed the game for you? Shouldn’t we be looking for these albums at all times?

Again, I understand that this may be like trying to talk a high-schooler into opening a savings account, but the more and more I listen to music, the more and more I agree with the good gents in Daft Punk. Music as a whole is slowly hollowing itself out into something that will inevitably be uninhabitable. There will certainly be more great music in the future, but why shouldn’t we be working on making all music into great music? What would the world be like if we held our musicians to the standards to which Davis and Coltrane were held, or hell, even Beethoven and Mozart? I’m not insinuating that we should come to feel entitled to the music, but what if we expected more? Just what if?

22 Responses to “GIVE LIFE BACK TO MUSIC”