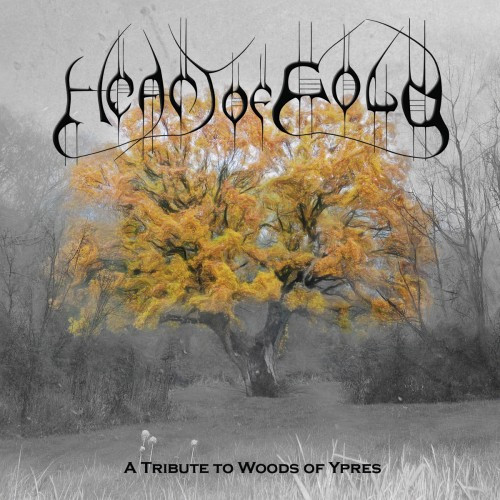 The album was mastered by Dan Swanö in Sweden and includes cover songs by 19 different bands or band members, including Novembers Doom, Panzerfaust, Amaranth, and members of Woods, Thrawsunblat, and Into Eternity. The full track list and album stream appear later in this post. But I first want to highlight one song in particular, because it was recorded by a long-time favorite of this site — Sweden’s Canopy.

Canopy’s last album was 2010’s Menhir (reviewed here), so it has been a long wait for something new. If you’ve never checked out Canopy’s music, I strong recommend you do that; Menhir is available on Bandcamp via this link. The Woods of Ypres song they recorded is “Falling Apart”, which happens to be one of my favorite Woods tracks of those I’ve heard before.

Canopy are in fine form on this song. The music is crushing, doom-shrouded, and rocks very fuckin’ hard. Fredrik Huldtgren’s beast-like roars are mixed with strong clean vocals by Mario Santos Ramos, and the band’s cadre of guitarists really show off their impressive skills with a variety of tremendous solos. Listen:

There have been hints that Canopy are working on a new album, which would be a very welcome addition to what’s already shaping up as a banner year for metal. To follow what Canopy are up to, visit their Facebook page:

Below, you’ll find a complete track list and the Bandcamp album stream. To download the album, visit the Heart of Gold Bandcamp page through this link:

5 Responses to “NOW AVAILABLE: “HEART OF GOLD: A TRIBUTE TO WOODS OF YPRES” (AND A NEW CANOPY RECORDING)”