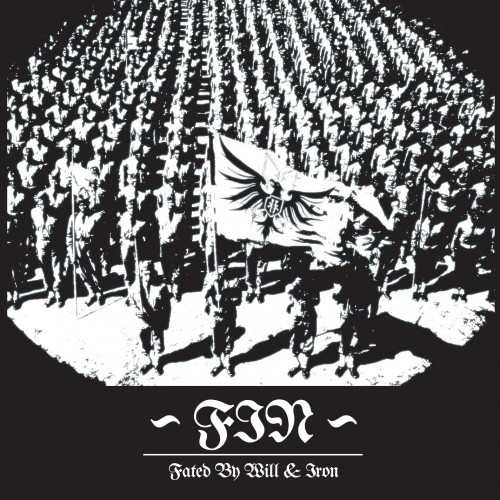 In the spring of 2012 a four-man Chicago black metal band named FIN self-released a demo album entitled Fated By Will and Iron. The album is now going to get the attention it deserves because it’s scheduled for an official label release on June 11 by Disorder Recordings, a relatively new imprint established by Jeff Wilson, guitarist for Chrome Waves, Wolvhammer, and formerly Nachtmystium. In this post, we’ve got a review of the album and a song stream of the title track.

At a very high level, FIN combine a variety of styles, mixing them to varying degrees within each song and transitioning from one to the next in a way that gives the music vibrancy. One of those strains (perhaps best exemplified in “Guilty of War Crimes”) is a bestial, warlike assault that’s in keeping with the martial themes of the song titles. Distorted, swarming tremolo riffs mix with thunderous double-bass, crashing cymbals, and a seething acid-bath of vocal expression to unleash a holocaust of hellfire. During these passages, listening is like being caught in a hurricane.

There are rarely any genuinely subdued moments on the album, but FIN do shake things up by transitioning within songs into squalling chord progressions and thumping drum rhythms. In these decelerated “black ‘n’ roll” segments, guitarist M.K. delivers some juicy riffs (still distorted and still vibrating with unholy energy), and heads will bang. 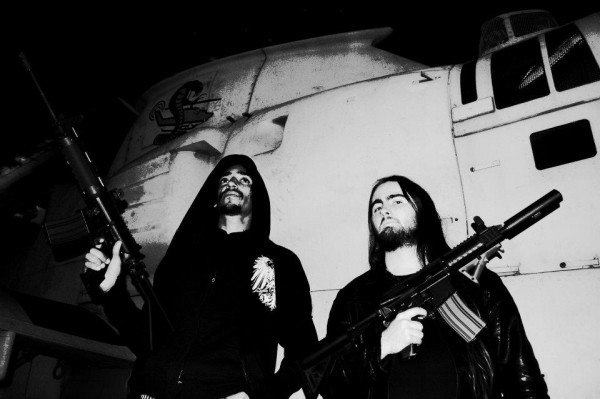 But those transitions from relentless scything to raucous blackened romps, and back again, still don’t exhaust the songs’ dynamics. Sometimes subtle and sometimes on center stage, trilling guitar leads thread the music with melody, too. On the album’s closer, “A Banner Falls”, they even reach near-atmospheric levels of of icy grandeur.

The production on the album gives the music a raw sound at all times, but without the murkiness of the most lo-fi black metal. The guitars have a cutting, radioactive edge, and the drums are pushed high in the mix — when Pestarzt goes into overdrive on the double-kicks, the thunder almost overwhelms everything else. The bass, on the other hand, is submerged — more felt than heard. Like the music itself, the sound seems to have one foot in the old world and one in the new.

Yes, it’s possible to dissect the songs (while they’re dissecting you) and pick out FIN’s stylistic ingredients and influences, but FIN combine them in a way that sounds anything but stale or stagnant. Fated By Will and Iron delivers dynamic black metal that rips, rocks, and proves there’s still a lot of hellish life in the genre.

Fated By Will and Iron will be available for order at this location on the release date (June 11). Check out the following links: