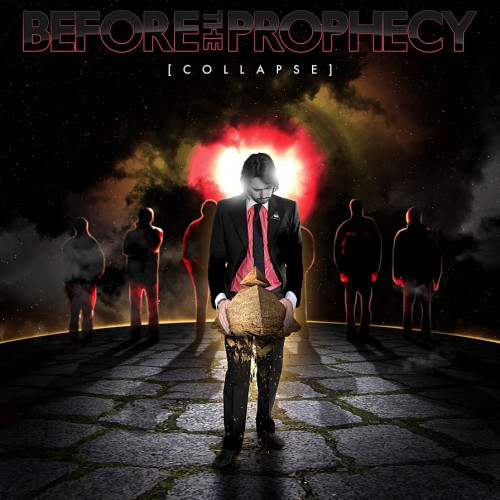 (We welcome guest writer Kim Rosario, who reviews the debut EP by Before the Prophecy from Warren, Michigan.)

The local scene for any genre can be home to a plethora of the next big (insert popular band name here) vying for a chance at stardom.  On any given weekend you can go to a venue in your neighborhood to catch this month’s group of musicians playing cookie-cutter riffs of all your favorite bands and adding their own personal touch to the mix.  Next month, however, a whole new group, a whole new sound.  Every now and then a young group of musicians will tap into a raw, true form of expression and reality.  These individuals understand what it means to truly write, live, and breathe music.  Warren, Michigan is home to such a group, and they are known as Before the Prophecy.

The band’s debut E.P. [collapse] houses many flavors that are prevalent in the progressive metal scene, yet they don’t focus too much on a single area or use typical breakdowns combined with ambient leads as a crutch.  Before the Prophecy early on create a dedicated sense of destruction with fast-paced drumming combined with a bevy of polished riffs and textures.  Quite frequently the leads will be played with a distinguishable effect over them to differentiate from the reverb-laden solos of their peers.  Drummer Will Constantine is also a standout performer on this E.P. While this genre may be stereotyped into blast beats and breakdowns, he flourishes, offering many different flavors to blend with the brutality and emotion and keep each song original and fresh. 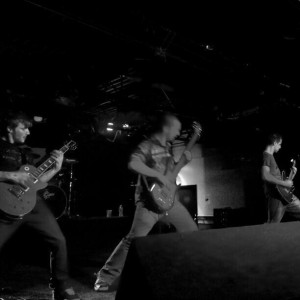 The production of this album was handled through the band, while mixing duties were on Kyle Odell (KillWhitneyDead, Advent, For All Those Sleeping).  The result is a thick yet masterful blend of melodies and low end.  From beginning to end the soundscape of Before the Prophecy’s debut never lets you come up for air.  This group made a wise choice with the mixing and production.  While it never falls apart or flattens, the music sounds entirely human; that quality is lost in many sub-genres of metal.

Before the Prophecy may not be out to sell-out venues or land on the biggest tours, but one thing is for sure: they are making a name for themselves with an energetic live show that matches the E.P.’s sound and brutality. The five gentlemen who compose this music are each skilled in their respective instruments, and [collapse] can be enjoyed multiple times without skipping tracks.  Before the Prophecy are definitely on my bands-to-watch list for 2013.

[collapse] is out now for free download on their Bandcamp here:

2 Responses to “BEFORE THE PROPHECY: “[COLLAPSE]””