(TheMadIsraeli reviews the new album from Immolation, which is out now on Nuclear Blast and can be ordered here.)

Kingdom Of Conspiracy is fucking excellent and you should buy it and shit.

Nah, although I do kinda wish I could leave the review at that, just to have the shortest review in NCS history. I love Immolation, and as I stated in my review of Suffocation’s latest album, they’re another band who have those three key things going for them: Consistency, legacy, and relevancy. No one sounds like Immolation to this day, and yet Immolation continue to be ahead of their time no matter what era they are in.

Kingdom Of Conspiracy is a welcome jolt to the spine as well, because this is definitively the band’s most aggressive and fastest album since Dawn Of Possession, as well as one that includes the signature doom, sludge, and slam moments Immolation know how to throw into the mix. The band have never sounded more intense, Ross Dolan’s trademark roar has never sounded more grotesque and filth-covered, the drums are at an all-time high of double-bass and blast-beat saturation, and the riffs this time around opt more for bleeding you out via your jugular as opposed to the Immolation S.O.P of dragging you into an abyss by your feet. 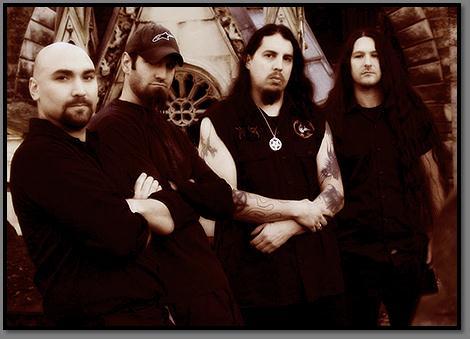 The title track, also the opener, is one of the best songs Immolation have ever used to open an album. It’s kind of like the sound of the earth caving in underneath you as a horde of demons jackhammer the surface en masse from below. This is definitely unusual for Immolation, who have always chosen to open their albums with odd (“Of Martyrs and Men”) or eerie numbers (“Swarm of Terror”), but it’s quite welcome to hear the band operating at full speed. This is something they really haven’t done a lot in their career.

Kingdom Of Conspiracy is definitely Immolation operating at full tilt. The general gist of this album removes the esoteric imperialism found on Majesty and Decay while retaining the faster direction and messier style of riffing that album had going for it. The result is a putrid concoction of vile that breaks the listener in two with breakneck efficiency. Of course, the very earthen nature of Immolation’s sound is also retained here. Immolation is the definition of  band who will destroy your spine like a hulk wielding a gravestone and beating your ass to death with it. Up until now, though, Immolation were always about the build-up to that beating; Kingdom Of Conspiracy is that beating from second one, unrelenting in every way.

This isn’t really an evolution for Immolation so much as simply a ratcheting up of a long understated aspect of their sound. Yeah, Immolation has put the pedal to the metal multiple times in the past, but it wasn’t the focal point of their music. It’s quite interesting to hear the band, in essence, flipping their sound upside down. As a consequence, some of Immolation’s most brutal and best songs have come out of the creation of this album. Battering rams like “God Complex”, the title track, and “Indoctrinate” make me want to go split concrete slabs with my head. Even the songs that indulge in the trademark Immolation trudge and eerie atmosphere are quite a bit weightier in comparison to previous albums. “Keep The Silence” is one of the best examples, the definition of a primordial war march.

The mix for this album is also quite a bit different, completely stripped of all the ambience that usually accompanies an Immolation record to bring it down to nothing but a dry, crisp sound of a battle tank mulching your bones into chunks. The result is jarring if you’re a long-time Immolation listener, but it suits the more primal direction this album takes.

It shouldn’t really have to be said that the performances of everyone are top-notch. This is Immolation, and their grasp of their own craft is astonishingly profound by now. Although I will say this: Ross Dolan’s vocals only get better with age, and Robert Vigna is only becoming ever better at writing riffs.

An obvious must-listen for anyone who loves death metal. Another tome of punishment from an ancient behemoth.

2 Responses to “IMMOLATION: “KINGDOM OF CONSPIRACY””