My NCS comrades and I were busy little beavers over the weekend (scabby, rabid ones, of course), making headway on new reviews. But I also heard a lot of new individual songs that grabbed me, so I’ll be dropping those morsels into round-up posts today in between a slew of album reviews — starting with this one.

When Ghost B.C. released their new album, Infestissumam, in Japan, they included a bonus track. It’s a cover of “Waiting For the Night” by Depeche Mode, from their 1990 album Violator. Late last week Ghost released the song to YouTube for those of us who like the band but can’t get our paws on the Japanese version of the album. The original song doesn’t mention Belial, Behemoth, Beelzebub, Asmodeus, Satanas, or Lucifer, but it does include some other Ghost-ly lyrics: “I’m waiting for the night to fall / I know that it will save us all / When everything’s dark…”

Even though there’s not any typically overt Satan worship in the words, Ghost do put their own spooky stamp (and some beefy low-end riffs) on the music. Cool song (and an exception to our Rule, of course). Check it next. 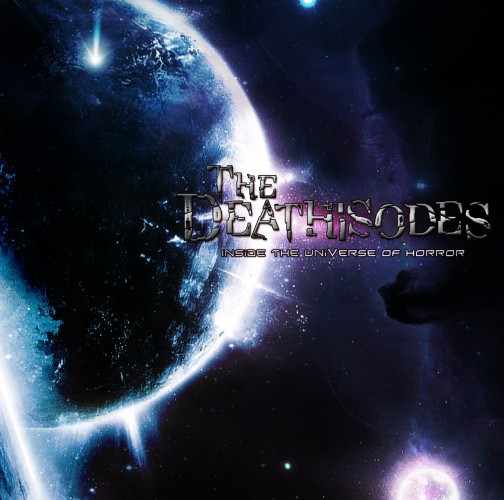 The Deathisodes is an interesting metal project organized by British songwriter/producer Alex Loader (ex-Akakios) with the goal of showcasing talent from the UK underground. Originally, the idea was to release one instrumental death metal song per week or month (hence the name “Deathisodes”), but it evolved into something more. By rounding up a multitude of vocalists and musicians from various UK bands, Alex was able to release an album’s worth of music last summer, entitled Destructive Patterns of Creation.

And now he’s on the verge of unleashing a second album — Inside The Universe Of Horror — which will be released on June 21 and includes contributions by more than 20 guest artists, including members of Bloodshot Dawn, Cryostorm, and many other rising UK bands. Over the weekend, The Deathisodes released their first music video, for one of the songs on the forthcoming album called “Black Virus”. It was filmed by Aaron Bennett Photography and features Jut Tabor and Matt Wilson from FuryBorn, Ollie Roberts from Metaprism and Jof “The Machine” Walsh from Mask of Judas.

The song is a hurricane of blistering, pulsating riffs, fiery soloing, and highly weaponized drumming, with a chorus that will get stuck in your head almost immediately. Jut Tabor does a fine job on both the harsh vocals and the clean ones in the chorus (which remind me a bit of ex-Killswitch frontman Howard Jones). And there’s a spacey outro that puts icing on this tasty cake. Fine job on the video, too.

Inside the Universe of Horror can be pre-ordered on CD from this location, and I assume it will also become available digitally on Bandcamp — where you can find The Deathisodes’ first album via the link below. 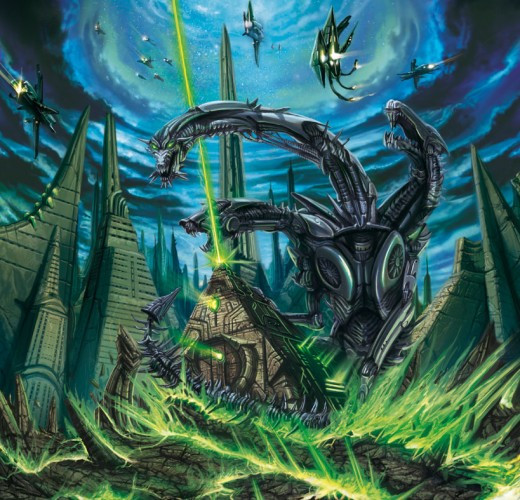 Italy has become a hotbed of technical death metal, and now there’s yet another name to add to a list that includes the likes of Antropofagus and Hideous Divinity. Dire Necro Cerberus are a band from Milan who released a debut EP last year (which they’ve made available as a free download here), and now they’re gearing up for release of their first full-length (which will display that eye-catching Marco Hasmann cover you see above).

Yesterday the band premiered a single from the album called “Armageddon Is My Name”. It delivers the punishing, jabbing, head-butting brutality you would expect, but what makes the song noteworthy are the contrasting melodic guitar solos. The song isn’t so frenzied and note-filled as to make your eyes cross, but there’s also definitely enough technicality in the instrumental performances to grab the attention.

The band have made the new single available for free at this location. You can find them on Facebook here. This is the song (NCS thanks Ted O’Neill of Oblivion for tipping us about this band):

3 Responses to “SEEN AND HEARD: GHOST B.C., THE DEATHISODES, AND DIRE NECRO CERBERUS”