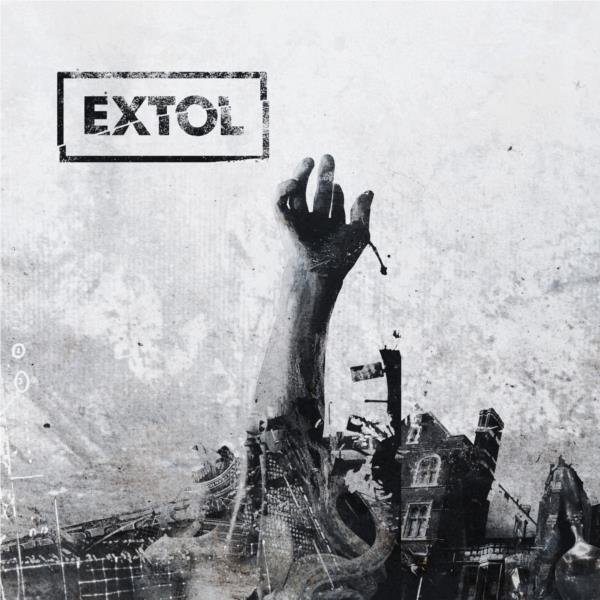 Today’s news is that Extol have released a new album teaser that collects excerpts from all the album’s songs. Man, it’s really a rich smorgasbord of diverse sounds — all of which sound very tantalizing. We have had high expectations for this album, and based on these excerpts, I think it’s likely they will be met in spades. Here’s the teaser reel:

CONDUCTING FROM THE GRAVE (by DGR)

Kickstarter has become one hell of a middleman. They’ve been able to cut out a large part of the publishers/labels side of the business by effectively creating a tiered pre-order system, so long as those receiving the funds can handle it. Of course, it didn’t take long for musicians to see the value in a system like this, especially the groups who have been unsigned for any period of time – and quite a few high profile Kickstarters for bands have proven to be rather successful. The gentlemen of Sacramento’s Conducting From The Grave have taken to the recent trend of groups successfully kickstarting albums by deciding to launch their own as well.

They are seeking $15,000, which has proven to be a pretty reasonable goal for bands to reach when it comes to these sorts of drives. It’s a pretty safe investment because the group says that much of the work on their new release is already done and this is going to be used to push them over the finish line. As of this writing the group have only released a (pretty funny) video announcing said Kickstarter, but no link to the official setup as of yet, so any sort of rewards have yet to be announced outside of a $10 donation that will get you a digital download of the disc – which I spotted by parsing through comments on their bandpage. The group explains it way better than I could hope to and I’m just trying to get the word out. If we can make stuff like Man Must Die happen, then we can help get this bit of noise out.

Now to the meat of the issue and why I’m willing to post just a video without a link to a kickstarter yet. As a bonus, the band attached the new song “Honor Guide Me” to the end of the video and holy shit. It runs in a somewhat similar vein to what Wretched did on Son of Perdition by just being way more death metal than one would expect, and for those who missed the relentless guitar work of earlier Conducting releases, there’s quite a bit of it here. It’s a monstrous track that already crushes much of what the guys did on Revenants. It’s also the song that the band said earlier would be them letting their geek flag fly — it’s written about a battle from the viewpoint of a zealot in Starcraft. Hopefully, we’ll have a link to the actual kickstarter page by the time this goes up, but until then watch this page and check out the video and blast this track.

Now for something a little different….. 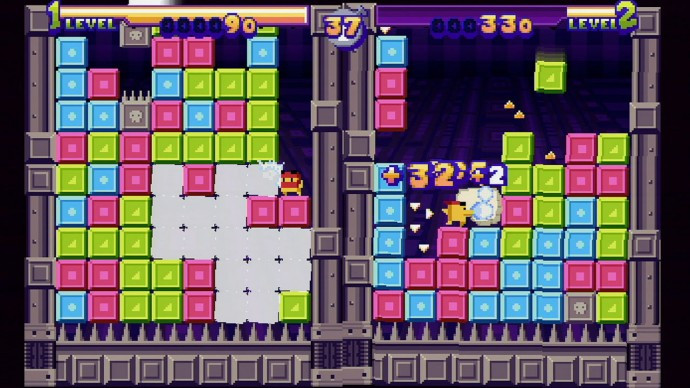 This has absolutely nothing to do with metal, but since I’m already on a bit of a geeky tangent I figure this will fit right in. Some of you folks may have heard of the game Super Puzzle Platformer Deluxe, which is a recently published Adult Swim videogame release. It’s an addictive as hell game that puts you in the role of a little dude on a tetris board who has to shoot the pieces that stack up; the colors that group up get you way more points and level you up faster. It’s simple enough when you’re just trying to dodge falling blocks, but then the game gets absolutely insidious by deploying moving traps for you to dodge alongside the falling blocks. If you’re interested in a ton of footage on that game, the guys over at Destructoid.com did a four-hour live stream of it with one of the Adult Swim folks here on Twitch.tv (gameplay starts at the 20:00 minute mark), or Giant Bomb’s look at it, which comes in at a much shorter twenty or so minutes and is just as good. 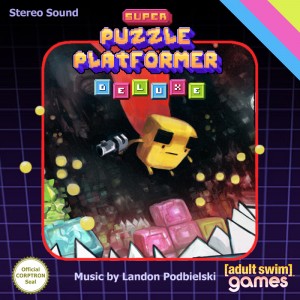 The reason I bring this up is because the soundtrack to this game is catchy as fuck. We get a lot of 8-bit and 16-bit sounding music submitted to us, by artists who see that we do reference videogames a lot (as well as my own posting of Rainbowdragoneyes, so it’s probably my fault) and they tend to send stuff our way as they fuse metal into their chosen genre. Some will be metal bands covering video game songs and sometimes we get the inverse — songs being re-done to sound like something out of an early Castlevania boss fight. We don’t post them too often because they’re not exactly in the NCS wheelhouse, but this one is different because the soundtrack to Super Puzzle Platformer Deluxe fucking rocks. There are parts of this soundtrack that sound like straight-up shred guitar and that alone is proving to be one of the reasons why I’m constantly returning to the actual game.

Well, the soundtrack’s creator just posted the whole thing up on Bandcamp as pay what you want, which means that you can kick the guy some change or just grab the thing and go. I highly recommend checking this one out because goddamn, some of these songs can get stuck in your head. It’s really helped me, too, because it has dethroned the previous champ of this sort of thing getting stuck in mine – which was this gentlemen’s acapella cover of Dr Wily’s theme from Mega Man 2. You can thank me later for that one. You can find the soundtrack at the link below.

6 Responses to “ROUND-UP: EXTOL, CONDUCTING FROM THE GRAVE, AND SUPER PUZZLE PLATFORMER DELUXE”