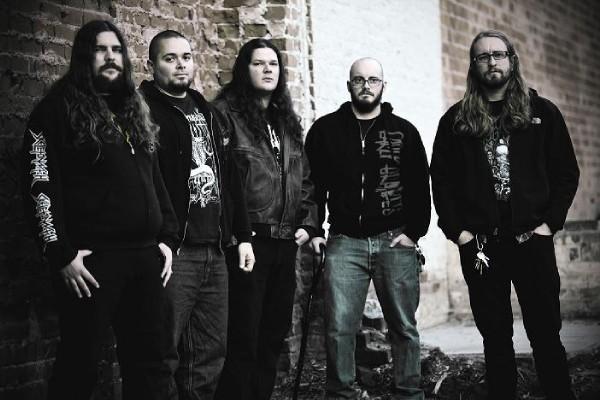 (Andy Synn brings us another edition of THE SYNN REPORT, focusing on the discography of California’s The Funeral Pyre.)

The phrase “American Black Metal” is like a red rag to a bull to some people (random fact: bulls are colour-blind, so it’s actually the motion that they’re responding to). Due to an unfortunate combination of cultural xenophobia and musical possessiveness they immediately dismiss the concept with a knee-jerk reaction of ugly contempt, or even outright anger.

And that’s a shame because there is a wealth of black metal talent in the American underground these days. And it’s not all of one uniform sort either. I suppose I could even wax lyrical how the USA has developed its own particularly American brand of the blackened arts (appropriately too, since Black Metal has always been a musical form which builds on cultural nuances and interpretations) but that’s a column in and of itself!

Hailing from La Habra, California, The Funeral Pyre were initially among the more European-sounding of the American Black Metal underground, with a frostbitten melodic attack that at its roots recalled vintage Dissection. Over the years, however, their sound has developed into something far more distinctive, a blazing conflagration of dry bones and dead-eyed malice, burning in agony beneath the pitiless desert sun.

IMMERSED BY THE FLAMES OF MANKIND – 2004 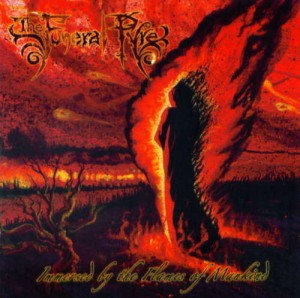 These days the band’s first album is looking a little rough around the edges, but still holds some pleasantly nasty surprises and showcases the early potential of the group.

“The Wrath” sets the stage with its propulsive drum-work and gothic synths, soaring above and below the song’s central core of raving howls and trip-wire tremolo guitars. A short, sweetly seductive solo, an injection of death metal ugliness, and an irresistible, head-banging final riff make this the perfect introduction to the band’s burgeoning sound.

“World Of Vengeance” has a very European feel to its central guitar melodies, while the scrappy nature of the drums, chopping and changing tempo and intensity at a moment’s notice, adds an earthy, vibrant element that contrasts with the haunted romanticism of the track’s synth work. The rippling solo adds a lightning-rod dynamic to the track, which continues through into the spiky, harmonised riffing of “Sight Through Bleeding Eyes”, all thunderous drums and blazing, electrified melodies.

“Lies of Eternity” is a tightly wound piece of black-hearted perfection, tautly aggressive and technically precise, while “A Fallacy Carved In Stone” has a more direct, death metal feel to many of its stomping, bloodbound riffs that contrasts well with its more atmospheric blackened sections.

The title track is an inferno of paint-stripping vocals and scintillating guitar work, propelled by an engine of pounding, powerhouse drumming that leads into the epic finale of “Isengard Unleashed”. The band have saved some of their best work for last, the whiplash blast-beats and spiralling lead parts battling for supremacy amidst a chaotic storm of frenzied riffage.

Savage and powerful, the band’s first album still betrays an occasional lack of direction, mixing melodeath, death metal, and black metal elements to often impressive, though not always consistent, effect. Despite this though, it’s a blistering listen when it hits its stride. 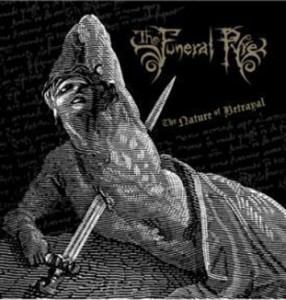 A step up in terms of both overall quality and sheer aggression, the Californians’ sophomore effort incorporates the keys in a more natural manner, while upping the ante on the vicious guitar work, which was, slowly, becoming their trademark.

Though “200 Years” starts off with a slow, dreamy piano melody, it soon explodes into unholy life with an eruption of blazing blast beats and throat-rending snarls, while the excoriating riffs bleed crimson death, twisting through evocative, darkly melodic, shapes.

The primitive, unstructured wrath of “In The Wake” is certainly given a fresh lease of life by the aura of dark synths that swamps it in malefic bliss, and kept nice and necrotic by John Strachan’s feral howl. The song has a similar vibe to early Chthonic, with its whispering keyboards, spiked riffs, and spasms of blasting anxiety.

Largely eschewing the melodeath melodies of the previous song, “Here The Sun Never Shines” is a blacker, bleaker, though still melodically incisive, affair, with a splash of death growls and a coating of icy keys adding character and style to its rampant tremolo attack. Similarly blackened yet melodic, the title-track derives its key elements from Storm of The Light’s Bane, but manages to stand on its own two feet thanks to a well-developed mix of hook-filled riffs and scintillating lead interplay.

Seven minutes of frozen majesty and fiery misanthropy, “Stealing The Air Of Life” is the album’s longest and most ambitious song, a steady march through icy fields of desolation. It leads into the album’s climactic number, “Ending The Eternal Reign”. The song is a blaze of fury that lights the northern sky with its chainsaw guitar runs and stream of scorching, blackened invective, leaving you breathless with its sheer intensity.

Though the album lacks some of the shocking intensity and visceral heaviness that the band would develop subsequently, it never lacks for bloody-minded, focussed aggression, while incorporating a chilling grasp of ageless melody and an aura of creeping menace. 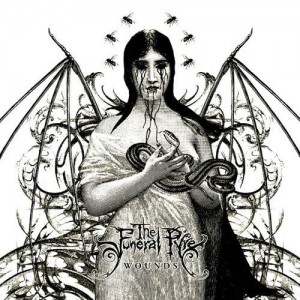 The band’s third album sees them drop the keyboards and melodic death metal elements of their early endeavours in favour of a veritable blackened cacophony of razor-sharp riffs and annihilating drum work. Its violent momentum simply doesn’t let up, and the switch to a more guitar-heavy and primal approach to the songwriting adds layers of heaviness to the group’s sound, without losing the sorrowful atmosphere they’ve so carefully cultivated.

“Thieves” immediately showcases the band’s shift toward a more scything, primal approach, the rapid-fire drums and slashing tremolo riffs pushing their sound in a more extreme and unrelenting direction without neglecting the bleak melody in the song’s haunting mid-section, while “Black Earth” is a freewheeling piece of siphoned aggression, built on a foundation of rapturous blasting and scorching shrieks, with a truly demonic chorus refrain.

The borderline-doomy melancholy that introduces “The Gathering Bones” soon transforms into a torrential downpour of thunderous blasts and blood-soaked fury, tinged with an aching sense of loss, betraying a heavy Norwegian influence in its malevolent use of seething melody.

Two sides of the same coin, “These Ties That Bind” displays a touch more death metal in its DNA, deploying a devastating mix of laser-sighted drums, skyscraping lead guitars, and strangulating, glass-chewing riffs, whereas “Arches Of Existence” weaves a tapestry of sweeping darkness, its creeping introductory bars setting the stage for a black cascade of ferocious melody and emotional napalm.

Both “When The Light Ends” and “Devourer” offer an unholy mix of barbaric aggression and psychotic intensity – the latter in particular possessing an utterly monstrous closing refrain – but it’s the album’s final track “Ghost Walker” where everything reaches its pinnacle. Building from an aching acoustic guitar into an unstoppable flurry of writhing guitars, whirlwind drum work, and savage, banshee howls, it matches sheer intensity with subtle melodic touches and a distinctive sense of progression. 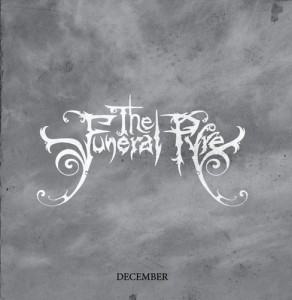 A further step toward achieving a poisonous purity of sound and style, the December EP sees the band shedding the last of their early influences and targeting a new direction that takes the ravenous aggression of Wounds and wraps it in a heat-haze of slithering melody and arid, lifeless atmospherics.

The haunting melodic intro of “Into The Soil” soon gives way to a stomping behemoth of thunderous riffs, moving through a series of scything blast-beats and lacerating guitar lines, finally coming together in a tortured climax of lithe, serpentine melody.

The dark clouds and death-march ferocity of “To Walk, To Maintain” are utterly suffocating, with a central recurring refrain of twisted, angular tremolo harmonies offering the only glimpse of light amidst the chaos, while “The Ocean Floor” continues the new-found crushing heaviness of the band’s developing sound. This lumbering monstrosity is a piece of unforgiving blackened death metal malice whose brutalising havoc peaks in an unexpected climax of gleaming majesty and pained reflection.

“Frail And Dying” is an angst-ridden scream of defiance whose hammering snare and ripping, tearing riff assault is intertwined with faint threads of longing melody, which reaches its zenith with a penultimate explosion of venomous grace.

The EP concludes with “The Last Breath Of Man”, a ferocious, blast-furnace reworking of an older song that melds flesh-tearing, barbed-wire tremolo sections with a chilling, soporific atmosphere, filling your lungs and choking the life from you. 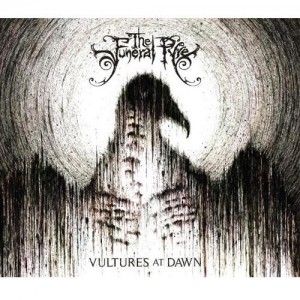 As much as I love Wounds I can’t deny that Vultures At Dawn is the band’s best work. Years of development have resulted in a form of black metal that speaks the language of barren, burning deserts and endless, empty skies.

Immediately and demonstrably rawer, “Vultures” exposes the band’s newly refined sound, stripped down and purified by fire and wind, warping their traditional aggression with layers of dissonant disharmony and a prevailing sense of gasping desperation.  Continuing this, “Destroying Gods” hooks you with its stark, gloomy melodies and oppressive, doomy vibe.  Whirling-dervish drums drive the track relentlessly onwards while the twin guitars wrap you in a sandstorm of piercing barbs, peaking in cursed, bluesy solo.

“Monolith” is a sonic vampire, choking vocals and grim, life-sucking guitars wrapped together in a corpse-shroud of blistered skin and bleached bones. The song’s tectonic, grinding march of massive, crushing chords and brutal, minimalist drumming, culminates in a final, frenetic guitar solo of suppurating sludge and sickness.

“Blistered Hands” is a burning sermon of scalding hatred whose predatory ravings and gnawing hunger conceal a bloody undercurrent of raw, hypnotic melody, while “Personal Exile” is an acidic brain-melter of lacerating riffs, with a crippling, eerie atmosphere lurking just beneath the surface.

The purgatorial punishment of “Seeking Flesh and Bone” is as brutal and uncompromising as its title suggests, its looming, overcast heaviness straddling the line between death and black metal and leading into the revenant, berserker frenzy of “To Watch The Earth Rot”.

The album comes to a necrotic climax with the brutal insurgency and atrophied atmospherics of “Clarity Of Time”. The song’s pitiless patience unfolds as a slow-burning series of hypnotic chords, which develop into a scorching run of rampaging riffs, blistered and bursting with a sense of decaying urgency. Equal parts vicious aggression and meditative misanthropy, the song’s black heart pulses to the beat of its impressively intricate drumming, split between lashings of punishing blasts and jabbing, striking, rolling fills.

Black metal born from the desert sky and forged beneath a burning, pitiless sun, Vultures At Dawn is the perfect product of its time and place, doom-laden, desolate, and devastating.

All of The Funeral Pyre’s releases are available on Bandcamp:

2 Responses to “THE SYNN REPORT, PART 36 — THE FUNERAL PYRE”