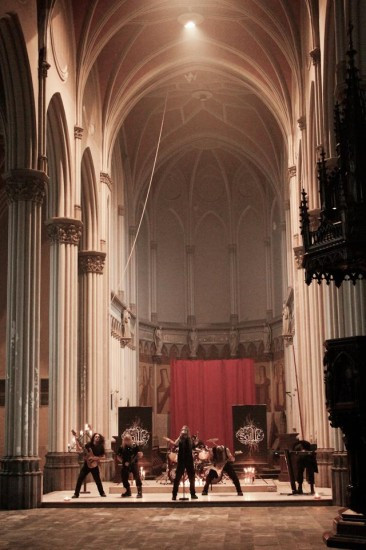 Lyrically, the songs deal with death rites in ancient cultures, as well as aspects of Lovecraft’s Cthulhu mythos. One of the songs, “Blood Libel”, takes as its subject the murder of a boy (William of Norwich) in Norwich, England, in 1144. The Jews of Norwich were falsely accused of killing him in a ritual murder (a “blood libel”). According to The Font of All Human Knowledge, similar accusations were made in other English towns over the next 40 years, leading to massacres of Jewish people in many communities, including the butchery of Norwich Jews in their homes in 1190.

This past weekend, Saille premiered an official video for “Blood Libel”, which was was directed by Nicolas Daenens and filmed in the woods and in an abandoned church in the region known as “Meetjesland” in Belgium. The song itself is dark, dynamic, and dramatic. It would feel like a story being told, even if you knew nothing about the lyrics, and the video intensifies the narrative quality of the music. At first, I thought it was going to be cheesy, with the band members dressed in cloaks in a forest, but I got pulled into it. Of course, the fact that the song is so good probably had something to do with that.

The one twist in the video is that it depicts an actual ritual murder and the execution of vengeance on the killer, whereas the song’s lyrics are more true to the idea that vengeance for the death of William was the result of mere suspicion and prejudice.

Have a look at the video below.

As we previously reported, this Swedish black metal band have a new album named The Wild Hunt coming on August 19 in Europe and August 20 in the US via Century Media Records. As we also reported, Century media will be releasing a two-track single in late June, with one song being an original album track named “All That May Bleed”, and the B-side consisting of a cover of “Play With the Devil”, originally recorded by the Swedish black/heavy metal band Taiwaz in 1988.

Late last week, Century began streaming a trailer for the single that includes a bit of the music from “All That May Bleed”, and it’s sounding good to my pointed ears. Check it out next, and go HERE for a description of release dates and other info concerning the single. 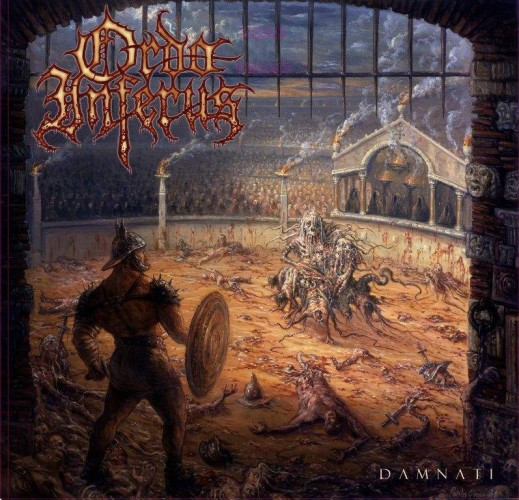 Ordo Inferus is a multi-national death metal band featuring current and former members of Excruciate, Funebrarum, Godhate, Mastication,  Malfeitor, Disma, and Necrophobic. They’re currently working on a full-length debut album projected for release in 2014, but in the meantime they’ve recorded a three-song 10″ EP entitled Damnati, which will be released by the Czech label Doomentia in July 2013. As you can see, it will feature painted cover art by the madman Paolo Girardi.

To date, Ordo Inferus have released two teasers that include excerpts of songs from the EP, the most recent of which emerged two days ago. If the pedigree of the band members weren’t sufficient to attract your interest, then the teasers should seal the deal, because the music sounds tremendous — as in tremendously fuckin’ evil, groovy, and heavy as hell. This EP will definitely be worth checking out when it arrives. 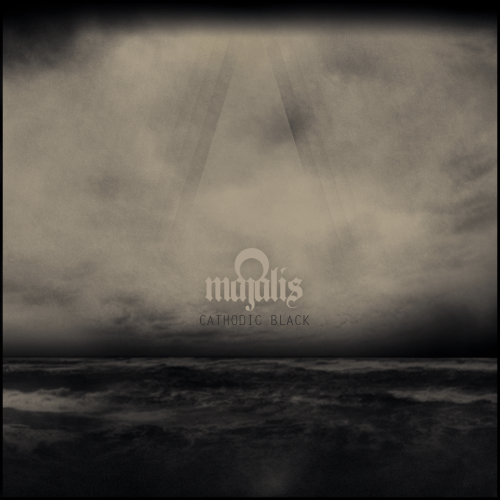 Majalis are a new four-man band from Falun, Sweden. They’ve recorded a debut EP entitled Cathodic Black that’s scheduled for released via Pulverised Records on July 8th. I paid attention to this news, first, because Pulverised is a damned dependable label and, second because Majalis includes Tobias Netzell and Björn Pettersson of In Mourning, and In Mourning are beyond excellent.

Last Friday the band started streaming a song from the forthcoming EP called “Altar”, and it has really grabbed me. The slow guitar-led introduction is eerie and gloomy, and then the doom really falls like an anvil when the song shifts into cruising gear. The music is an interesting mix of post-rock guitar stylings, sludgy bass work, and funereal atmospherics, and Daniel Jansson’s vocals more of a mid-ranged howl than the gargantuan growls you’ll hear from bands such as In Mourning. Very interesting and very nice.

One Response to “SEEN AND HEARD: SAILLE, WATAIN, ORDO INFERUS, AND MAJALIS”