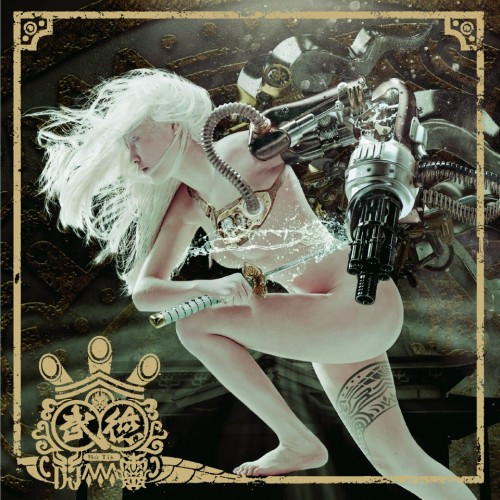 One of the reasons I elected to review the new Chthonic album, apart from being a huge fan of the band already, was because they’re at such an interesting point in their career right now, one that’s ripe for (over)analysis.

Bear with me, as this might get a little intellectual.

Professor Edward Said was considered one of the founding members of the post-Colonial movement of political/social discourse. He was also responsible for the more specific theoretical approach/consideration of ‘Orientalism’. Now, in a nutshell this posited that Western understanding and concepts of Eastern culture would always be imprecise, due to the necessity of translation – not just verbal, but mental translation – of underlying concepts. It also stated that there’s an inherent reflexivity involved, since we (as Westerners) view and understand the East through reflections on, and comparisons with, ourselves and our own experiences.

Now, more relevantly, it also exposes (in theory at least) that attempts by Eastern culture to bridge this gap are just as hamstrung – they often end up using imagery/translations already established by the West, communicating with us using words/concepts we’ve created already, with all their inherent deficiencies and reliance on familiar, but imprecise, Western analogues.

So what exactly does all this pontificating have to do with Chthonic? Well, due to their current position in the metal world, they’re caught at very much of a crossroads between East and West, culturally, politically, and musically.

Take a look at the video for ‘Defenders of Bú-Tik Palace’ as an example. It’s whole aesthetic is that of Eastern martial artistry, via non-specific manga imagery, via Wachowski-esque wire-fu and slow-mo action. It’s an East meets West mix of styles with an uncertain grasp of substance (although ironically the song is one of the best distillations of the band’s musical identity on the album!).

The reflexivity in it is readily apparent – the video communicates something of what Chthonic are attempting to say, using certain elements seemingly designed to bridge the East/West divide, but for all its flashiness and impressive choreography it’s a very Hollywood-ized interpretation. Neither one thing or the other.

This is the trap Chthonic have to be careful to avoid. They could easily fall into aping Western styles, which might be fresh to them yet offer little to the Western listener that’s new or invigorating, whilst simultaneously betraying the cultural roots that have so far made them such an intriguing proposition.

Now, with that being said, let me make one thing clear – Bú-Tik is a fine album. Carefully written, impeccably performed, emotional yet articulate in its rage and angst. Paradoxically, or at least bucking the trend a little, it could be considered both Chthonic’s most accessible album and potentially the best realisation yet of their talents. The solos absolutely shred, the vocals roar with tumultuous passion, the drums thunder with righteous fury. All the pieces are in place, it simply depends on what Chthonic choose to make of them. 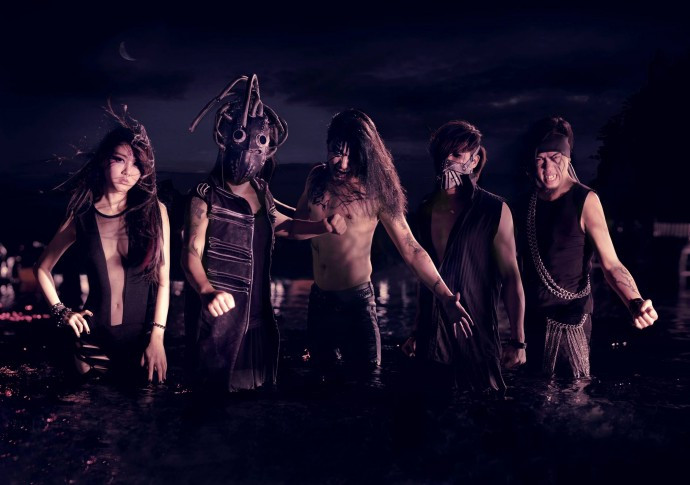 Bú-Tik is Cthonic’s greatest attempt so far at speaking the universal, world language, of metal. The black metal elements are fewer and farther between, owing to a greater influx of Scandinavian melodeath (‘Sail Into The Sunset’s Fire’) and power metal (‘Next Republic’) influences. There’s only so much available space after all, and Chthonic’s vision is inarguably wider in scale this time around.

Cross-cultural pollination brings its own potential problems though. The more worldly something is, the more permeable to outside influences it becomes, the greater the risk that its original character will be lost. We’ve all seen it happen in genre terms where bands have spread themselves too thinly, alienating their core fans while simultaneously failing to achieve lasting cross-genre appeal. Now take that and add the difficulties of communicating across an entire culture gap. You can see why the very success of this album could be its own Achilles heel.

Thank the ancestors then that the album nimbly dances around these pitfalls, rarely putting a foot wrong. Despite the band drawing from a more wide-ranging, less specific, palette of sounds and influences this time around, their unique take on things makes the familiar seem somehow more vital and vibrant.

Although you might have heard some elements of this album done before, it’s debatable whether you’ll have heard them being done this well. Not for a long time anyway. As well as the steadfast mix of melodeath vim and black metal vigour, the band incorporate touches of thrash (‘Resurrection Pyre’), and ostentatious power metal melody (‘Between Silence and Death’) that might have seemed tired in anyone else’s hands, without diluting their overall spirit. 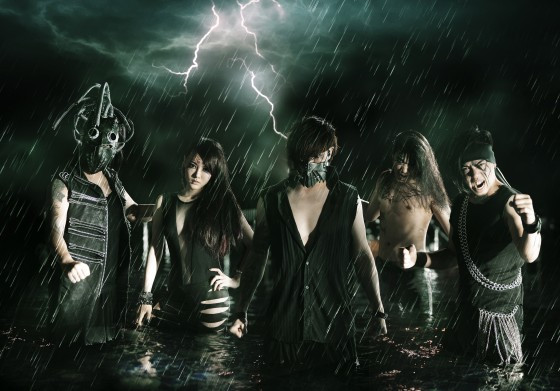 That’s not to say there aren’t some moments of pure Chthonic majesty to be found here – ‘Supreme Pain For The Tyrant’ is an absolute scorcher of Taiwanese hellfire, ‘Rage Of My Sword’ balances some particularly heavy moments of death metal ire with an undercurrent of eerie oriental melody, while ‘Set Fire To The Island’ is a venomous mix of symphonic darkness and calculated wrath. It’s just that it’s always interesting to see a band with an outsider’s perspective exploring and exposing the un-mined potential in areas where the rest of us have grown a little complacent.

Chthonic currently occupy a nexus point not only between metal genres (black, death, power, etc) but also between cultures. Their distinctly Asian sound, along with a pro-active political drive and keen socio-historical awareness, has let them sweep through the crowded metal scene like a breath of fresh air.

And now we’re seeing the results of this growing exposure.

Far more than a mere cultural curiosity, they are transforming into a true band of the world, embraced by fans and critics from across the metal spectrum, offering new strands of awareness and perception, new lines of communication, crossing both cultural boundaries and uniting the separated genres.

Sure, some things are lost in translation, and the words don’t always mean the same, but look instead at what we’ve gained.

The vision expands, but the spirit remains.

Bú-Tik will be released in North America via Spinefarm Records US digitally on June 18 and on CD June 25. For pre-orders, go HERE. Chthonic will be releasing the third official video for the album on June 10. A teaser for that is below, followed by the second of the album’s videos.