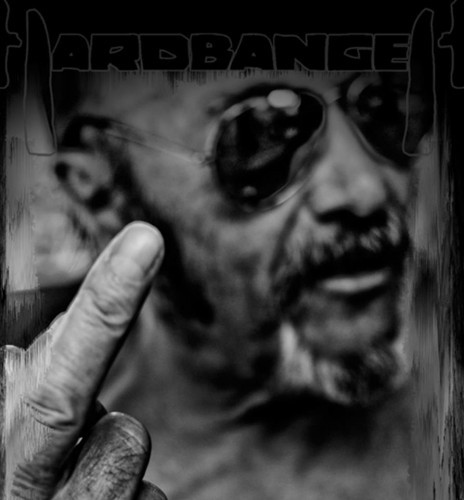 I’m late to the Hardbanger party. This French band started releasing singles and accompanying videos back in the spring of 2012, beginning with “Neck”. Before the year ended, they released “She Says” and “Civilization” (a cover of a song by a French band named Justice). And then this past April they collected those three songs plus one more new one (“Shapes of Envy”) and released it as a debut EP in an unusual format, with the title of Foursome. I finally paid attention only yesterday. But believe me, in the case of Foursome, late is much better than never.

There are many things to like about what Hardbanger have done, beginning with the music of course. It doesn’t fit neatly into any recognizable sub-genre, which is part of its attraction. The sinister, mid-paced songs are built on a foundation of huge, beefy, stomping riffs, crushing bass tones, and relatively simple but utterly brain-thumping, low-end, rock-style drumbeats. The songs come at you like a blunt meat cleaver, and they’re about as instantly headbang-inducing as you could imagine.

The vocals are uber-deep, growled, and somewhat distorted. It’s like listening to Peter Steele doing harsh vocals, and I don’t mean something like the sound of his Carnivore vox. I mean that rich bass voice for which he’s best known in the music of Type O Negative, but rumbling like a cement mixer loaded with gravel. Yet the vocals are almost completely intelligible, with lyrics (particularly in the chorus) that make you want to sing along. 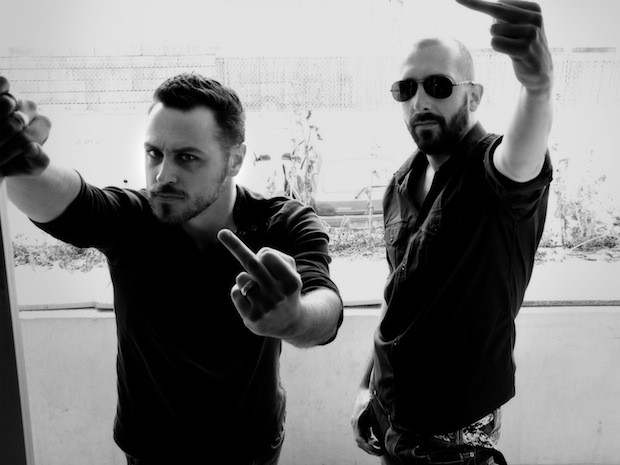 And the Type O Negative influence doesn’t stop with the vocals. There’s a similar dark, gothic atmosphere in many of the melodies — but married to a kind of primal, Motörhead-style heavy rock. Except heavier. With some Morbid Angel riff monsters in there, too.

Am I confusing you? Well fuck, I said this wasn’t easily classifiable, didn’t I? Since I’m already confusing you, I might as well mention the writhing, squirming, shrieking guitar solos, with a special commendation for the very tasty extended solo in “Shapes of Envy”. And then there’s the fog of squalling distortion that ends that same song. Mixed with the notes of an acoustic guitar, and why the hell not?

It’s not exactly gothic metal. It’s not really death rock. You wouldn’t call it old-school heavy metal either. Maybe it’s a combination of all three, plus some other things, including a superb production that gives it a massive sound. Whatever you want to call it, it’s music that will make you want to move, preferably inside someone else. It chugs and swings and it feels kind of dirty and doomed. In short, it’s killer stuff, and it lit me up like a Roman candle.

What kind of minds conceived of this? Well, Hardbanger is a duo, consisting of French producer Bruno “brew” Varea (who has done studio work with the likes of Dagoba, Hord, Blazing War Machine, and Mephisto) and guitarist Jerome “gray” Graille. They clearly work very well together, and they’re probably friendlier than they look.

And that’s all I have to say about the music — but it’s not the end of this post, because Hardbanger’s creative impulses extend beyond the music.

First, as mentioned at the outset, the band have released Foursome in a most unusual physical format. They’ve made 100 tapes of the EP, and artist Gabriel Ruiz used that collection of tapes as a single canvas for a painted work, so that each hand-numbered cassette comes in a container that includes a part of the original painting — and buyers can pick the specific tape they want from this page (the shipping is free, btw).

Here’s what this “tape painting” looked like upon completion, followed by a photo of Gabriel Ruiz at work on it and an example of one of the tapes: 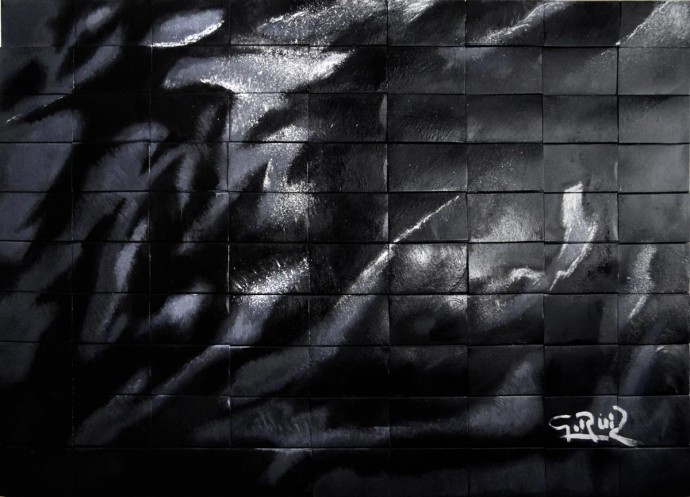 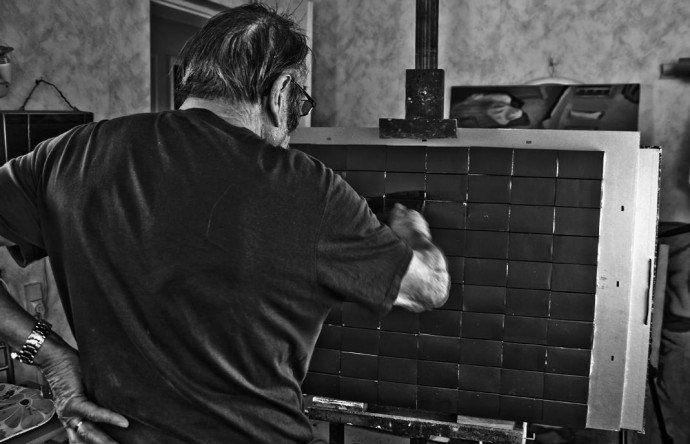 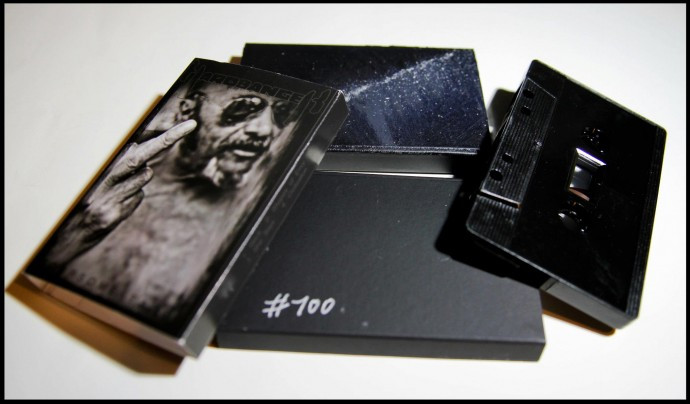 Awfully cool, isn’t it? I should add that for those of you interested in getting the music digitally, it’s available on Amazon mp3, iTunes, and emusic.

But that tape creation still isn’t the end of what I have to say. Hardbanger have also made a separate music video for each song on Foursome, with the last of the four (“Shapes of Envy”) getting its premiere from Revolver magazine yesterday. All four of them are well done and worth seeing, and all four of them are below (along with Hardbanger links). The second video is NSFW.