(DGR reviews the recently released album by a multi-national collective who call themselves Enshine.)

This is probably one of the most pretentious-sounding opening paragraphs I have ever written and for that I sincerely apologize.

One of the things that has always drawn me to the specific brand of European death-doom that Enshine wallows in is the sense of ethereal beauty that seems to weave its way through each song. Groups like October Tide and Swallow The Sun have mastered it; and bands like In Mourning incorporate many of these elements as well. Yes, it usually is tied into the feelings and delivery of melancholy and depression, but for some reason I’ve always found that stuff like that has a certain aura to which I am unerringly attracted. A person described it to me once, in reference to Swallow the Sun’s Hope disc, as devastatingly beautiful. I know I am going to like a disc like this if it takes me to a certain place I have set aside in my head, one of empty spaces, snow falling from the sky, long-since devastated cities. Places that you just know were beautiful long ago, and the sense of fragility that these vacant places emanates makes them beautiful now. If an album can take me to that place, evoke those images, then it’s almost guaranteed I will enjoy it. And so, even though I finally bit into Origin by Enshine during a heatwave out where I live, I find myself entranced by it.

Enshine is the two-man project of Jari Lindholm (Seas Of Tears, ex-Slumber) and Sebastian Pierre (Fractal Gates, Inborn Suffering). The group was founded in 2009 as a solo project for Jari, but eventually Sebastian would find his way into the group. According to their Facebook page they spent about two years in the studio working on what would become Origin, with the final dates being wrapped up in 2012. Hence, if you look them up elsewhere and see that even though they’ve been around for four years they only have Origin to their name, you will know why. Quality does take time, and who knows what was happening behind the curtain that could stall an album recording? All we really know is what we have in front of us, which is an excellent hybrid of death metal and doom metal that spreads out enough melody and melancholy to make this an enjoyable listen. 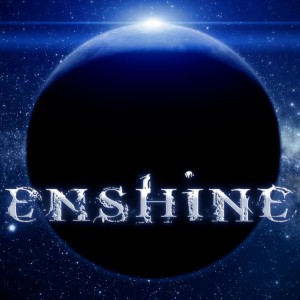 Without being too reductive, if you’re a fan of any of the bands I mentioned earlier in this review then you need to quit reading and find a way to get this disc. Enshine are very much their own band, but they occupy a similar space, one that isn’t utilized as much as it should be, and they make good use of their time there.

Origin begins with “Stream Of Light” – which itself starts out as the standard sort of doom-lite fare that groups like this are want to do. The pace is relatively upbeat (in fact, the whole album moves at a pretty good clip, it’s no funeral dirge by any means), and as the symphonics swell up into the mix you get a real good sense of where the band are going. Then things slow down, and you get a real soft guitar, and that is where things change for this song and the whole CD picks up.

Insomnium and In Mourning both use this move to varying effect, with a singular guitar letting off strains of notes that slowly build into a melody-providing atmosphere for the rest of the song. Jari Lindholm is a goddamned master of this maneuver, and throughout much of Origin you really get a sense that he knows what he is doing with moves like this – especially on the songs that are instrumental-peppered throughout this release. Every time a moment like that pops up, he complements it so well. You really get a sense that he may be one in the class of musicians who can really make a guitar “speak” the emotion they are trying to convey.

Origin uses this as a foundation and builds outward from it, with Sebastian Pierre handling vocal and key duty whereas Jari takes guitar and wrote most of the instrumentation. They had help from other musicians — Oscar Borgenstam on drums, Siavosh Bigonah on bass, and Sandy Mahrer contributing the choral vocals when things really get grand and sweepingly dramatic.

Once you’ve warmed up to it, Origin becomes quite the varied experience, with each song offering different, tantalizing bits of music to latch on to. Personal favorites include “Above Us”, which is a six-minute journey toward the end of the disc that really highlights why this album is a headphone album. It’s full of guitar leads that add so much to the general atmosphere that you can really close your eyes and imagine a different world in which this song unfolds. On top of that, you have Sebastian providing his own melody with the keys alongside some pretty vicious growls. 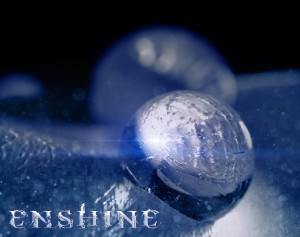 “Cinders” is one of the more approachable songs on this disc – if not just for the fact that it contains the most clean singing, a style that also works quite like some of the music on Omnium Gatherum’s latest album Beyond. Every instrument in the song builds such a memorable picture, each part constructing a genuinely haunting image. The clean singing itself actually reminded me a little bit of Grey Waters, although a little less melodramatic but with the same sort of emotional urgency. Also, you all need to acquire the song “Brighter”, a track the band have made available separately from the rest of Origin as a giveaway. It’s also a bonus track in the digital version of the album, and it fits in right at the end. It’s another piece to just drift off to.

I often speak of discs like Origin as albums to fall asleep to. I’ve never meant that in a negative way. I mean it as a way of describing music to just “let go” to, and experience as fully as you can. Listening with headphones is absolutely integral to that experience, because the soundscapes painted by each song — the imagery you see in your mind as each one goes — is almost as worthwhile as the excellent music itself. Yes, sometimes you may fall asleep to it, but that’s because the calming effect of this album’s gloom is second to none. It feels like a kindred spirit made for life’s travails. It’s not as overbearingly miserable as many similar albums (and to be fair, some of my favorites can be), but it still captures that fragile, crystalline beauty that drew me into this genre in the first place.

Origin is a disc that needs to be heard, especially by those who may have been disappointed by the darker turns other bands in a similar space have taken with their latest releases. Origin takes us to that snow-filled, cold, and desolate place where we sometimes long to be and lets us sit and watch the world move as it speaks to us.

Origin is out now on Rain Without End Records and via Bandcamp.

One Response to “ENSHINE: “ORIGIN””