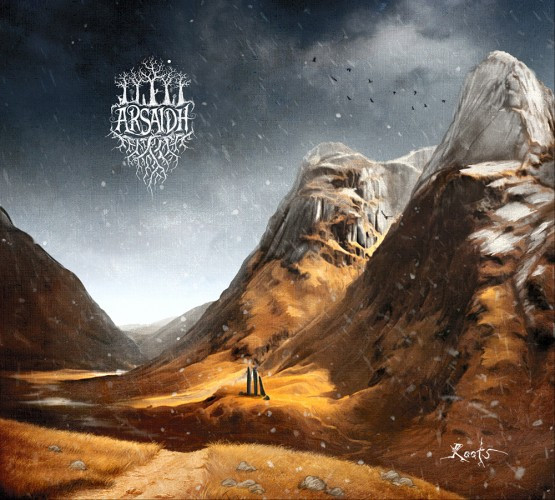 It’s probably inevitable that associations will be drawn between England’s Winterfylleth and Scotland’s Àrsaidh. Both bands play what might be called atmospheric, folk-influenced black metal. Both bands take the ancient heritage of their respective countries as the inspiration for their music and the focus of their lyrics. And the music of both bands is dramatic and serious-minded. In light of Winterfylleth’s well-earned rise to prominence, and the temptation of fans and critics to compare new bands to better-known ones, I’d be surprised if the comparison weren’t made. Hell, I think I just did it myself.

At a high level, all those similarities exist, and I would add one more: Àrsaidh’s debut album Roots is as deserving of attention as The Threnody of Triumph and The Mercian Sphere. In fact, Roots is downright brilliant. But there are important differences, too — beyond the fact that both albums come from cultures that have warred with each other for longer than they’ve (ostensibly) been united.

Roots really is deeply atmospheric, but it doesn’t rely on riffs or hard-hitting rhythmic movement. For most of the time in the album’s very long songs there’s a background wash of tremolo-driven distortion — rising, falling, sometimes almost pulsating — and racing, rolling, tumbling drumwork. This provides the bottom layer of these multi-faceted songs, to which Àrsaidh adds simple but affecting melodies that are carried by a variety of instruments — acoustic and electric guitar, piano, echoing flutes, synthesized strings (sometimes in the movement of a soaring chorus, sometimes the soulful voice of a single violin). 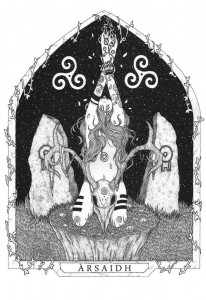 The spare melodies range from wistful to mournful to rousing and defiant. They’re driven into the listener’s mind through prolonged repetition. When combined with the power of the roaring, grinding guitar and bass and the changing drum patterns, they gave the music an almost cinematic scope and sweep, which befits Àrsaidh’s attempt to capture in the music the dramatic landscapes of the Scottish Highlands and the assorted tragedies visited upon its resilient people through time. They are musical tales of blood, loss, honor, and pride.

Carefully chosen moments of calm and relative quiet segment the music, those moments occupied by such things as the strumming of acoustic guitar, the slow thump of the bodhrán, the interplay of shimmering keyboards and bass, and a whispering voice. The album’s short third track, which follows seamlessly from the second and leads seamlessly into the final one, is nothing but the sounds of a cold wind blowing through a mountain pass. These interludes last just long enough to lull the listener into a state of contemplation — before the music erupts again like thunder.

The songs are largely instrumental. When the vocals come in, they’re like a distant, harsh roaring, as if impassioned proclamations are being howled at you from the other end of a long, vaulted hall. (Slow, distant, subdued clean vocals also make a brief appearance in the album’s closer, “A Highland Lament”).

Epic in its sweep and entrancing in its emotional appeal, Roots is an album that should be heard in a single sitting. It provides an immersive experience that manages to avoid monotony despite the length of the songs and their dependence on the repetition of musical patterns. It’s a kind of black metal that’s neither icy nor cold despite the sense of loss that pervades the melodies. It does justice to the heritage of old Alba and it should quickly elevate Àrsaidh into the ranks of atmospheric black metal bands to watch very closely.

Àrsaidh (pronounced “ahr-see”) means “Ancient” and “Archaic” in Gàidhlig, the old Gaelic language of Scotland. It’s the one-man project of “A.” (Andy Marshall), who was formerly a member of Falloch and also had a previous solo project named Askival. 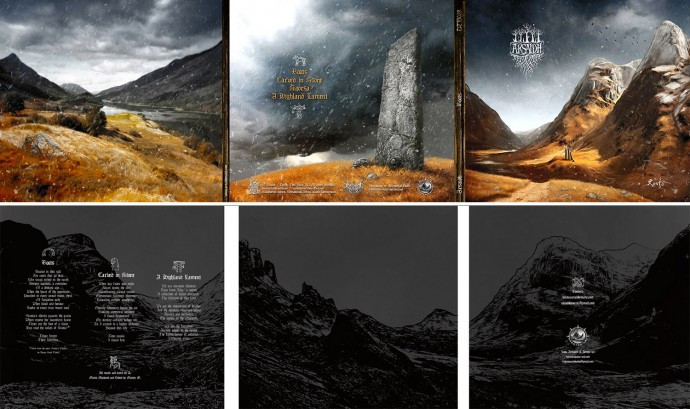 Roots is out now as a digipack CD via Darker Than Black Records and is available from the Àrsaidh Webstore and Merchant of Death. The album can also be downloaded via Bandcamp. The beautiful album art was created by Kogaion Art. A full album stream can be found below.