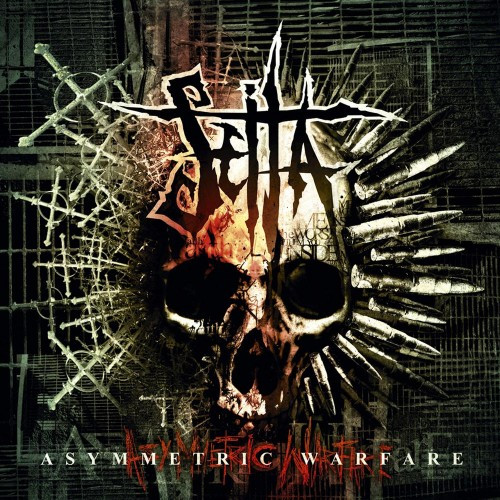 (In this post TheMadIsraeli reviews the 2012 debut album by a Brazilian four-piece based in The Netherlands who call themselves Seita.)

Let’s talk about Sepultura for a minute…

A lot of people will talk about the Big Four, the underrated Testament, or the technical wizardry of Watchtower and Annihilator, but for me the height of thrash metal was the early Sepultura catalogue before Chaos A.D. Thrash took a pretty huge turn in the late 80’s and early 90’s, where if it wasn’t going the way of groove metal it was pushing the speed limit: How fast can you go, how heavy can you be while doing it, and how absolutely visceral an effect can you produce? For me in many ways, Sepultura defined what I ultimately loved about thrash metal. The frantic sense of panic, the speed, the technicality that could be gotten away with at those high speeds — Sepultura not only had all that in the bag, they also had an astute sense of songwriting.

Their know-how of when, in the midst of their slower numbers, to ambush listeners with an orgasmic adrenaline rush of fury out of nowhere was unrivaled at the time (I present “Desperate Cry” as evidence of this), and quite frankly in my book still is. This is the kind of thrash I like. It’s focused on absolutely blistering speed, a healthy dose of technicality that is yet pointed and focused, with an emphasis on savagery. My other thrash tastes reflect this in the music of bands such as Sodom, Kreator, early early Slayer (pre-Reign in Blood and post-Show No Mercy), Devastation, Exhorder, you get the idea.

It’s been so long since I’ve received the kind of adrenaline rush from a modern band that Sepultura first gave me. I’m not talking merely about a surge of empowerment, but the kind that makes you want to start moshing in your room and destroying things in an imminent way. Seita really channel that intensity. While what they do is definitely thrash metal, it’s mostly rooted in the primal unrelenting aesthetic of Sepultura’s early work, the tribal clubbing groove of their mid-period work (Chaos A.D to Roots in this case), and the meaty heft that was found on Machine Head’s Burn My Eyes. The result is a beating you just don’t recover from easily.

The moment “The Awakening” starts, the adrenaline is surging and the whiplash is imminent. The riffs of guitarist/vocalist Michel Gambini and Edson Munhoz are relentless, full of high-speed gallops and punishing grooves as well as the kind of plain frantic bestial devastation you’ll find on songs such as “Know Your Enemies”. The music isn’t exactly technical; I think Seita just wanted to write really fucking brutal music with really fucking badass, to-the-point riffs and fucking badass vocals that sound like Max Cavalera foaming at the mouth from a possessed epileptic fit, with non-stop overzealous drumming that sticks to thrash beats and an over-saturation of double bass like the most dedicated of crusaders.

I haven’t heard anything this straight-up fucking brutal, visceral, and overwhelming in a while and I really REALLY hope to see these guys continue to kick ass like they have in Asymmetric Warfare. Not much else to say about this album in terms of analyzing it. It is what it is, and it’s fucking awesome.

Seita obviously have a Facebook. You can acquire their music from Nuclear Blast’s shop here, and I anticipate thst after you listen to the samples available, you’ll immediately be buying this.