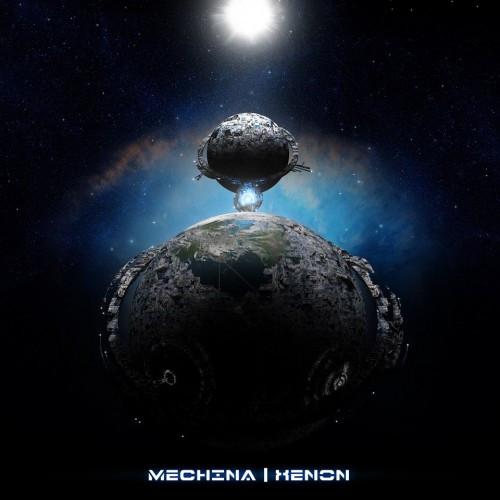 Apparently nobody else got the memo that last week was E3 week and, goddamnit, that I was going to be away from the computer, because holy crap did the news updates come fast and furious throughout the week of June 10th. A lot of these bands are going to look very familiar to readers of the site because a lot of them are in fact the same groups featured in my last round-up. However, here at NCS we try to stick with really substantial stuff since a tracklisting usually means dick to the reader unless it has something attached to it.

This week, these bands delivered in spades – some with cover art, most with new songs or videos, one with a whole new release. Regardless, it was a smattering all across the board if you love music and love shit just being heavy as hell. I’ll attach my thoughts along the way, of course…otherwise this article is going to look all sorts of wacky.

That picture you see above is artwork for Mechina’s upcoming Xenon release, which the group stated in this here post would be hitting on 1/1/14.

I can’t remember if Xenon is supposed to be a whole new disc or just a single song a la the Andromeda release. I know that in the band’s continuing trilogies they said one of them would not be an album but a smaller release. I just can’t remember if Xenon is going to be it or not. Either way, I am incredibly stoked. Mechina are one of the few bands where it actually makes sense for the cover art to be some sort of planet/sphere in space – unlike 80% of what seemed to be the go-to cover art from about 2008 to 2010.

Also, the band have been teasing fans again with their orchestral experiments, as guitarist/technical wizard Joe Tiberi updated his Soundcloud with a two-minute symphonic piece called “Alithea”, which you can listen to here: 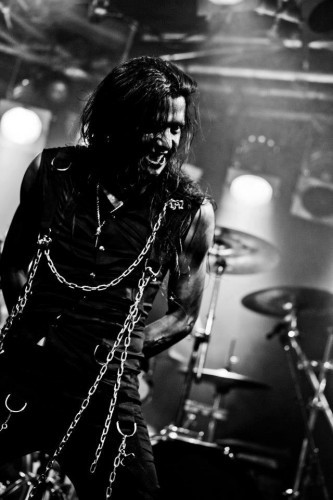 The Amenta released the excellent Flesh Is Heir in late March. Of course, like any good band they haven’t been resting on their laurels by any means and have kept busy by playing scattered shows wherever they can. The group have an upcoming tour of Australia, too, and in order to promote it have released a couple of different things on their Soundcloud. One is a forty-minute sampler of their music (which leads off with “Ego Ergo Sum”, a song I practically begged the band to play live in my interview with Tim Pope, so you all need to get your listenin’ hats on there), alongside other groups who they will be touring with, and the other is a remix of a Ruins song known as “Lightless”. Given that keyboardist/synth player Tim Pope said that he was the one responsible for the remix work on The Amenta’s Vo1d EP; it’s his work that we are probably hearing in the Ruins remix. 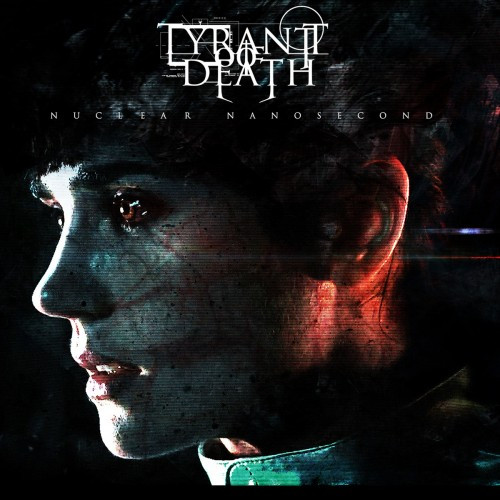 More sexy cover art for your eyes, of course. This time by mostly instrumental project Tyrant Of Death. I know in my previous round-up I made mention of the fact that there would be new music from T.o.D on June 10th, and the word has been kept. Tyrant Of Death released a new disc known as Nuclear Nanosecond – which I hope to talk about at greater lengths in the near future.

It’s another paid disc, although it’s relatively cheap. I’ve only made a couple of passes through it, and right now I feel that I still need time to decompress my thoughts about it. I had so many on the first couple of listens, mostly in excited comparison to earlier releases, and also in between, a ton of fawning over the artwork for this album. The guy is a master of Photoshop, and honestly, even if the music were to stop, so long as there’s a collage of dystopian cyberpunk-styled artwork waiting on the other end I’d still check the Tyrant Of Death Facebook religiously. There’ve been a couple that I’ve used as backgrounds. 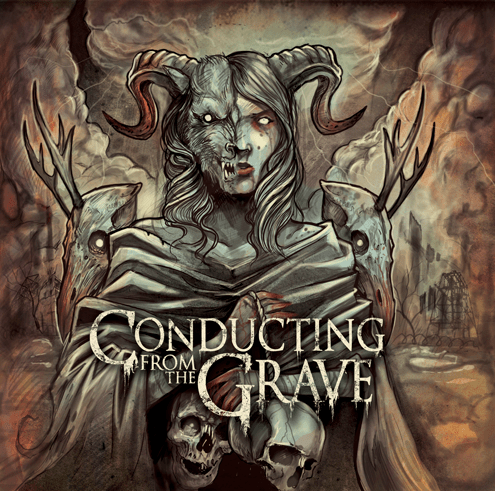 The Conducting From The Grave kickstarter is still going strong, and with a little over halfway to go the band are now sitting at a little over halfway to their goal. In honor of the fact that they reached 7500 clams in donations, the group released a second song from their upcoming self-titled disc known as “Into the Rabbit Hole”. The song itself should actually be a little familiar, because if you saw the guys on tour when they were busting out two new songs, this one was one of them. It’s definitely a weirder song for them, but considering that the song is a giant Alice In Wonderland reference it would almost have to be, right? That’s why the semi-spoken word bit and the Between The Buried And Me-esque small clean-singing section fit in so well. The rest of the song is an absolute crusher though.

Even though the band are sitting in the high eight’s now on Kickstarter, it’s time to push it, because they definitely don’t want to be panicking about whether or not they’ll hit the finish line as time ticks down. I’d love to see a physical release of this disc. I’ve also included a re-uploaded version of “Honor Guide Me!” that now includes an animated version of the album’s artwork (also revealed last week), minus the giant Kickstarter pitch up front.

And since I’ve spent the whole time crushing you guys with heavy-ass music, here’s some Steven Wilson and band performing the title track from The Raven That Refused To Sing (and other tales).

2 Responses to “A DGR ROUND-UP: MECHINA, THE AMENTA, TYRANT OF DEATH, CONDUCTING FROM THE GRAVE, STEVEN WILSON”