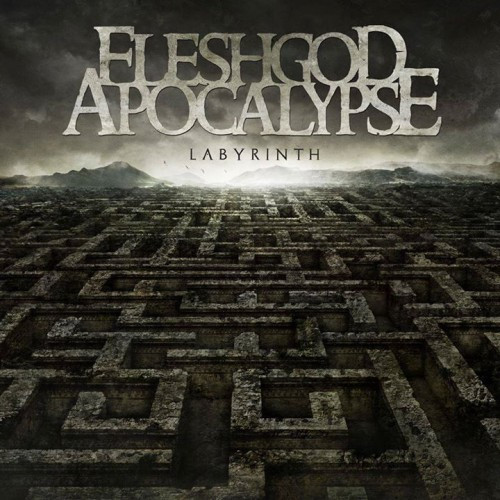 Man, what a day this has been. We’ve had so much to tell you about since the sun came up, somewhere up above the dank cloud layer in the Pacific Northwest. At least I’m pretty sure the sun is up there. The latest piece of exciting news comes from the mighty Fleshgod Apocalypse. They have just revealed the title of their new album (Labyrinth) and the cover art (above) by Colin Marks (Origin, Kataklysm), as well as the street dates: Labyrinth will be released on August 16, 2013, in Europe and August 20, 2013, in North America via Nuclear Blast.

Allow me now to share with you two quotes from the band’s announcement. First, from drummer extraordinaire Francesco Paoli:

Labyrinth is going to be THE album for FLESHGOD APOCALYPSE. It’s the perfect combination of all our strong points with the best production we’ve ever had. It’s definitely the most FLESHGOD thing we’ve ever thought with the most FLESHGOD riffs, lyrics, melodies, drum parts, solos, etc…We went deep inside the core of this music, we broke it, and we finally unleashed these eleven songs.

I want to be honest, it needed so much work and time to come up with this but now I’m like, ‘ok next time will be tough to reach this point!’ Honesty and quality pay, always, and all of you guys supporting the band DESERVE THE BEST. You might think that I’m overrating it just because it’s our ‘child’ but, trust me, this album is fuckin’ dangerous. Just take your time, listen to it and get lost into the Labyrinth.

And next, from vocalist/guitarist Tommaso Riccardi:

The concept of this album is based on the myth of the Labyrinth of Knossos and every character related to it. We focused on the philological aspect in order to represent all the elements of the classic world and, through a manic and meticulous research, we managed to create a metaphor with our times, as the maze can be associated with the endless search for what we really are. We’re sure you will be stunned by this as much as we are.

Hell, I’m already stunned and I haven’t heard a note yet.

I was already very eager to see the Wintersun / Fleshgod Apocalypse / Arsis tour in August, and now I’m even more giddy, because there will undoubtedly be new music in the FA set. Bring it on!

(thank you Vonlughlio for tipping me to this awesome news) 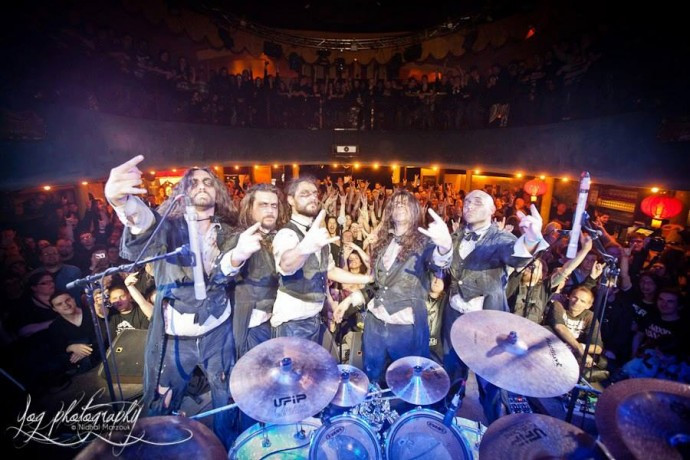