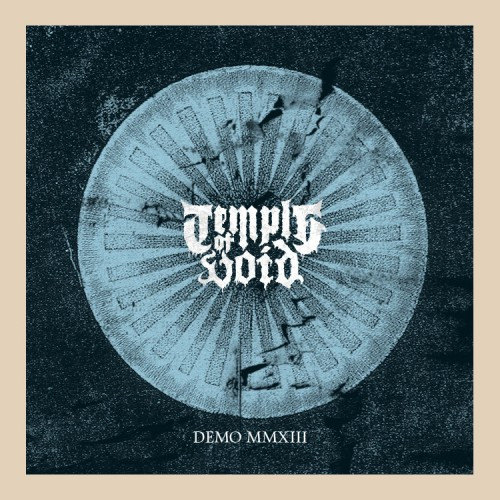 This is the first of two short, new, doom-flavored offerings that I’m reviewing today, both with the name Demo MMXII. This first one comes our way from Detroit’s Temple of Void, and it’s their first recorded output. However, you wouldn’t guess that in listening to the three songs, because they already sound like mature, self-assured creations.

I’ve already slapped the “doom-flavored” label on the music, but let me hasten to add that doom is only one of its ingredients. It does indeed feature some truly staggering, mega-weight riffs, a blanket of indigo melodies, and an often lumbering pace. But that’s not all. Also in the mix you’ll discover elements of viscera-draped death metal a la Autopsy, you’ll be pummeled by hammer blows of Bolt Thrower-style riffing, and you’ll be transported by some inspired psychedelic guitar solos.

The tempos never reach the pace of a gallop, but they do vary. The first two tracks, “Beyond the Ultimate” and “Exanimate Gaze” are fine examples. They start with massive riffs that are so damned infectious someone ought to notify the Center for Disease Control (and holy hell, the bass guitar in the intros  is absolutely titanic). And while “Beyond the Ultimate” eventually falls heavily into a dirge-like crawl, “Exanimate Gaze” spools up into a ghoulish charge that will get heads banging vigorously. 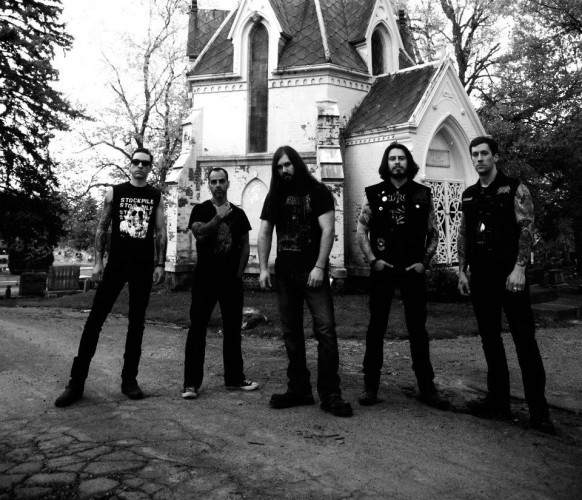 I certainly don’t mean to leave out “Bargain In Death” from this discussion. At more than 10 minutes in length, this third track is the real heavyweight of the demo. And I do mean heavy. It ranges back and forth between cataclysmic funeral doom and grisly, tremolo-picked, mid-tempo death metal, and the back end of the song also includes an extended hallucinatory dual-guitar solo that’s like a prolonged acid trip. In a genre-bending demo that’s full of eye-opening and head-cracking moments, it may be the most striking.

By the way, there is no clean singing in Temple of Void. Instead, you’ll be greeted with a mix of bestial growls and banshee shrieks. Just the way I like it.

Demo MMXIII will split skulls and crack spines, and it’s so accomplished on so many levels that you should keep your eyes on Temple of Void going forward; they’re going places.

Demo MMXIII can be downloaded or ordered on CD at Temple of Void’s Bandcamp page (link below).

2 Responses to “SHORT BUT SWEET: TEMPLE OF VOID — “DEMO MMXIII””