(In this post DGR reviews the new album by Author & Punisher, which was officially released last week by Seventh Rule.)

One of the reasons that I got into heavy metal was the abrasive nature of it. Like a lot of folks, I was drawn to the rebellious ‘fuck you!’ aspect of the style, on top of the idea that it was ugly music for the ugly side of life. As I drifted further into the scene though, one of the things that always stuck out and made me excited was the machine-like nature that the music took on as it became heavier. People would play their instruments with the sort of finesse, accuracy, and technicality usually reserved for a machine, and it never stopped being incredible to me.

That’s probably why I found myself drawn to bands like Strapping Young Lad and Meshuggah. It’s probably the reason why I spent five minutes in a bathroom once, just standing there because the fan sounded like the drum beat to “Bleed”. However, unless you’re continually searching out music that is heavier and more intense until you finally land in noisegrind territory, even the heaviest bands can eventually feel a little sterile and safe. Sometimes you have to go outside your comfort zone for music that truly challenges you, still has that edge.

I write this in order to explain why a project like Author & Punisher appears here. It’s a one-man project consisting of custom-built machines being played that creates a cacophonous sort of drone and doom with some very light dubbed elements. Author & Punisher just recently put out a disc bearing the title of Women & Children. It’s an experiment that takes on an abrasive and hypnotic air as it drags the listener deeper into layers of noise, layered upon tons of bass and drums, all moving at a slow, monolithic, crushing pace – only to be occasionally interrupted by anguished screams and distorted robotic vocals that sound more like the low hum of an engine than anything human. 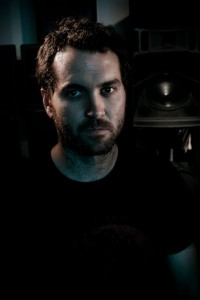 I am, admittedly, incredibly new to the Author & Punisher side of the aisle. My experience with this project actually began courtesy of our own Badwolf’s review of a show he went to. BadWolf explained that  Author & Punisher is the part-band, part-art-project of Tristan Shone, who uses his skills as a mechanical engineer to create unique electronic instruments, out of which he wrings emotionally suffocating industrial doom, with heavy elements of dub and drone music.

That sounded incredibly cool. It’s an idea that can be described with more intensity, and it could be easily construed and dismissed as something more pretentious than the music it creates; in addition, hearing the music and hearing/seeing something like this in motion have to be two wholly different experiences. These are machines (on this disc, newer ones that were created within the last two releases) that don’t really look like they serve any purpose other than to make this heavy, crawling music that lurches about and every once in a while seems to emit a tortured scream. One of them looks like a modified sewing machine and the others seem to have had no previous existence in the real world – and yet they are all played at once by one man ensconced within a monstrosity of wires and speakers.

It’s incredibly risky, too, to try and port this experience over to the audio format where at best all we can do is imagine something that we can’t see. It leaves the artist with the job of conveying what this looks like through sound alone, and that is a heavy gamble to make. However, Women & Children communicates incredibly well the otherworldly aspect of what is being used to create these sounds. There are, on occasion, things that are actually recognizable, but they lay under heavily distorted bass and a slowly marching drum that, much like many heavy machines, never let up or diminish in ferocity.

Every year I tend to find one disc that just absolutely fascinates me, usually because it’s so jarringly different than what I am used to. There may be music that I personally enjoy more, but something will always draw me back to that one disc, some sort of voyeuristic fantasy, a view into something that I have no business even trying to pretend I understand. Khonsu’s Anomalia held that title last year, with its refusal to stick to any one specific style, and it seems that Author & Punisher is making one hell of a push for that position this year. 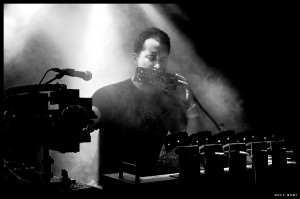 There’s something haunting about this disc – as if there’s a person actually trapped inside the confined walls that make up this music. Not only that, but it seems like he’s also being crushed alive as songs ratchet up in intensity. It’s brave that the titular opening track seems like two minutes of white noise before everything suddenly begins screaming at you, filling the room. Many of the songs on this disc actually follow that format, starting relatively soft, as if needing to warm up, before suddenly dropping into a swamp of low hums and bass. Then they get really, really loud and Tristan’s voice changes from something that sounds relatively human to a robotic, distorted being intent on repeating the same phrases over and over again. It’s not intelligible and seems to be used more for percussive effect, adding to the already relentless force with which these songs tend to drown everything out.

Then you hit a song like “Tame As A Lion” and you wind up with piano for a good part of the track, or the ending synth line to the song “Fierce”. Those parts of this CD, after a while, become more jarring than the rest of the sounds simply because they seem relatively frail and human and not like the haunted cries of some lost industrial being.

As a metal site, we’re often given to hyperbole and viscera. Gore-soaked metaphors are used to describe songs in some sort of pictorial format instead of even pretending that we can somehow convey sounds through words. Author & Punisher succeeds on Women & Children because it accomplishes a converse task, conveying visuals entirely through sound. It’s a disc which, forgive me, pulsates and writhes, crawls and vibrates, like some sort of disgusting insect, and it can really suffocate the listener. It feels alien and soaked in hydraulic fluid and oil. You can’t help but feel dirtier after making a pass through it. It’s a sound that’s like an H.R Giger painting transmuted into music. It accomplishes its intended goal of making it seem as if man has been fused with machine for it’s whole forty-one minute run time. It’s not something that you can have running in the background; it’s music that you need to drown in.

While I may not have previous experience with the earlier Author & Punisher discs, I can confirm that Women & Children is an excellent place to start, because even if this becomes the only release you ever check out from this project, I can tell you as a person new to this that it’s something that needs to be experienced. It’s not heavy metal in a traditional sense, but it’s an album that is far more metal in its ethics than you would believe.

Go HERE to listen to a full stream of the album.