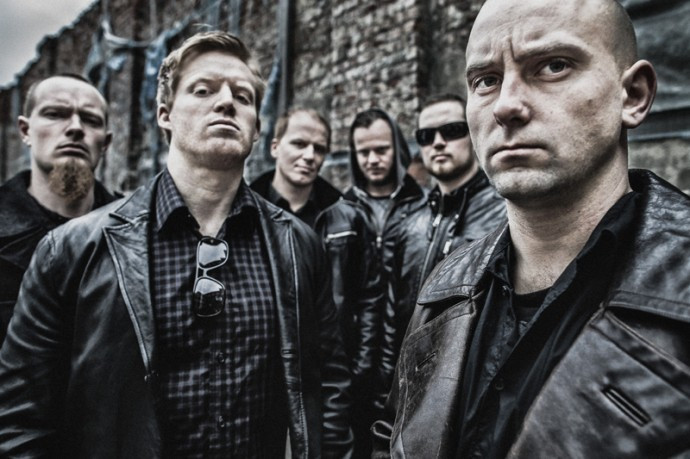 (In this 37th edition of THE SYNN REPORT, Andy reviews the discography of Norway’s In Vain.)

Recommended for fans of: Vintersorg, Swallow the Sun, Leprous

Picking bands for The Synn Report is a task unto itself (I don’t just throw darts at a board, despite what you might have heard). Many factors are involved: the genre of the band (I like to keep successive columns varied if I can), the size of their discography (basically how much am I prepared to write at any one time), and the current status of the band are just a few. I recently bumped Man Must Die up the list so as to coincide with their funding campaign for their next album, I pushed Ludicra up the list when they announced their dissolution, and the last edition was written purely because I’d been putting off writing about The Funeral Pyre for far too long!

In the case of Norwegian prog-metal mobsters In Vain, the band made it into contention purely because their latest album was just released earlier this year, and has been sitting in my “To Review” pile for far too long. So it seemed prudent to kill two birds with one stone and fold a sort-of-review of their latest release into the traditional format of The Synn Report!

Hailing from Kristiansand and active since 2003, the 6-piece are one of those groups with such a wealth of talent at their disposal it’s almost sickening. Incorporating elements of progressive metal, sombre doom, primal black metal, and a host of other styles, the group are all incredibly talented, equally capable of feats of impressive technicality and sublime creativity, but it’s vocally where they hold all the aces.

Every member (apart from drummer Stig Reinhardtsen) contributes, to a greater or lesser extent, to the tapestry of voices woven through each of their albums. The group’s two ‘main’ singers (Andreas Frigstad and Sindre Nedland) trade-off blackened snarls and booming death growls with aplomb, the latter also providing a gorgeous baritone singing voice that often steals the spotlight with its vibrant, emotive delivery. On top of this, both guitarists prove themselves capable backing vocalists, while the band’s bassist, Kristian Wikstol, has the sort of phenomenal clean voice that could front a band on its own!

So I suggest you scroll down, do a bit of reading, a bit of listening, and give these guys and their prog-metal magic a chance to win you over! 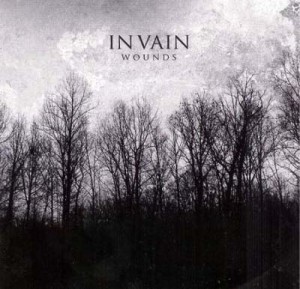 The band’s debut release (not counting the preceding three-track demo) was a short, four-song EP which hinted at the unique perspective and style they would go on to develop.

The unconventional swing of “October’s Monody” certainly introduces the band on the right note, transforming from its chirpy, unconventional opening bars into something far more focussed and aggressive, mixing scything tremolo runs with strange, waltzing staccato rhythms. The middle section of the song shifts into a mournful acoustic lament, building slowly towards a series of clever instrumental flourishes, before climaxing with a stomping prog-death riff-out.

“Det Rakner!” starts out with something of a doomy flavour to it, but this is soon interrupted by a frantic series of needling, angsty riffs and wild vocal contortions, flirting with dissonance while maintaining at least a semblance of structure and direction. A dramatic clean vocal refrain re-aligns the track with its flowing melodies and spiralling guitar lines, leading to a sequence of ambient interludes and ferocious death growls, before its calm and considered finale.

The ominous “In Remembrance” maintains some of the doomy stylings of its predecessor, but accentuates the darkness with a greater proportion of aural violence and twisted, steely rhythms. The hammering, pummelling riff work is broken up by odd injections of warped saxophone sounds, and balanced out by an undercurrent of tenuous melody.

The EP concludes with “Epilogue: Alene”, a piano- and string-based almost-instrumental that treats its minimalistic vocals as merely another instrument designed to contribute to the track’s overwhelming aura of sorrow. 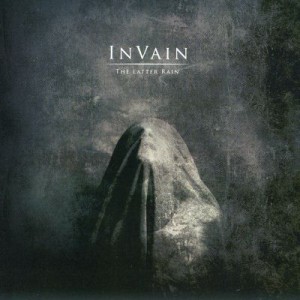 By the time of their first full-length release the band had solidified their (remarkably consistent) line-up as a six-piece and were poised to further develop their obtuse take on the prog-metal formula.

The title track serves as a grandiose introduction to the album, which bursts into life with “In The Midnight Hour”, all driving drums, majestic keys, and sublime harmonised riffage. The vocals roar with new-found power, with a short, soothing interlude guiding the listener into the second half, moving from resonant clean vocals, through a stupendous solo, towards a brilliantly progressive conclusion.

Re-recordings (with some reworking) of both “Det Rakner!” and “October’s Monody” follow, their early potential now fully realised, before the sprawling, melodic grandeur of “Their Spirits Ride With The Wind” takes things in an unexpected direction, mixing slow-burning, doomy guitar work and captivating vocal melodies to express a mournful appreciation of Native American culture (something that re-occurs on subsequent albums).

The firework fretwork and all-conquering vibe of “I Total Triumf” bring to mind the band’s countrymen in Leprous at their most focussed and metallic, its stratospheric guitars and swooping lead parts shining with an irrepressible spirit, balanced by hammer-blow riffs and booming drums. The unexpected left-turn into Ulver-ian ambience, replete with smoky saxophone melodies, is a clever twist to the tale, before everything ties together nicely in the final minutes as the band return to the fiery intensity of the song’s early bars.

The thunderous groan of “The Titan” provides one of the band’s most explicitly political works, warning of the rise of a totalitarian one-world order. Its hanging riffs and monstrous vocals grind away with monolithic force, haunted by teasing string and synth lines, while a frail melodic interlude provides a breathing space before the song’s stunning solo section and string-led climax.

“As I Wither” is a seething cloud of ferocious tremolo work and chaotic, angular riffs, with a glorious, uplifting clean vocal section planted firmly in the middle to anchor things, while “Morning Sun” is a tender instrumental interlude that serves as a transition into the album’s finale, “Sorgenfri”, which melds snappy, agile drum work with undulating, serpentine riffage and a languid, melodic undercurrent.

Still my favourite of their albums, The Latter Rain positively bursts at the seams with its multitude of strange influences and odd, avant-garde reinterpretations of familiar metal themes, making it an effortlessly enjoyable, eminently intriguing listen from start to finish. 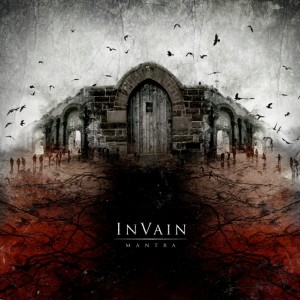 The band’s second album is made up of nine impressively long and varied compositions, ranging from the aggressive to the avant-garde, often within the same song.

“Captivating Solitude” is a fantastic opener, a real slow-burner that draws the listeners in with its subdued acoustic beginning before washing over them in a tidal wave of epic, doomy guitars and reverent keys. A moody clean vocal section takes the lead several minutes in, the drums and guitars maintaining their powerful, marching pace, before a shivering guitar solo comes into play, signalling the beginning of the song’s final act.

“Mannefall” recalls Swallow The Sun at their most death metal-inclined, but with an undercurrent of frantic desperation that comes through in a mix of writhing screams and rumbling growls. The second half of the song is a revelation, introducing a series of towering melodies and piercing guitar lines, which culminate in a singular, spiralling lead melody that ties the whole thing together.

The unexpected Americana of “Ain’t No Lovin’” precedes “On The Banks Of The Mississippi”, whose crashing cymbals and thrumming chords provide the perfect backdrop to a series of melancholy sung refrains, interspersed with moments of dark, dramatic death vocals. This is followed by the ominous, looming atmospherics of “Dark Prophets, Black Hearts”, which builds from a truly thunderous opening into a frenetic run of jabbing riffs and sweeping tremolo melodies, with the drums setting a punishing pace throughout, incorporating moments of stunning death metal power, whirling prog-metal complexity, and soothing acoustic ambience.

“Wayakin (The Guardian Spirit of the Nez Perce)” marries the band’s grasp of patient, prog-metal power with unconventional Native American vocal melodies and ululations, leading up to a massive explosion of sonic force, while “Circle Of Agony” refuses to stand still or be pinned down to one particular genre or style, taking some impressive (and unpredictable) detours through mountains of feral aggression and valleys of softly shimmering, string-led ambience.

The album concludes (barring a bonus re-recording of “In Remembrance” from the Wounds EP) with the grand emotional tumult of “Sombre Fall, Burdened Winter”, which encapsulates in one song the epic scope of the album, from its howls of loss and frustration to its languid, omnipresent undercurrent of sorrowful melody.

Doomier and darker than its predecessor, Mantra finds the band simultaneously cementing their identity and stretching their wings to cover more unexpected and esoteric musical styles.

The band’s third full-length was released earlier this year, and has been gathering glowing reviews ever since. The stunning “Against The Grain” kicks things off. The guitars are absolutely massive, the drums gargantuan, the growls monstrous, but it’s the clean vocals that take the cake with their utterly hypnotic delivery, peaking with a fantastic, multi-layered chorus of mesmerising melodic complexity.

“Image of Time” keeps the energy levels high with its lithe, swaying guitars and furious, stomping drums. Nedland’s death growls are delivered with a new level of confidence and power, without subsuming the gnashing savagery of Frigstad’s blackened snarl. The song’s already impressive arrangement of clean vocals is given a further boost by the guest appearance of Sindre’s brother Lars (of Borknagar/Solefald fame), who adds his own distinct flavour to the track.

After the (somewhat disposable) interlude of “Southern Shores” we are welcomed into the warm embrace of “Hymne Til Havet”, a folk-influenced melodic monolith of a song, which engulfs the listener in vast waves of driving, majestic guitars. This is followed by the heaving onslaught of “Culmination Of The Enigma”, whose rampant drums, crushing staccato riffs and deep, bestial growls combine to devastating effect, aided and abetted by a series of wrenching, hardcore barks and scything tremolo parts.

Death metal is as death metal does, and “Time of Yore” certainly lives up to this statement with its contorting riffs and propulsive, gale-force drumming. Once again the massive death growls of Sindre Nedland take the lead vocally, leaving Frigstad’s icy screech to lurk menacingly in its wake, occasionally leaping to the fore as the song blasts and batters its way through a series of rippling, muscular riffs and clever shifts in style.

The powerhouse groove and rolling thunder of “Rise Against” ducks and dodges with weaving melodic grace, leading up the bruisingly heavy “To The Core”, whose adrenaline-inducing drum work and riotous riffage show off the band at their darkest and most dominating, Subtle seeds of melody are planted early on, concealed beneath the shade of heaving guitars and caustic death vocals, only to bloom later on into a soaring climatic chorus.

Heavy on atmosphere and enigmatic melody, “Floating On The Murmuring Tide” brings the album to a close, weaving together almost every element of the band’s sound into one complex composition. The multitude of competing vocal styles all combine and contribute to the greater whole, dancing nimbly around sections of groaning Scandinavian death metal riffage and calm acoustic interludes, providing a clear thread of truth and consistency that binds the whole thing together.

Sample song: “Against The Grain”