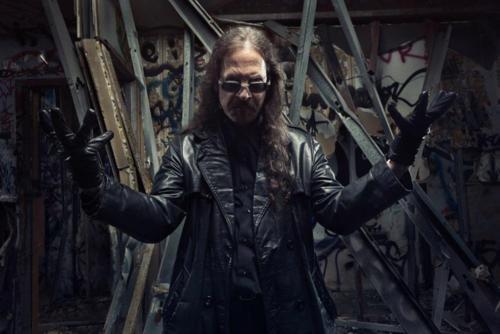 Okay, sorry about that somewhat misleading headline. I couldn’t resist (and I did put the word “briefly” in there).

Cryptopsy’s first two albums, Blasphemy Made Flesh (1994) and None So Vile (1996) are widely (and rightly) regarded as death metal classics, and the disgusting vocals of Lord Worm were a key part of the music’s violent impact. He left the band in 1997, returned long enough to record Once Was Not (2005), and then departed again.

However, at the Amnesia Rockfest in Montebello, Quebec, on June 15, 2013, Lord Worm joined Cryptopsy on stage, sharing vocal duties with the band’s current growler Matt McGachy. Today, a 9-minute video surfaced on YouTube showing Lord Worm performing a medley of tunes from Blasphemy Made Flesh. The audio quality is iffy (among other things, the volume randomly goes up and down), but it’s damned cool to watch . . . which you can do next.