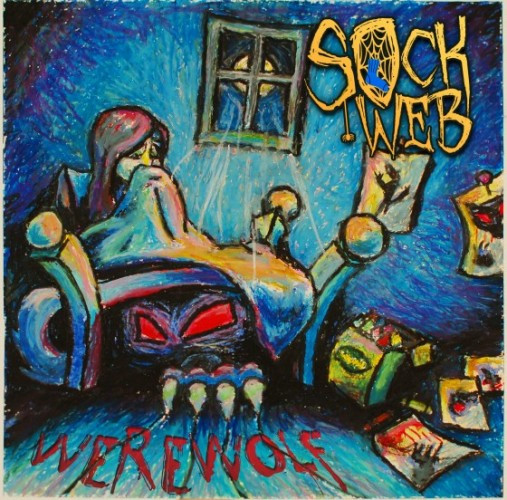 And then I saw an announcement that first appeared late last week which caused me to reconsider: Not only have The Sockweb duo recorded a debut album (Werewolf), it’s being mastered by none other than Scott Hull (Pig Destroyer, Agoraphobic Nosebleed) and it will include guest appearances by Kat Katz (Agoraphobic Nosebleed), Joe Torchia (Flux Conspiracy), Erik Ebsen (Spiralmountain), and Jonathan Chun (Azure Noise, Ozoru Hammer). And so I relented, I shoved the monster back in his cage, and I listened for the first time to the four songs that are now out. And I was glad I did.

Yes, it’s true, there’s something going on here besides novelty and cuteness. There are vicious riffs, skull-splitting grooves, decimating drum flurries, unexpected guitar melodies, and bleeding-raw vocals that do NOT sound like they’re coming from a child of either gender. Some of the harsh vocals are clearly coming from daddy Adam “Blacula” Young, or in one case from Erik Ebsen, but the banshee howls of Joanie “Bologna” Young definitely hold their own. In other words, the music is definitely worth hearing wholly apart from the novelty factor.

Werewolf will be released by our friends at Monolithic Records on August 6, and more details can be obtained here. Below, you can listen to three Sockweb songs, and a fourth (the most recent and longest one) is exclusively streaming at this location. If you haven’t heard this stuff yet, lock up your own cynic-monster and check ’em out.

Station Dysthymia are from Novosibirsk in Siberian Russia. What first hooked my attention to this band (after seeing a reference to them by Kim Kelly on FB) was the name of their forthcoming debut album: Overhead, Without Any Fuss, The Stars Were Going Out. That title was drawn from the last line of one of the first sci-fi short stories I ever read, one that remains a favorite, Arthur C. Clarke’s The Nine Billion Names of God (here).

But that was only what peaked my curiosity. The first song made available for streaming from the album is what sealed the deal. Its name is “Ichor”. It’s over 18 minutes long. It’s worth every minute.

This is funeral doom that conjures images of mountains tumbling into the sea, stars falling from the sky, the sun going out. It is, of course, massively heavy and staggeringly slow, and the vocals are as abyssal and ghastly as you could want, but the reverberating clean guitar melodies bring an ethereal, hypnotic kind of peace to all those feelings of dread, grief, and collapse. Extremely impressive and thoroughly engrossing.

Station Dysthymia’s debut album is scheduled for release by Solitude Productions on July 1. The band’s previous EP, Only Gray Days, is available for streaming and free download via the Soundcloud link below. After the links, I encourage you to settle in and listen to “Ichor”. 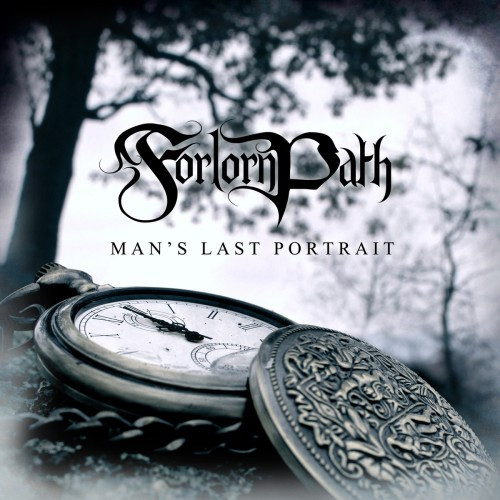 I came across this band thanks to a link yesterday from my NCS comrade TheMadIsraeli. Well, that’s not exactly correct. I’ve since discovered numerous e-mails about the band from various sources, sitting patiently but neglected in my in-box, some going back to January 2012 and others arriving as recently as last month. There’s no telling what other undiscovered treasures my in-box may hold, but at least I finally found this one.

Now I have belatedly come to learn that Forlorn Path are from New Brunswick, New Jersey, and that they released a debut album earlier this year by the name of Man’s Last Portrait, which is available for free download at Bandcamp (here). The song to which TheMadIsraeli pointed me is named “Words Only Wind Can Speak”, and it’s embodied in a lyric video. The music is by turns sorrowful, beautiful, and crushing, a melding of doom and melodic death metal with a blackened crust and a symphonic shroud, and with vocals that sound of ash and splinters.

This is also one of those rare occasions when it’s worthwhile seeing a metal song’s lyrics while listening. They are a meditation on nature (and its destruction) that takes a dark and angry turn. I thought they enhanced the eloquence and grandeur of the music, and the accompanying photographic imagery is effective as well. Check it out below — it has definitely peaked my interest in the album as a whole.