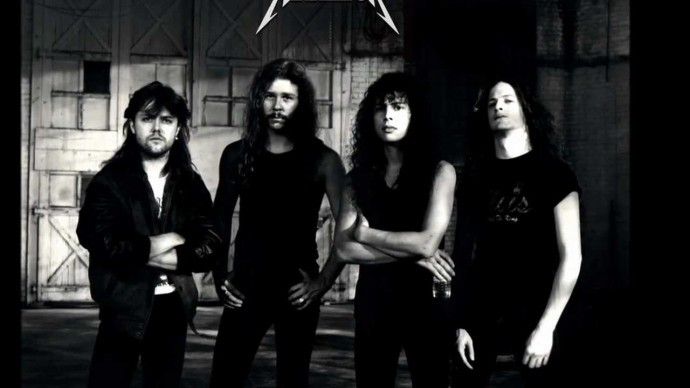 Earlier this week, I posted an article listing five albums that changed my life, the ones that led me down the path into heavy music, and invited readers to share their own lists. I can’t claim credit for the idea — it was inspired by a similar article written by Topon Das of Fuck the Facts. But it has turned out to be the most-read piece at NCS this week and it led to a lengthy and fascinating group of comments — 100 of them so far — in essence a collection of short memoirs about personal musical journeys. It has spawned more posts along the same lines at NCS (with more to come), and now the idea has spread to another blog.

This morning, fellow blogger Full Metal Attorney posted his own list of five albums that changed his life. In the preamble, he explains why the idea for this kind of list has proven to be so interesting:

“This isn’t, ‘What are your five favorite albums?’ That’s pertinent information, yes. But it only tells of current taste. It doesn’t tell you anything deeper. But this question asks for your history, your personality, your memories. It invites you to tell a story.”

Full Metal Attorney’s list, and the explanations for the five albums that appear there, is yet another personal story. I won’t spoil the discovery of what’s on there, but I’ll say it includes two albums that I didn’t see coming.

Selfishly, I hope this concept spreads further, because I’m finding these lists very interesting to read. In some cases, I’ve been discovering albums I had neglected. In every case, I’m discovering something intimate and honest about the lives of the people who have been sharing the lists, and really, that’s not something you frequently see on the metal parts of the interwebz.

I have my own ideas about how to do more with the idea at NCS. But while those ideas take form, I encourage you to go check out Full Metal Attorney’s list — HERE. And it’s not too late to leave your own list as a comment to our original story