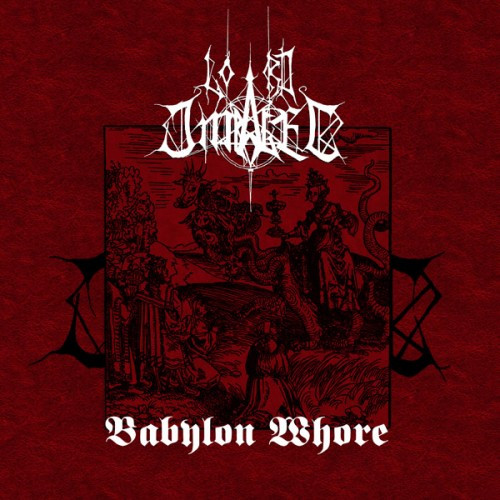 Man, it’s hard to believe that an entire year has passed since I first heard (and reviewed) Lord Impaler’s debut album, Admire the Cosmos Black. A full year has indeed come and gone, but not without a small anniversary present. Last week Lord Impaler released a digital EP available on Bandcamp by the name of Babylon Whore. It consists of two songs, it comes with a 6-page digital booklet, and it once again delivers some damned potent black metal from this under-recognized group of Greek marauders.

The title track “Babylon Whore” cuts right to the bone, right from the beginning. The music roars, moans, and vibrates with arcane energy, and the tremolo-picked melodies carry an atmosphere of sickness, while Tragon’s vocals are caustic enough to raise welts on your skin.

“The White Dream of Ziz” begins in a similarly blasting and ripping manner, but the assault is divided by a slow, morbid interlude with spoken-word vocals, and there is a kind of melancholy beauty in the song’s rippling guitar melodies.

One of the most striking aspects of Admire the Cosmos Black was the participation of the legendary Hellhammer on drums, and while he wasn’t involved in this EP, the new session drummer George Trakas (Mass Infection) is awfully good in his own right.

Only two songs, but Lord Impaler have created another winning combination of ferocity and atmospheric melody. Check out the music below.

One Response to “SHORT BUT SWEET: LORD IMPALER – “BABYLON WHORE””